Skip to content
You are at: Home » Coinbrief » Bitcoin » Bitcoin Banking: Farewell to Fractional Reserves

This article is the second installation in our two part series on Bitcoin banking and its impact on business cycles. In the first part, we provided a very basic outline of how fractional reserve banking creates business cycles in an equilibrium setting. We concluded that business cycles mainly originate from the shifts caused in an economy’s capital structure when banks use funds from demand deposits to expand credit.

In this second installation, we will provide a basic vision of how Bitcoin banking would work in terms of preserving the pure time preference interest rate. From there, we will discuss how Bitcoin banking’s ability to preserve the pure time preference rate of interest would prevent banks from expanding credit and creating business cycles. Lastly, we will bring to light the fact that central banking very well may continue to exist in a Bitcoin banking system, and how a government’s requirement that taxes be paid in central bank notes leaves open the possibility of central banks retaining the ability to create business cycles.

Bitcoin Banking: The Limitations of Credit Expansion in a Bitcoin Economy

How can Banks Appropriate Demand Deposits Without Patrons Knowing About it? 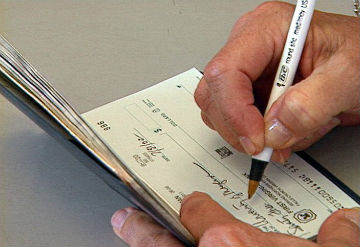 In the previous article, we established the difference between a time deposit and a demand deposit. Additionally, we concluded that, in a free market, banks could not use funds from demand deposits to make loans, since that money has been allocated towards consumption and hoarding, and depositors are under the impression that they can withdraw the entirety of their funds at any time with no penalties or delays. Money, therefore, can only be lent out of time deposits in a free market, because the owners of these funds have relinquished all availability of their money for a certain period of time, expecting to receive a larger sum of money at the end of the term as compensation for granting a loan to the bank.

However, banks have always, throughout history, appropriated funds from demand deposits while keeping the full amount on the accounts’ balances available to the depositors. This practice essentially creates money out of thin air, the main consequence of which is the business cycle that we discussed in the previous article.

Banks have been able to make use of demand deposits while keeping the depositors’ account balances unchanged because there has been no way for individuals to audit their accounts and see if their deposits are still there. Essentially, bank patrons just have to trust that the bank has enough cash on hand to allow patrons to withdraw from their demand deposits to make every day purchases.

The Impossibility of Demand Deposit Appropriation Under Bitcoin Banking

Under Bitcoin banking, though, individual audits of accounts would be available. Given that the blockchain is a public ledger, accessible to everyone, bank patrons would be able to check and see if their money is available at any time. Additionally, banks would not be able to appropriate funds from a demand deposit, because the owner of those funds would be able to see the transaction take place immediately, and would be able to demand that his or her deposit be redeemed instantly.

It is highly possible — even likely — that individuals would not even put their bitcoins into a demand deposit bank account in the first place. Since there is virtually no storage cost for Bitcoin, and Bitcoin wallets can be made just as secure as a bank account, it is not too much of a stretch to say that most people, if not all, would consider it unnecessary to deposit their bitcoins into a bank account. They can use a hot wallet with an encrypted backup for their daily purchases, and keep their cash holdings in an encrypted offline or paper wallet. Thus, individuals in a Bitcoin banking system would be able to keep their money just as safe as if they had put it in a bank account, without having to trust a third party to ensure the full availability of their funds.

Therefore, since Bitcoin removes the need for individuals to keep funds that have been allocated towards consumption and hoarding in a bank account, it would be impossible to diverge the market interest rate from time preferences. If there are no demand deposits for bankers to appropriate in the first place, then interest rates cannot be artificially lowered, and production will not shift in a way that creates business cycles.

The Basic Premise of “Pure” Credit Under Bitcoin Banking 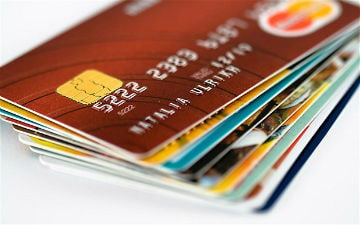 Since most people would likely choose not to place their funds into a demand deposit with a bank — and since the ones that would open a demand deposit account would be protected from appropriation by the blockchain — a system of “pure” credit would arise under Bitcoin banking.

As we learned in the previous article, the free market interest rate would be based on time preferences, which are reflected in the ratio between time deposits and demand deposits. Additionally, since bankers would not be able to appropriate demand deposits in a free market, the quantity of money in time deposits would, ceteris paribus, be the major factor in determining interest rates for bank loans and bank-led investment projects.

Under Bitcoin banking, where demand deposits are largely nonexistent, and the ones that do exist are safe from appropriation, it is only logical to conclude that only money from time deposits could be allocated towards investment projects. Consequently, we get a de facto version of a 100% reserve banking system; even if there is no legal mandate that banks must keep 100% of their demand deposits on reserve, the nature of Bitcoin and the blockchain would make it impossible for banks to act otherwise.

As a result of the de facto 100% reserve system that would arise under Bitcoin banking, interest rates would only be determined by time preferences, and the capital structure could not shift in a way that would produce macro-level inefficiencies. There would, of course, still be business failures due to shifting demands and entrepreneurial failure, but these kinds of business failures in no way create economy-wide slumps.

Bitcoin Banking Under a Central Bank 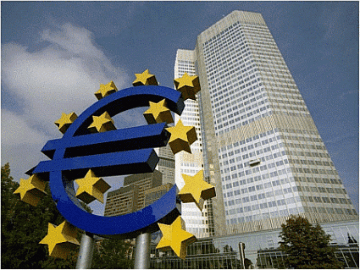 A Bitcoin banking system would not entirely put an end to the creation of business cycles as long as there are still central banks. If a government continues to require that taxes be paid in its own legal tender, which is solely issued by a legally created central bank, then the fiat currency in question would still play a major role in the economy. Wages would continue to at least partially be paid in fiat, merchants would still accept it, banks would still keep fiat reserves, and fiat loans would still be issued by banks. Essentially, everyone would still accept and use government fiat currency, because everyone must possess it in order to pay taxes.

The central bank could therefore create business cycles by injecting fiat liquidity into banks so that the banks have reserves in excess of 100%. These surplus reserves would allow banks to make loans and engage in investment projects without having to appropriate demand deposits, which we know would be an impossible task under Bitcoin banking. Thus, the same business cycle process that we outlined in the previous article would continue to occur; the central bank’s fiat injections would allow banks to decrease their interest rates below that which is determined by time preferences, leading to investment activities that alter the capital structure in a way that creates economy-wide booms and busts.

Therefore, to conclude, Bitcoin banking would have a serious potential to diminish the banking system’s ability to produce business cycles. However, central banks would still pose a major threat to economic stability, regardless of Bitcoin’s positive effects, as they would still retain the power of creating fiat money and giving banks excess reserves.