Skip to content
You are at: Home » Coinbrief » Bitcoin » App Review: Mycelium Bitcoin Wallet for Android

The Mycelium Bitcoin wallet is a great Android app that provides many useful features for intrepid Bitcoiners, including aggregated key management and GPS-assisted local trading. While there are some minor issues, this is a solid wallet that has nearly everything a Bitcoiner needs.

The Mycelium wallet arguably has the best and most advanced Bitcoin key management system on Android. These features can only be enabled by going into settings and enabling Expert Mode — but once switched on, it allows streamlined management of many different Bitcoin addresses.

It’s easy to create a new address for personal use, or import existing private keys in order to spend Bitcoin from Mycelium. There are several different methods for importing keys — Mycelium can scan a QR code, copy an address from the device’s clipboard, or import a backup from the “Bitcoin Wallet” client by Andreas Schildbach. 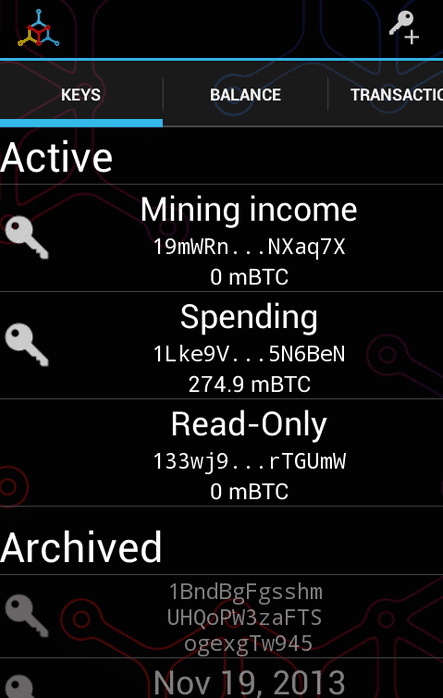 Mycelium even has support for Bitcoin watch-only addresses whose balances can be monitored, but not spent from. This allows the interesting ability to “stalk” someone else’s Bitcoin address, and keep track of their money — or simply keep track of one’s own address without needing to spend the money from Mycelium.

However, the most innovative feature in terms of key management is the aggregate view of all addresses. By default, Mycelium only operates on one address at a time, which can be switched at the Active Keys screen. But once aggregate view is enabled, the Balance shown on Mycelium’s main screen includes all of the Bitcoin from the current active addresses.

For people who use many different Bitcoin addresses for different purposes, this feature is invaluable. It’s possible to have up to 10 active addresses included in Mycelium’s aggregated balance — and some of them can even be watch-only addresses whose private keys never have to be imported. This feature makes it a breeze to manage multiple personal addresses.

Another innovative feature of Mycelium is the inclusion of GPS-assisted local Bitcoin trading. Like a mini-version of Local Bitcoins built right into Mycelium, the app will find nearby traders who want to buy or sell digital currency. Each trader has a Bitcoin price, a desired range of volume, and a reputation score. 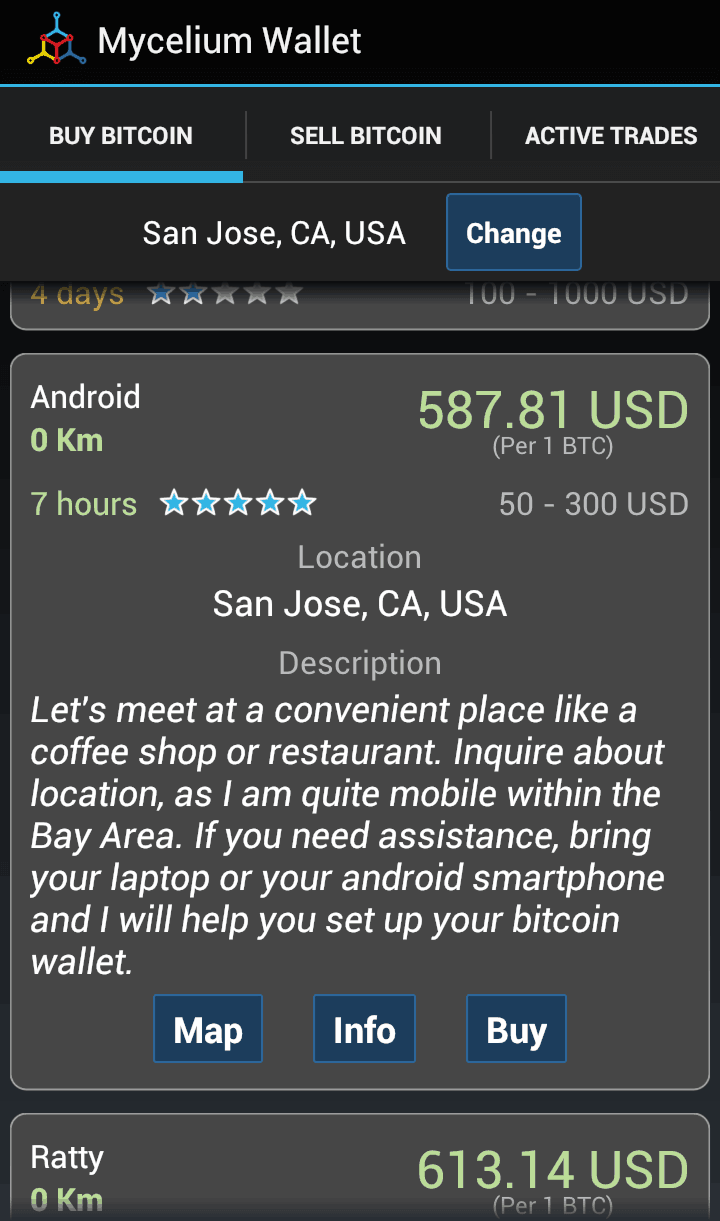 When creating a buy or sell advertisement, there’s a ton of freedom in choosing how the price is calculated. The price can be based on the exchange rate from Bitstamp, Coinbase, Kraken, BTC-e, BTC China, or BitcoinAverage, and modified by negative or positive percentage points.

For instance, let’s say I want to buy Bitcoin as fast as possible. I can open up Mycelium and not only find a reliable seller nearby, but also create an advertisement for future buys as well. Setting the price at Bitstamp +10% would ensure that I get many eager sellers who want a good deal on USD. 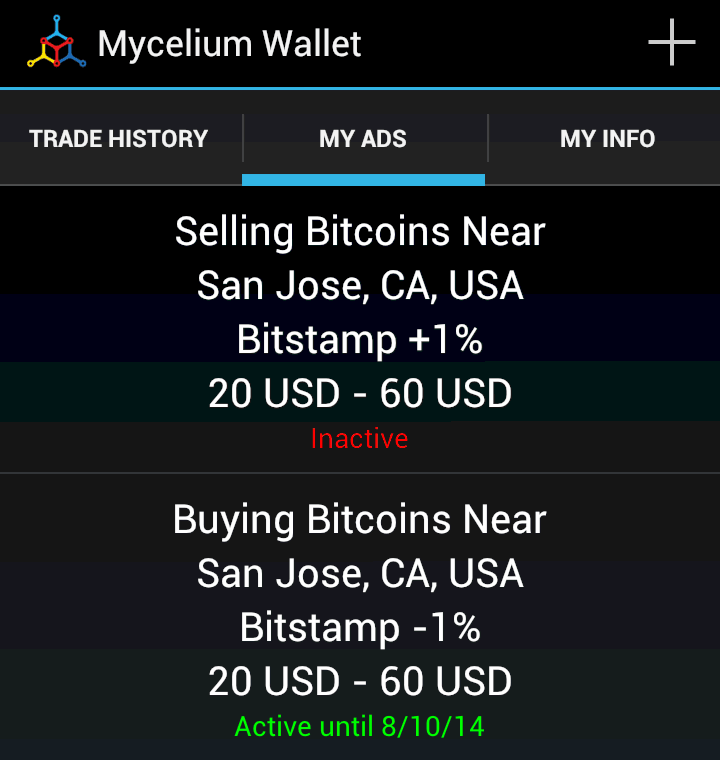 In terms of local trading, Mycelium is a step above its closest competitor: the Hive Bitcoin wallet for Android. As I mentioned in my review of Hive, it has a native app for Local Bitcoins, but only online trading is currently functional. There’s no way to actually search for traders geographically nearby — and in that respect, Mycelium is superior.

However, the Mycelium Bitcoin wallet isn’t without its flaws. There’s no Android push notifications for incoming payments, which means you have to open up the app to check whether someone paid you. This feature should be a no-brainer for all mobile Bitcoin wallets, but it’s conspicuously absent in Mycelium.

The fee structure is also too simplistic. The mandatory miners fee is 0.0001 BTC (about 6 cents) per transaction — this ensures the payment gets processed in a timely manner, but it can be impractical when moving small amounts of Bitcoin between one’s own addresses. This was an especially annoying “feature” when the value of Bitcoin was above $1000, which meant the Mycelium miners fee was a dime for every transaction, no matter how small. The developers should add an option to reduce the miners fee for low-priority transactions, especially if the Bitcoin price continues to rise.

It would also be nice to have more customization options for entries in the address book. Currently it’s only possible to add custom names for each Bitcoin address — perhaps in the future, Mycelium will allow custom pictures as well (like Hive does) or even the ability to group addresses into categories.

Mycelium is a very good option for storing Bitcoins on an Android device, and it provides the advanced key management that hardcore Bitcoin users can take advantage of. The local trader feature is an innovative addition to a good wallet like this, and right now it’s the best way for a local trader or manage their funds on Android. This would be a fantastic wallet if it weren’t for its glaring flaws, so for that reason I give this wallet a solid 4 out of 5 bits.