Skip to content
You are at: Home » News » Weekly Round Up: Mt. Gox keeps going down, Android security flaw affects Bitcoin wallets and BitInstant gets sued

Lots of new features and services, a lawsuit and a security vulnerability solved within days: these are just some of the issues that made our week. Take a look at the main events of the last seven days with Bitcoin Examiner’s usual weekly round up.

Send or receive your Bitcoins on iOS with Gliph

Gliph has completed its integration in Coinbase: this new feature allows the digital identity platform users to quickly create a Coinbase account and send or receive Bitcoin using an iOS app. According to Coinbase, which presented the new feature at the company’s blog, Gliph uses “the Coinbase API in a way that lets people send Bitcoin using a chat messaging interface. Rather than use Bitcoin wallet addresses, users simply connect and then send Bitcoin back and forth”.

Once upon a time, Mt. Gox controlled more than 80 percent of the market share. But that has changed: the exchange has been suffering a gradual loss in the last months: the platform is now responsible for less than 50 percent of the market transactions. Although the total volume of transactions was relatively low during this week – 218,646 BTC were traded during this period -, the numbers are representative of the reality.

Poolfa is the new Persian website dedicated to Bitcoin

If the creation of Coinava – the first Iranian BTC exchange – wasn’t enough to prove Bitcoin’s power in one of the most closed nations on the planet, maybe Poolfa.com can do it. We are talking about the first Persian website dedicated to reporting news and stories specifically about Bitcoin and other forms of cryptocurrency. However,  Poolfa is not only a news website, but especially a virtual place that intends to educate the Iranian people on the possibilities of Bitcoin.

Besides the information, the platform provides a Bitcoin and Litecoin P2 pool for the visitors and is developing a Persian Bitcoin Wiki, where the team will gather all the basic information about digital currency. And then there’s the Bitcoin forum (run by bitcointalk.org), also created and managed by the Poolfa team. 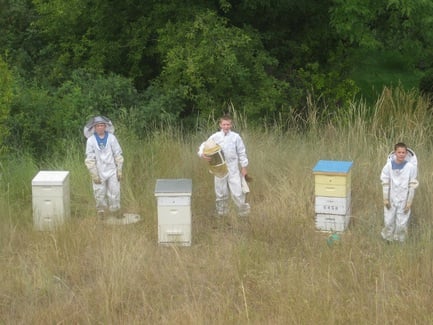 By now, almost everybody in the Bitcoin world knows the Bees Brothers, from Cache Valley, Utah. With only 14, 13 and 10 years old, the siblings Nate, Sam and Ben Huntzinger are probably the youngest cryptocurrency entrepreneurs on the planet. Although their success started almost by chance, when the boys caught a hive of bees a few years ago, now they have a small business and a healthy “obsession” with digital currency.

Bitcoin Examiner interviewed the boys and learned that they already mined their first Bitcoin. Check the complete article and the interview here.

The well-known Bloomberg terminal already has a Bitcoin ticker, but for now the feature is only available to the platform’s employees. The terminal is a computer system that gathers real-time financial market data and place trades, making the information available to finance and industry professionals that use the Bloomberg Professional service.

The Bitcoin ticker, which is probably still being tested, has recently been released, collecting the data from Mt. Gox and Tradehill.

The discovery of a severe vulnerability in the Android implementation of the Java SecureRandom (a random number generator) – which generates the random private keys that make each Bitcoin transaction unique – was definitely the news of the week. As a result of this vulnerability, the private keys used to operate and sign the cryptocurrency transactions on Android devices could be determined for a while, allowing attackers to steal over 55 BTC.

To avoid further problems and solve the problem, Bitcoin.org warned every user to the immediate necessity of rotating to a new address and, in the meanwhile, the four wallets affected by the flaw were updated. 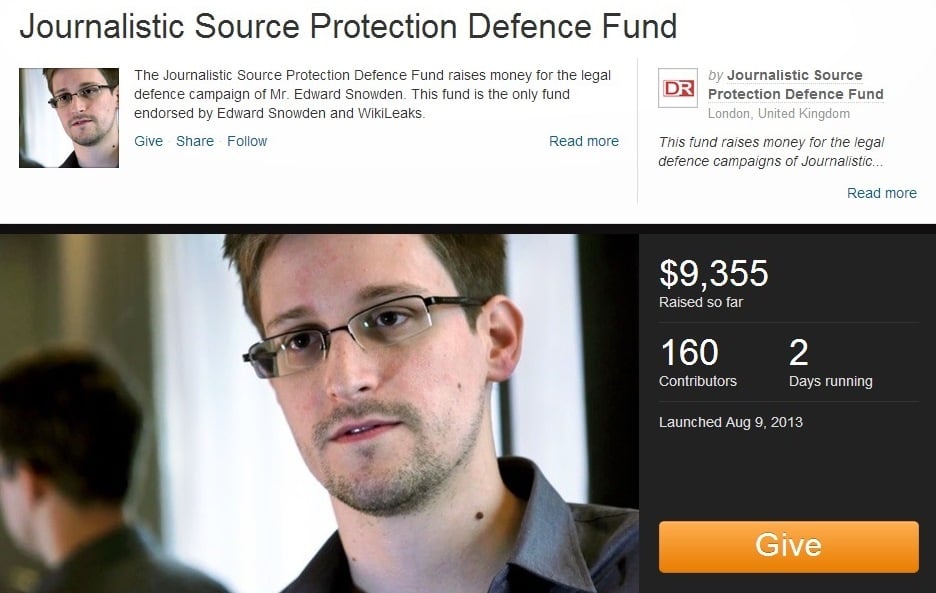 After creating the Journalistic Source Protection Defence Fund, Wikileaks announced the center of its first fundraising: Edward Snowden. The fund, which raises money for journalistic sources’ legal defence, has chosen to support the man who revealed the truth about PRISM and the North-American surveillance program.

Besides the usual forms of fundraising – such as credit cards, cheques or PayPal -, the fund is also accepting Bitcoins. Edward Snowden, who was a consultant for the National Security Agency (NSA), is currently in Russia, where he has been granted temporary asylum.

As Bitcoin grows worldwide, even in the least expected countries, we decided to focus on Australia this time and try to find out how’s the cryptocurrency scene evolving in the land down under. We talked to Jason Williams, who is one of the funders of the Sydney Bitcoin Users Group (BitcoinSYD) and one of the Bitcoiners who is working to create the Australian Bitcoin Foundation.

The next big project for the group is the development of an Australian Bitcoin Foundation: “these are the very early days for the foundation and we’re exploring ways in which we’ll structure our organization and how we’ll position ourselves domestically, as well as internationally”. You can check the full article here and learn more about Bitcoin in Australia. 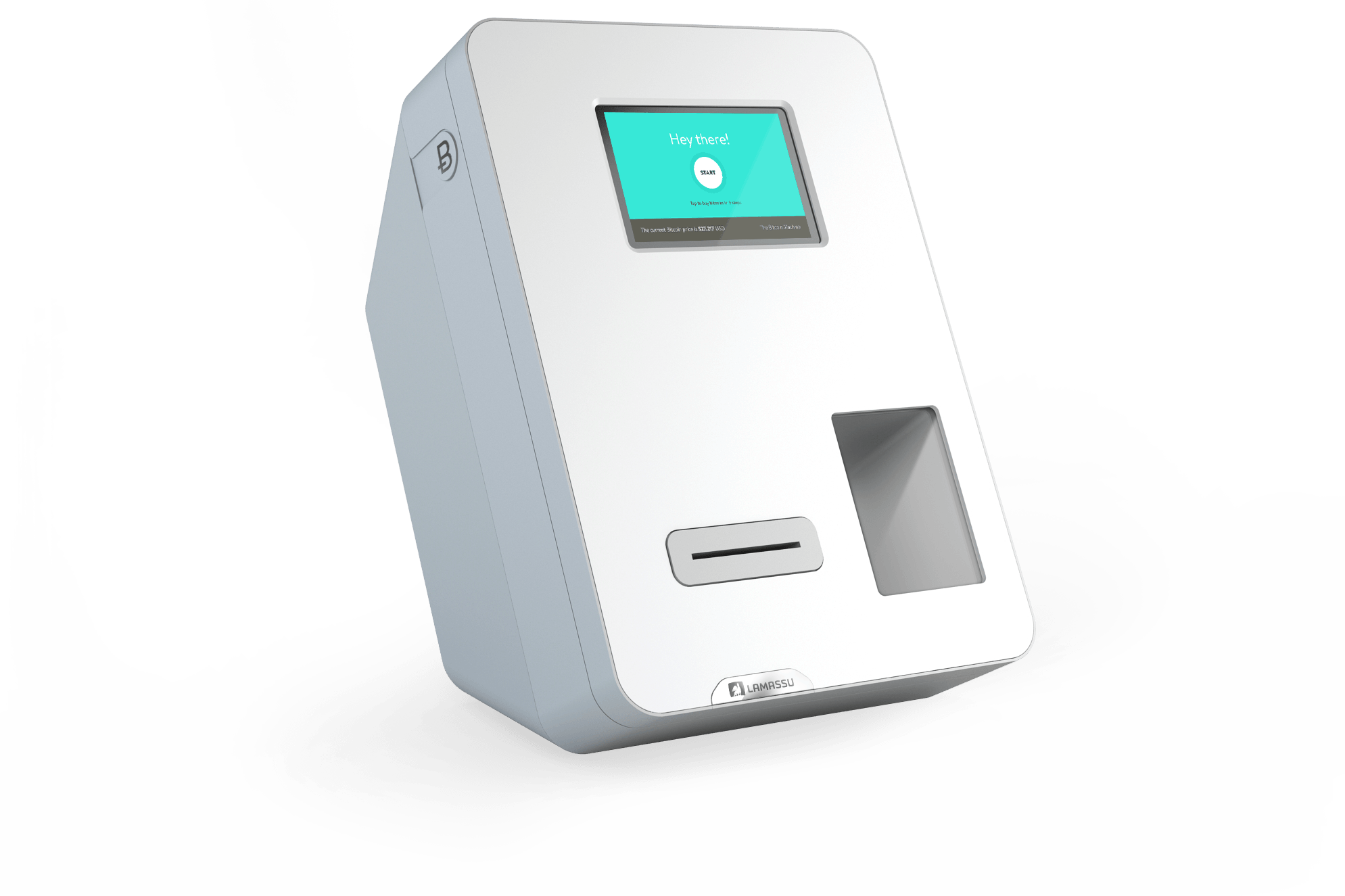 Lamassu has finally announced the launching of its Bitcoin ATM. The device will be available in the Fall, but the pre-order period has already started. According to its developers, the machine will be able to exchange your fiat currency into Bitcoin in just 15 seconds and there are already a lot of people from 40 different countries interested in the technology.

The Bitcoin Machine will allow the owners to use an online exchange to fund the machine – the equipment is compatible with the leading exchanges like Mt.Gox or Bitstamp -, and will accept currency from over 200 countries. Besides being coded and audited by network security experts, it will also have an intuitive and simple user interface, being able to do the conversions in just a few seconds.

And there’s more. According to Peter Nolan, member of the BetCoin team, shortly thereafter it will be time for more news, as there are many more games in the final stages of testing, which “will be deployed in the following weeks and months”. For now, this new website will be “a full 36-game HD casino suite that will be made public on our servers”.

If you still don’t know BetCoin Dice, the platform works similarly to SatoshiDice, which was recently sold. According to Peter Nolan, this new website “is the first million-dollar-grade flagship offering” developed by the BetCoin team.

The New York Department of Financial Services (DFS), a top banking regulator, has recently issued subpoenas to 22 Bitcoin-related companies. Apparently, the action is part of an inquiry into the business practices of the virtual currency industry.

Some of the companies that received the document were Coinbase, BitInstant – that is still suspended and going through an update – and Coinsetter. According to the Wall Street Journal, the department contacted these firms to find out more about antimoney laundering programs, consumer protection measures and investment strategies in the Bitcoin field, among other topics.

The United States authorities are taking a closer look at Bitcoin. A Senate Committee is performing an inquiry into the world of cryptocurrency, trying to gather data about what is already being made in the fields of regulation and criminal activity prevention. On Monday (August 12), the group sent a letter to the Secretary of Homeland Security, using it to inform Janet Napolitano that it had started interviewing people about the risks and possible benefits of virtual currencies.

While the United States are making all they can to regulate cryptocurrency, India announced this week that it won’t regulate or enforce any guidelines related to the virtual coin, as reported by the website VR-Zone. A spokeswoman of the Reserve Bank of India talked about the issue this week, in a statement via email: “as of now we are watching and learning about the developments in Bitcoins but are not regulating it”.

Support Mars One mission with Bitcoins 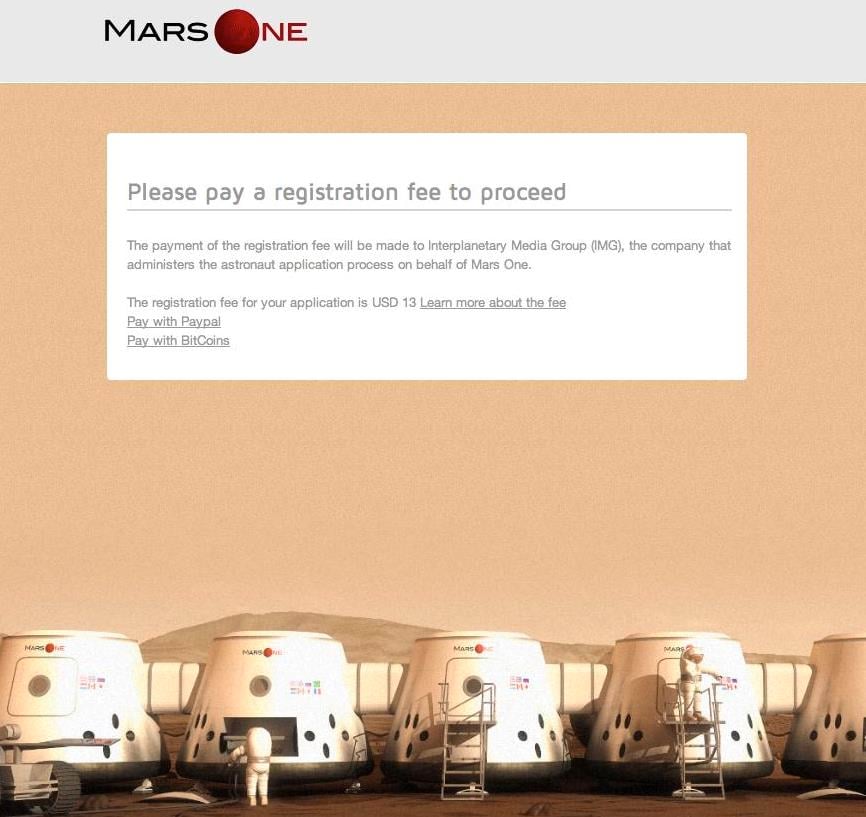 The nonprofit foundation Mars One, which is planning to establish a permanent human settlement on Mars in 2023, has recently started accepting Bitcoin donations. The project is also accepting applications from the brave people who want to become astronauts and settle the first human colony on the Red Planet. Until now, over 100,000 candidates registered for the selection program. In a near future, the chosen ones are going to be trained and sent to Mars.

A class action lawsuit was recently filed against the company BitInstant, which has been shut down while it’s updating its services and website. The document, which you can read here, was filed on August 8, but only made public now and published on the bitcointalk.org forum.

The lawsuit was filed by Leandro Iacono, from Florida, Deborah Collins and Ulysses McGhee, both from Pennsylvania, at the District Court of the Southern District of New York. The plaintiffs are accusing BitInstant of several illegalities like breach of contract, unjust enrichment and negligence.

After freezing CoinJar’s business account, the Commonwealth Bank, from Australia, has also closed the personal accounts of the co-founders of the bitcoin wallet. About a week ago, the bank stopped processing the company’s automatic payouts, according to Coindesk.

Asher Tan, co-founder of CoinJar, revealed he tried to contact the Commonwealth Bank several times, without ever really finding out what was happening. CoinJar is now using the services of the National Australia Bank (NAB).

The well-know company SYTECH, which operates in the field of digital forensic services, is finally working in the Bitcoin world and also accepting digital coin as a form of payment. The firm recently announced its move into cryptocurrency with two new features: “a stolen Bitcoin tracing and recovery service” and also a data recovery service that can “salvage coins from damaged hard drives, mobile phones and other storage mediums”.

Send, buy and sell Bitcoins via SMS with Coinbase 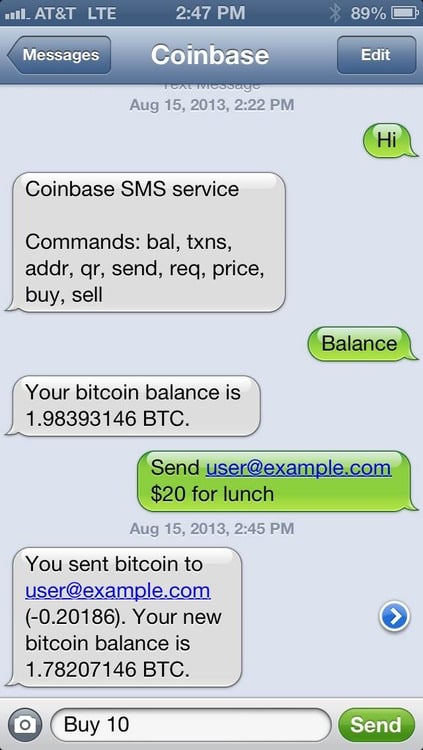 Coinbase updated its cryptocurrency system this week with a new SMS-based solution. This means that you can now perform all basic actions related to Bitcoin through short text messages and using simple commands.

This feature works with any kind of smartphone or mobile device, allowing the users to enjoy all the perks of the service. “We are constantly trying to make Bitcoin easy and accessible to everyone. Some of the people who can benefit from Bitcoin the most (those in second and third world countries) don’t have a smartphone though”, explains Coinbase on their blog.

Blockchain switches their API away from Mt.Gox

Blockchain.info switched their API away from Mt.Gox, apparently without issuing any kind of notice. You can check the ticker here. This means that Bitcoin’s price in US dollars is no longer determined by the Japan-based exchange. However, blockchain.info wasn’t the only one to operate this change: Coinbase, Bips and Bitpay also did it.