Skip to content
You are at: Home » FAQ » Basic Questions » Is Bitcoin Safe ? Yes. It’s you I’m not sure about..

In this post I’ll show you why Bitcoin is safe and the 5 biggest mistakes Bitcoin owner make that cause you to think it isn’t.

I think that one of the top questions I get asked by new readers is “Is Bitcoin Safe ?”. People who don’t understand Bitcoin tend to think it’s not safe because they hear all sorts of  stories about theft and fraud and assume that you just can’t put your trust in Bitcoin. The thing is, that in most of these stories it’s the Bitcoin owner that created the issue and not Bitcoin itself.

True, when MT.Gox closed shop earlier this year around 850,000 Bitcoins were “lost” (almost $480 million at the given date’s exchange rate). A lot of people lost a lot of money. But that’s not due to Bitcoin, that’s due to:

Let’s talk about these 2 issues. The first can happen at any corporation, even Lehman Brothers went bankrupt and no one saw that coming. It’s not even remotely related to Bitcoin. The second is a result of people’s laziness to talk action.

I remember that about 3 months before MT.Gox collapsed the writing was all over the wall. People were shouting out in forums “Don’t leave your money at MT.Gox, or at any exchange for that matter”. Once the money is left in the exchange you have no control over it. 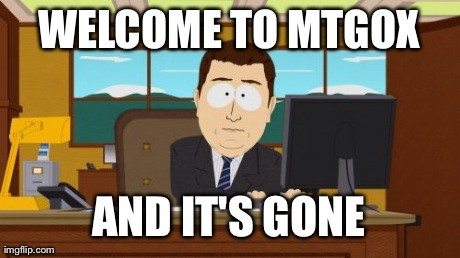 “Hmmm…OK, But every other day I hear about another exchange getting hacked”

So is this Bitcoin’s fault or the website owner’s fault who didn’t put enough security measures on his site. The amount of money stolen from bank accounts  was estimated at $1 billion in 2013 and that’s not even related to Bitcoin. You need to make sure that the site you store or exchange your Bitcoins threw is reliable enough. 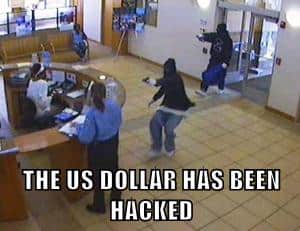 How can you do so ? One way would be to look up the site’s name + the word “reviews” in Google. A more reliable way would be to look up the site’s name in BitcoinTalk – the oldest and largest Bitcoin forum today.  Also if this is the first time working with a site don’t put a large amount of money in it – check to see it works on small amounts. But the most important thing to remember is that your own wallet is your “safe haven” – once your Bitcoins are there no one can touch them so move them back to your own wallet as soon as you have the chance.

“But even people’s wallets get hacked!”

Yes you’re right, even respected wallet clients like Blockchain.info get hacked from time to time. This still doesn’t mean that Bitcoin as a form of payment or a protocol isn’t secure. There are several security measure you can and should  take to protect your own wallet. With great money comes great responsibility – I guess that it’s just one of the things you’ll need to deal with now that you don’t have to pay all of those unreasonable commissions to your bank.

Some steps I’d highly recommend taking are  using 2 factor authentication and moving your Bitcoins to cold storage (using a paper wallet or TREZOR). 2 Factor Authentication (sometimes referred to as 2FA) is when you need an additional form of verification to access your account (e.g. entering an access code that is sent to your mobile phone).

One last thing to look out for are phishing attempts. There are a lot of those going around in the last few months and you have to make sure that if someone requests any information via email or a website he’s actually who you think he is and not an imposter.

You mean if you lose the device were your private keys are stored ? Like the guy who through away $9 million in Bitcoins ? You’re absolutely correct. But if you backup your wallet regularly and keep the backup on a different device than your wallet (for example a flash drive) – you will always be able to restore your lost Bitcoins even if the primary wallet gets thrown away.

“Bitcoin is just a Ponzi scheme”

That’s one argument that I can’t actually contradict. Not because it’s true, but because it’s just based on ignorance and whoever states this clearly hasn’t taken the time to educate himself on what Bitcoin is. It’s like I’ll show you a house and you’ll tell me it’s a car, not a house. True there have been many Ponzi schemes that used Bitcoin as a tool but there’s an equal amount of schemes using the US dollar or any other currency for that matter. Even US congressman Jared Polis says that if we ban Bitcoin, let’s ban the dollar bill too. 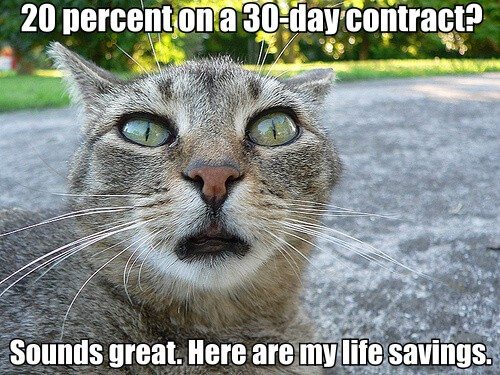 Sure Bitcoin has its own risks like 51% attacks or fluctuations in the exchange rate but  I have yet to see any concrete allegation against the Bitcoin protocol being unsafe an if I’m mistaken about this you’re welcome to leave your proof in the comments below. Bitcoin may have flaws at the moment, but security isn’t one of them.