As many of you know, GAW Miners is a company that we here at Coin Brief have found very interesting.  They started as a Scrypt mining company, and eventually added SHA-256 ASICs for Bitcoin mining, but that is not what has interested us about them.  The CEO of GAW, Josh Garza, is one of the most vocal CEOs in the cryptocurrency world, and is actively engages with the GAW customer base on their forums, HashTalk.  Beyond that, some recent developments have shown that they are moving in a direction that no other company has tried before.

What is the end goal?  It is hard to say.  However, I think I may know what their most recent announcement, regarding the creation of HashCoin and HashPool, is leading to.  In order to get to that, we need to start with some of the other developments, and features, the company has released over the past few months:

We covered this story when it happened.  Josh Garza purchased BTC.com for around $1 million, and has not yet announced what the company intends to do with the domain.  Of course, it makes sense that a company involved with Bitcoin would want to own BTC.com, as it is not only a LLL.com, but the initialism of Bitcoin.  Still, $1,000,000 is a large price tag for a domain that currently only shows a logo, date, 2 words, and an mailing list sign-up box. 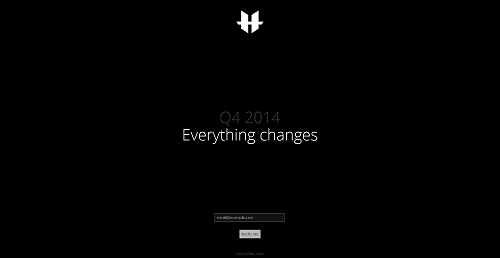 GAW‘s Hashlets have been a bit controversial, as they have signaled a move away from selling actual hardware, and into cloud mining.  The Hashlets were released around the same time that GAW purchased ZenCloud, which is a mining cloud service that was already working closely with GAW.

Beyond that, the cloud mining that Hashlets represent is not “real” hashing power in the traditional sense.  It is backed up by GAW’s hardware, but there is no indication that a large amount of hashing power was introduced to the Scrypt or Bitcoin networks when the Hashlets were launched, even though millions of USD worth of hashing power was sold.  This suggests that there is something more to these Hashlets than is noticeable.

It seems that Hashlets are more of a simulation of what X amount of Scrypt of SHA-256 mining power would produce, and the actual mining operation is controlled by GAW. GAW is reselling hashing power to private parties, mining new coins before they hit exchanges, and multipool hopping in a way that beats traditional multipool mining.

However GAW is managing to do it, the Hashlets have been outperforming traditional mining equipment for most of their existence, though there were a few issues recently with payments dropping off sharply.  It seems that has since been corrected, and was explained to be a renegotiation of the price of hashing power being sold to their largest private buyer, but some users are claiming that the issues still exist.

These three programs, which are intrinsically linked, were announced over a short period of time.  Each one has revealed a bit more about the grand scheme of GAW.  With the most recent HashCoin announcement, the picture is finally starting to come together.

HashBase was announced on October 13, and explained GAW’s plan to evolve their ZenCloud Platform.  According to the announcement, this new system will allow their Hashlet owners to mine newer algorithms, such as X11, will reduce maintenance fees, use Hashlet Primes as collateral for loans, and more.  However, this platform is only available to those who own Hashlet Primes, and in this announcement, GAW also announced that Hashlet Primes will no longer be sold directly by GAW.  If you do not have a Hashlet Prime, and would like to use HashBase, you must buy it through the ZenCloud Market, which allows users to sell their Hashlets to other users. 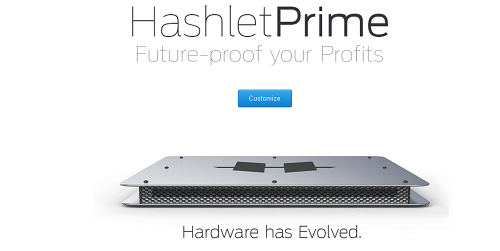 This move is unprecedented, and basically creates a limited quantity of special mining packages that will increase in power over time.  It creates a new market out of thin air, and the GAW supporters that purchased Hashlet Primes have been elated by the move.

Around 10 days after the HashBase announcement, GAW announced HashPool.  HashPool is a new pool that pays out in “HashPoints” instead of Bitcoin, or another Cryptocurrency.  HashPoints are pegged to the dollar, at the rate of $0.01 per HashPoint, and miners will receive the HashPoint equivalent that would have previously been paid to them in BTC.  On top of that, any user that utilizes HashPool will no longer be required to pay pool or maintenance fees for their Hashlet, which greatly increases their profitability.

How can they do this?  Well, it seems that the HashPoints will be usable to pay maintenance fees on other miners, purchase “insane Amps” from the HashStore, and will be usable in the ZenCloud Market.  By giving users an incentive to keep their HashPoints in the GAW system, they can remove fees, and still expect a large enough return to cover the costs.

Finally, the most recent announcement was released yesterday, and included information about a new project known as “HashCoin”.  HashCoin will be a new cryptocurrency launched by GAW Miners, and was explained by Mr. Garza in this way:

If you were to create a cryptocurrency that transformed this industry for the better, how would you do it?

Then followed that with an announcement of an ICO:

HashCoin is what we’ve been working on for months, under Project Prime. It is, I’m confident to say, the single biggest advancement for cryptocurrency since the original Bitcoin white paper.

We are working with some of the largest brands in the world. And, we will serve it up with HashBase. It is the base of the system. It will bring mining, coin management, blockchain explorer, community, and purchasing together.

HashBase will allow you to mine a coin, search for a product, see search results from Target/Walmart/Amazon/Macy’s, and buy on the spot. A few days later, the product shows up at your door.

And, in case you’re all wondering. We are having an ICO very soon.

Our initial ICO round will happen in the next 2-3 weeks. Our minimum investment floor is 1 million USD, and the line of investors and banks is forming

I believe this will lead to the culmination of “Project Prime“, and GAW’s grand scheme.  This announcement was quite vague in how this will be implemented, but when considering all the previous work, one can deduce what this potentially could mean.

To break this down even further:

Obviously I do not know all of the details, and some of my analysis may be a bit off base, but this seem to be the general idea.  GAW is attempting to capture the essence of cryptocurrency, as well as the ease and relative security of USD, and combine them into one system, with the ability to use it without needing to understand cryptocurrency, mining, or anything more than how to navigate to a website.

Can they pull this off?  And, if they can, SHOULD they?  I don’t know  However, if they do, it will have huge implications for the digital currency world as a whole.