Skip to content
You are at: Home » Coinbrief » Altcoin » Interview with Josh Garza, Founder and CEO of GAW Miners

A couple of months ago a friend of mine sent me a link to a company called “GAW Miners” and stated that he had ordered a few Scrypt ASICs.  After personally having a few horrible experiences with Bitcoin mining hardware companies in the past, I was quite skeptical about the legitimacy of the machines, especially regarding the “shipping dates”.  However, after a few hours of research, combined with a guarantee of free hosted mining if shipping was delayed, I decided to take a chance and place an order. 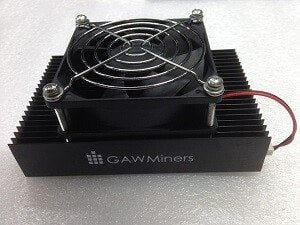 While waiting for my machines, which ended up being shipped, and arriving, precisely on time, along with a free Zenminer Rasperry Pi that I was not expecting, I read more and more about this company.  Their attention to detail, hands on customer service, and general goodwill actually struck me as odd.  It was so unlike the majority of the other companies in the industry, and I had to know more.

An Interview With GAW’s CEO

I decided to reach out to Rami Abramov, the CMO, to ask a few questions.  I was quite surprised when he quickly responded to my inquiry.  He connected me with Christian Gogol and Evan, two members of the GAW PR team, and I was suddenly on a track that would lead to an interview with Josh Garza, the founder and CEO of GAW Miners.  The results of the interview are below:

To start off, who is Josh Garza? What separates you from other CEOs in the industry?

I suppose the most obvious thing that separates me from other CEOs in this industry is that I actually have fun interacting with the community. I’m on the phone with customers and in the forums, addressing issues and sometimes joking around. Aside from that — and I don’t want to point any fingers here — I feel like most other ASIC CEOs are focused on the wrong thing. Making money. They’re building and marketing these machines to pay their bills.

That’s fine, of course. Making money is cool, no doubt. But in my experience, you have to be committed to the customer first, and then find out how to do that profitably. I guess you could put it like this:  My approach is “Figure out how how to be profitable making customers happy” while some others seem to lean more toward “Make money and try to make customers happy in the process”. It’s a subtle, but important difference. It affects how you run your business and, honestly, this is the reason we have such a passionate fanbase. 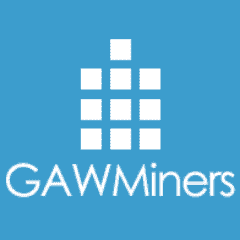 GAW existed before GAW Miners. What is GAW, the brand, and what caused you to create GAW Miners? It seems as if you just exploded on the scene, and started taking over.

You hit the nail on the head. One of the reasons we’ve been so successful is that we came into this industry with an established brand. In 2005 I started Great Auk Wireless (GAW) as a broadband provider for rural areas the other networks, like Verizon and Comcast, wouldn’t touch. That was some of my proudest work, bringing broadband to people who were still stuck on dialup. But it was during that time that I fell in love with the whole cryptocurrency scene and began to mine early on.

I wasn’t even thinking about entering the industry. It wasn’t until I started buying large mining units that I conceived of GAW Miners. I don’t want to name any names, but every single ASIC distributor I dealt with had an utter lack of honesty and business ethics. It was clear they didn’t know how to run a business –but there were no other options, really. So I made a few calls, had several key meetings with my OPs crew, and out of that came GAW Miners. I wanted to bring what I learned about customer relationship management and honest business practices to the cryptocurrency industry. If I couldn’t change it from outside, I was going to change it from within.

There is a theme of over promising and under delivering in this industry. Several companies have faced lawsuits for failing to deliver. What allows you to succeed where the majority of others have failed?

Timing is everything, especially in this industry. Everyone wants to be first. Thing is, you have to be realistic about things. High-end ASIC miners are incredibly complex products and require inputs from dozens of suppliers. The chances that any one of them will face delays is virtually guaranteed. So you have to account for those delays before you go to market. Otherwise you’re just setting your customers, and your company, up for failure.

Other companies are taking their suppliers words as if they’re set in stone. They’re not. They never are. They will make mistakes and you have to have contingencies to protect your customers.
No company is going to be perfect. Even we’ve been hit by suppliers mismanaging their production. But we always have a plan B and C and D to deal with these situations. We add time to our manufacturer’s deadlines and we work with multiple suppliers so that if any one of them faces problems, we have 3 more who can fill in the gap. But most importantly, we’re honest with our customers about release dates. We won’t announce a release until we’re deep enough in the production process that we know for sure we can ship on time.

What are the biggest challenges facing GAW today, what direction do you plan on moving toward in the future, and what are your ultimate goals?

Dealing with manufacturers without a doubt. This is an entirely new industry, so there’s no way to know which suppliers are honest and which are trying to make quick a buck. There just hasn’t been enough time for the best foreign suppliers to rise above the heard. So pair that lack of information with a culture that prioritizes saving face over honesty and you have yourself a massive headache sometimes. Thankfully we’ve grown to the point where manufacturers are competing for our business now, which gives us quite a bit of influence, so this isn’t as much of an issue as it used to be.

As for where GAW is going in the future, all I can will say is keep your eyes on the lookout for Project Prime. My lips are sealed other than saying that it’s going to revolutionize the way people think about cryptocurrencies.

GAW Miners recently launched the HashTrader.com community. What are your intentions with this move?

We wanted to create a community that worked for beginners and experts alike. The other active communities around have a “class” mentality, where newcomers are sort of shunned. That’s never helpful. In HashTrader, we don’t allow that. Hazing newcomers isn’t allowed and we closely monitor trolling to make sure conversations are productive and never harassing.

The other major reason we created Hashtrader was because the other major cryptocurrency forums we’re pretty awful platforms customers to interact with companies. The major forum we were on previously, segmented all companies into their own single thread. So if a customer ever wanted to speak up about an issue or give thanks or ask a question or whatever, they all had to share a one thread with everyone else. We built HashTrader to give companies an entire subforum so that their customers have much more room to ask questions, raise issues, and just have fun.

In your opinion, is the practice of retail price maintenance by manufacturers causing an overall harmful effect on the mining community?

No. The problem with manufacture pricing is that they keep changing their prices. I won’t name names, but one of our suppliers was marking the price of their units up 900%, completely unbeknownst to all of its customers (including us). Then one day, they decided to cut their prices in half. And again by 50% a week later.

Now all these resellers have to lower their prices to compete with one another. Normally that wouldn’t be a problem, but it turns out that, shockingly, all of the customers who ordered early on and paid full price became ticked because when they saw the price drop — but the resellers are in a tough spot because they themselves paid full price for those customers’ units.

This affected every reseller and wiped a ton of them out. What we did to weather the storm was give credit back to all of our customers who bought early on. Not every company could afford that, though. It was an enormous hit that we took.

What these manufacturers should have done in the first place is price their products at a reasonable, competitive rate, so that they don’t throw off their entire supply line.

This is a huge question. To answer it simply, as ASICs mature and more people enter the industry, you’re going to see greater need for economies of scale. Miners will pool resources to purchase the largest, most efficient machines and mining will be done in datacenters, where electric and cooling costs are lowest and uptimes are highest.

Every month, larger and larger companies are starting to accept Bitcoin, and even Ebay may be joining the list soon. How do you think the Bitcoin market, or digital currency market as a whole, will evolve over the next year or two?

Just like you said, in the next few years you’re going to see cryptocurrencies accepted by more and more mainstream companies. But what’s interesting about this industry isn’t what’s going to happen in the next 2-3 years, it’s what’s going to happen in the next 10-20 years. We’re on the cusp of a fundamental economic change that I think will go down in history as something not unlike the industrial revolution. It will take time to get there, but digital currencies are here to stay and will change everything about how people do business, especially online and internationally.

If you could focus the entire cryptocurrency community on one goal, what would it be?

Cooperation. We’re all in this together.

What is Project Prime?

Top secret : )
All I can say now is that it’s going to completely revolutionize the way people think about and interact with cryptocurrencies. It’s part of the reason I started this company. Stay tuned!

While I am sad that I couldn’t get the scoop on “Project Prime”, I, and the rest of the Coin Brief team, are extremely appreciative that Mr. Garza was willing to take the time out of his schedule to answer our questions.  Also, a special thanks to Rami and Evan for staying in constant contact, and working to arrange this interview.  You can get more updates, or speak with the members of the GAW team on HashTalk.

1 comments on “Interview with Josh Garza, Founder and CEO of GAW Miners”