Skip to content
You are at: Home » Bitcoin Wallets » Coinomi Review

Coinomi is a popular multi-currency wallet for mobile and desktop. In this review, I’ll cover the different wallet features and share my personal experience with it.

Coinomi allows you to send and receive over 1,770 different cryptocurrency assets through a versatile mobile and desktop application. Aside from a security issue which was exposed and fixed back in February 2019, the wallet has gained a good reputation within the cryptocurrency community.

That’s Coinomi in a nutshell. For a more detailed review keep on reading, here’s what I’ll cover:

Coinomi was founded in 2014 by George Kimionis with the idea of creating secure solutions to blockchain applications. The company has under 20 employees and has not reported any outside funding to date.

I was acquainted with Coinomi initially when I was trying to claim Bitcoin Cash from the 2017 hard fork. Back then it was one of the only simple solutions to this matter, and the wallet was available only for Android. However, a lot has changed since.

Today, the Coinomi app is available for iOS, Android and all major desktop platforms (Mac, Windows, and Linux). Coinomi is one of the most popular wallets around, mainly due to its vast set of features.

Coinomi stores the private keys to your wallet on your device (i.e. a non-custodial wallet). Strong encryption and cryptography keep your funds safe. Also, you’ll need to set a password for sensitive actions, such as withdrawals and it is also part of the recovery phrase encryption.

On February 27th, 2019, a critical security vulnerability was supposedly exposed in the Coinomi desktop wallet. The issue occurred once you’ve imported a seed phrase into the wallet; along the import process, the seed phrase was actually sent to an external service by Google for spell check.

It goes without saying that a seed should NEVER leave the wallet. You can read all about it here. You can also read the counter argument in favor of Coinomi here.

Coinomi allows you to trade between cryptocurrencies within the wallet without the need to visit an exchange. This is done through the integration of services like Coinswitch and Changelly. You can also buy BTC, LTC, XRP ETH and BCH using credit cards via their partnership with Simplex.

Coinomi supports Segwit which means that if you’re sending Bitcoin or Litecoin, you’ll be able to enjoy faster confirmations and lower transaction fees.  This feature is also available for several other altcoins.

Coinomi allows you to set a custom fee for your transactions. Alternatively, you can use a dynamically calculated fee to get the best value for money at all times.

Coinomi Is Not Open Source

With peer review, any hidden code, malicious modules, or exploits would be easily identified. This ensures that users aren’t subject to any hidden malware that secretly benefits Coinomi or third parties.

However, it seems that in 2017 Coinomi moved their project to be closed source. This is not to say that their code isn’t good or became malicious, but it does mean that you don’t get the same amount of protection or transparency as you do with open source.

Coinomi supports over 125 different blockchains (the largest number of blockchains for non-custodial wallets, according to their site) and over 1,770 total crypto assets including tokens.

The most popular coins Coinomi supports are:

For a complete list of supported assets visit this page. Additionally, you can manually add support for any asset not listed on the site.

Here’s a short tutorial about how to set up your Coinomi wallet:

Coinomi offers support via a comprehensive knowledge base and a ticket system.

According to posts on Reddit, Coinomi representatives are very responsive. Coinomi claims that they have “millions of happy users” and that they “have been around since 2014 and none of their phone-based wallets have been hacked or otherwise compromised”.

According to users, this appears to be the case, as there aren’t many saying anything negative about their service. Most online reviews seem to confirm this as well, giving the Coinomi wallet between 4-5 stars.

The user-friendliness of the Coinomi wallet, combined with great security and a huge array of supported cryptocurrencies, makes Coinomi a great choice for desktop or mobile.

Additionally, since new users often aren’t comfortable trading on exchanges with numbers jumping around on both the ask and sell side, trading through the Coinomi wallet simplifies the process tremendously.

Anyone, even advanced users, would likely see the benefit of using the Coinomi wallet. The only concern about Coinomi is the fact that it is no longer open source. However, there are many excellent wallets out there that aren’t open source either (e.g. Exodus).

Have you had any experience with Coinomi? I’d love to hear about it in the comment section below. 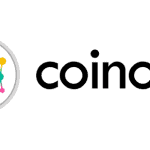