Skip to content
You are at: Home » News » Legal » Bitcoin recognition slowly gaining steam in spite of setbacks

It’s been a busy few weeks as far as law and regulations for Bitcoin go. New York’s BitLicense has gone into effect, a Japanese court has ruled that Bitcoin cannot be owned, and the Australian government is now considering recognizing Bitcoin as a digital currency. In fact, Australia appears to be poised to emerge as one of the most ‘pro-Bitcoin’ governments in the world, setting the country up to potentially become a hub for the international cryptocurrency industry. 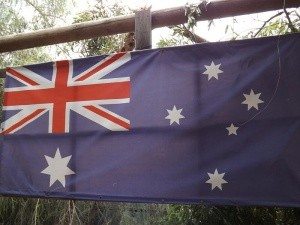 The ‘Land Down Under’ – already famous for its arachnid rain storms, poisonous mammals and dinosaur-sized crocodiles – made headlines in recent days when Senate officials released a lengthy report that essentially endorses Bitcoin as a legitimate currency. This comes after the Australian government ruled that Bitcoin was an intangible asset last year.

To be clear, the ongoing debate over whether Bitcoin is a currency or asset isn’t entirely about semantics, but has important tax implications (more on that later).

[tweet_box design=”box_02″]If Bitcoin adoption continues to rise, pressure should mount on public officials to recognize Bitcoin as a currency.[/tweet_box]

While the report does not constitute actual changes to laws, it does offer a view into the Australian government’s evolving view on Bitcoin. Importantly, the government’s steps to recognize Bitcoin as a currency would provide BTC investments relief from Australia’s hefty goods and services tax, which results in many Bitcoin transactions essentially being double taxed.

In the meantime, in Japan

This stands in stark contrast to the ruling handed down recently by a Japanese court, ruling that Bitcoin could not be owned because it was an intangible asset. The decision came as part of recent legal battles involving the collapse of Bitcoin exchange Mt. Gox and was made by a district judge, meaning the decision could be repealed. The court came to the decision because under Japanese law only corporeal things can be owned, while incorporeal things can only have assigned rights. However, given the advance of the global economy knowledge, this view of ownership seems to be antiquated and Japanese officials have already acknowledged gaps in the law.

Other world leaders have also been talking about Bitcoin recently. Russian President Vladimir Putin acknowledged that digital currencies serve a useful purpose, while senior officials at the Melinda & Bill Gates Foundation have cited Bitcoin-related technologies as being able to alleviate poverty. Combined, all the chatter points to the increasing importance and credibility of Bitcoin.

Still, the “pie in the sky” remains full-fledged currency recognition for Bitcoin, something that progressive governments are already considering and implementing. Why is official currency status so important? As we’ll discuss, it boils down largely to taxes.

Why tax status is so important

Gaining currency status would be a huge boon for Bitcoin and likely would encourage its adoption. The biggest single benefit of currency status is arguably the tax benefits that come with it, specifically gains from currency exchanges that generally aren’t taxed.

Let’s say you are a European investor and back in 2011 you exchanged £1 million for US dollars. At the time one euro could buy about $1.4, so you would have gotten $1.4 million for your £1 million. Now let’s say in 2015 you traded your dollars back to euros at current prices. Because the value of the euro has dropped dramatically over the last few years, the euro and dollar are nearly on par with each other and you would receive £1.26 million for your $1.4 million.

Notice what happened here? Solely through exchanging currencies you made £260,000. That’s a pretty good profit and in most jurisdictions that profit will not be taxed. If the exchange of currencies was taxed, it would discourage currency conversions, which itself could impact trade. Most governments thus decline to tax currency exchanges (besides doing so would be very difficult).

Assets, on the other hand, are often heavily taxed, and right now many governments consider Bitcoin to be an asset. If that same investor had taken his euros and bought a house in the United States, which then appreciated in value, the investor would most likely owe taxes when he sold the house.

Nobody knows, to be quite honest, but momentum for currency recognition has been rising. Yes, a few places have taken steps backwards, such as Japan, but it’s important to note that the judge in the case simply noted that current laws don’t cover Bitcoin. The judge also did seem to imply that laws needed to be updated.

With an increasing number of governments and world leaders recognizing the potential of Bitcoin and Bitcoin-related technologies, cryptocurrency’s reputation has been growing. While this doesn’t guarantee that Bitcoin will be accepted as a currency, it is an encouraging sign. If Bitcoin adoption continues to rise, which almost seems to be a certainty, pressure should mount on public officials to recognize Bitcoin as a currency.