Skip to content
You are at: Home » News » Legal » BitLicense is designed to kill Bitcoin innovation

One of the hottest topics in the Bitcoin world as of late is the BitLicense regulatory framework. Both Bitcoin companies and virtual currency enthusiasts are affected by these guidelines, especially when it comes to selling Bitcoin to a third party.

In theory, everyone selling Bitcoin to other users, including sellers active on the LocalBitcoins platform, should apply for an individual BitLicense. It is quite clear this regulatory framework was created with one single thought: destroying Bitcoin innovation in its early stages.

[tweet_box design=”default”]New York state officials want to centralize the decentralization aspect of people involved with Bitcoin and other virtual currencies.[/tweet_box]

The two biggest gripes nearly everyone in the Bitcoin community has with the BitLicense requirements are both the costs and the invasion of customer privacy associated with becoming compliant. Every Bitcoin company or individual involved in the act of transmitting money to other users will need to obtain an individual BitLicense. Before that process can begin, the party applying for a BitLicense will need to submit fingerprints to state and federal government, as well as undergo a background check. 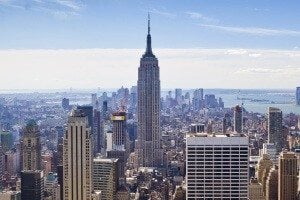 It goes without saying that this is the first major hurdle, as New York state officials want to centralize the decentralization aspect of people involved with Bitcoin and other virtual currencies. Background checks are run through government databases, all of which are centralized databases of citizen information, which or may not hold accurate information.

In fact, the biggest worry is not knowing what information the government has on you as a person, or as a company, until you become subject to these background checks. On top of that, no further information was ever provided in terms of how thorough these background checks are, and what may or may not be deciding factors in the application process.

If that was not enough, all applicants are then forced to submit fingerprint scans – just like they do with criminals and felons – for future state and federal reference. While you can argue that, from a law enforcement point of view, having somebody’s fingerprints is a good way to prevent individuals with fake identities applying for a BitLicense, the whole process is rather obtrusive. Usually, fingerprint scans are only required when somebody is in police custody, or convicted of a crime.

In terms of BitLicense, these are all companies and individuals who want to be compliant with guidelines – set out by people who want to kill Bitcoin innovation -, yet the ones who follow the rules are treated as criminals.

But that is not all, as applicants who receive the BitLicense in the end could – and probably will – be asked to store customer data for the next ten years. That customer data includes, but is not limited to full name, address, phone number and who knows what else. While several companies have been doing so since day one, it is still privacy invasion when state officials make it a mandatory requirement that can be called upon at any given time.

Last but not least, and this is the part where Bitcoin startups are affected in the worst possible way, are the mounting costs associated with applying for a BitLicense. Any BitLicense applicant is required to pay a fee of non-refundable $5,000 upfront, in order to initiate the application process. But that is just a fraction of the total costs involved with obtaining a BitLicense. Various forms of documentation and risk assessments have to be drafted, which requires a lot of man-hours from company employees. So far, most BitLicense applicants have spent anywhere from $50,000 to $100,000 on these matters, which just goes to show how much Bitcoin startups would struggle from a financial point of view.

NYDFS could pull the “kill trigger” at any moment

All of these regulatory requirements were drafted in conjunction with the New York Department of Financial Services. In fact, the NYDFS holds so much centralized power regarding the BitLicense that it could make it impossible for Bitcoin startups to continue operating in the space. This type of “kill trigger” could destroy true Bitcoin innovation at any moment, casting a grim outlook for the future of Bitcoin in the New York state area.

Various members of the industry feel like the BitLicense regulatory framework will set a precedent for other US states, and even other countries, to enforce the same harsh and complicated rules. Applying traditional financial guidelines to a new hybrid technology such as Bitcoin will have an adverse effect in the long run. All the Bitcoin community can is hope to see a proper sit down between virtual currency industry experts and policymakers who are at least willing to keep an open mind to Bitcoin. Otherwise, history can and will repeat itself.

Even though there is an option to receive a temporary BitLicense, there are no guarantees the NYDFS Superintendent will grant it. When it comes down to it, there is only person who is able to make the decision on whether or not a [temporary] BitLicense is granted: deputy superintendent James J. Wrynn.

A BitLicense approval process can take up to 90 days, but that period can be extended for an undisclosed amount of time if the deputy superintendent deems it necessary to do so. It will require a fair bit of advocacy and lobbying by Bitcoin companies to make their intentions clear in terms of why a BitLicense should be granted to them. Including a cover letter with the BitLicense application form could help in that regard, but it is no guarantee by any means for a positive outcome.

At the time of writing, various major Bitcoin companies have halted their services in the New York state area due to these BitLicense regulatory requirements. Kraken, BitFinex, BTC Guild, LocalBitcoins, Genesis Mining and many others find the BitLicense requirements too severe and are no longer offering their services to users in the area. That being said, companies such as BitStamp, Coinbase, and MonetaGo have submitted their BitLicense application, after investing a lot of time, effort and money into creating the necessary paperwork associated with this process.

1 comments on “BitLicense is designed to kill Bitcoin innovation”