Skip to content
You are at: Home » News » Legal » Japanese court rules Bitcoin is not worthy of legal protection

While the ruling will only affect Japanese Bitcoin users for now, it’s an important development and one that people need to keep an eye on. 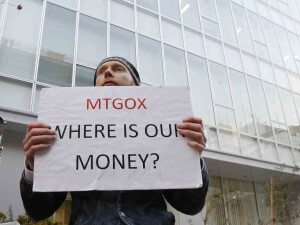 The judge in the case, Masumi Kurachi, ruled that because Bitcoin cannot be covered under existing laws because this intangible asset is handled by third parties. This means that plaintiffs in the infamous Mt. Gox collapse will not be able to sue to recover lost BTC funds, at least not unless the ruling is reversed or overturned by a higher court.

The comments were came during a case in which a resident of Kyoto was suing Mt. Gox to recover the 458 Bitcoins he lost when the exchange collapsed. The digital coins would be worth $130,000 at today’s exchange rates. In early February of 2014, in the days before the exchange’s downfall, Bitcoins were worth over $800 a piece, meaning the losses were, in fact, much more substantial for the plaintiff.

[tweet_box design=”default”]A Japanese court ruled that Bitcoin is not a tangible property worthy of legal protection. The decision might have serious implications for victims of the Mt. Gox collapse.[/tweet_box]

It’s unclear whether this ruling will have an affect on other Bitcoin-related Mt. Gox cases being brought to court, so it’s likely that Kurachi’s ruling won’t be the final say in the matter. The Mt. Gox downfall remains the biggest single collapse in Bitcoin’s history, resulting in as much as $450,000,000 dollars worth of BTC being lost.

After the collapse, Mt. Gox still had assets worth about only $11 million dollars, which are likely to be divided up among plaintiffs who lost their money when the exchange folded. As a result, plaintiffs will likely only receive a tiny fraction of the funds they lost, if they receive any money at all.

Over the past few weeks Mt. Gox – once the world’s largest Bitcoin exchange – has once again found itself in the spotlight. The company’s former CEO, Mark Karpeles, is being accused of stealing Bitcoins for his own personal gain. This should come as no surprise, as rumors have long swirled that the Mt. Gox collapse was an inside job.

Mt. Gox was one of the first fully functional Bitcoin exchanges and at its peak handled roughly 80 percent of all Bitcoin trading, making it by far and away the world’s largest exchange. Bitcoin prices have never fully recovered from the Mt. Gox collapse, which saw prices tumble from over $800 to less than $300.

It turns out that Mt. Gox had actually run out of funds six months earlier, but continued to run on fumes in the months leading up to its collapse. Even before the final collapse on February 25th, rumors had been swirling around that the exchange was in serious trouble. Within days, legal challenges and lawsuits were filed against Mt. Gox and by the 28th of the same month the company was forced to file for bankruptcy.

Since the collapse, various legal proceedings have kicked-off. These proceedings will likely result in important precedents being made in regards to Bitcoin, which is still a gray area as far as the law is concerned. Any decisions made now could have a big impact on cryptocurrency in the future, setting precedents for the emerging area of digital currency law.