Skip to content
You are at: Home » Coinbrief » Bitcoin » We Shouldn't Try to Fit Bitcoin into Existing Legal Structures

This author’s views do not necessarily reflect those of Coin Brief.

The past few weeks have been rife with discussion on BitLicense, the proposed Bitcoin regulation coming from the New York Department of Financial Services (NYDFS). Headed by Ben Lawsky, the Department has embarked upon creating a licensing system that all Bitcoin companies doing business in the state of New York would have to be compliant with. This proposed regulation has, of course, been met with animosity from the community. Most members of the Bitcoin community agree that BitLicense, if made into law in its current form, would increase the cost of business and thereby limit competition and compromise consumer privacy, at the very least. Some members of the community, who take more of an ideological approach to Bitcoin regulation, have argued that any laws regarding digital currency at all would undermine the purpose of creating Bitcoin, so we should refrain from passing any digital currency legislation.

Despite the community’s opposition to the BitLicense proposal, there were not very many influential members of the Bitcoin community that stepped up and spoke out against the NYDFS until recent weeks. The first two popular players in the crypto world who spoke out against the regulation—that this author is aware of—were Andreas Antonopoulos and Erik Voorhees. These two men have been talking about BitLicense for a while, but two of their more recent discussions on the NYDFS’ proposal can be found here: Andreas Antonopoulos speaking with Jeffrey Tucker and Erik Voorhees speaking with Coin Brief’s Sean Wince. Following these two community members, Jim Harper—the global policy counsel for the Bitcoin Foundation—wrote an open letter to the NYDFS and demanded an extension to the commenting period, among other things. After this open letter was published, Circle’s Jeremy Allaire, the Chamber of Digital Commerce, and representatives from the Mercatus Center all advanced their own responses—all of which stressed the need for an extended public commenting period.

However, their comments were not nearly as free market-oriented as the opinions of Antonopoulus and Voorhees. The Foundation, specifically, has taken a decidedly anti-liberty approach to future Bitcoin regulation. Jinyoung Englund, the communications director for the Foundation, in response to my OP-ED on Jim Harper’s letter to the NYDFS, provided Coin Brief with several documents that were meant to serve as examples of the Foundation’s official stance on Bitcoin regulation, since my accusations against them were apparently wrong. One particular document was a transcript of a testimony given by Marco Santori, the chairman of the regulatory affairs committee at the Bitcoin Foundation, at a hearing on New York’s BitLicense proposal. In this speech, Santori explicitly stated that he supported uniform, global, Bitcoin regulation. Considering the fact that he was testifying on behalf of the Foundation, we must assume that this type of regulation is what the rest of the Foundation hopes to achieve as well.

We view these hearings as the continuation of a much needed conversation among the states and the federal government on how a streamlined, standardized, and fully protective regulatory system can be developed for the United States as a whole, and perhaps internationally.

Trying to Negotiate on Bitcoin Regulation is a Waste of Time, We are Merely in a Transitory Process

Why is the Foundation, along with other organizations and individuals, taking such a political approach to Bitcoin regulation? Why are they sinking so much time, effort, and such large amounts of the community’s money into the political machine? It is very unlikely that they will get any significant results; the minuscule extension to the public commenting period for BitLicense serves as a perfect, yet sad example of the futility of the Foundation’s tactic of pleading with politicians. And this statement is not just in reference to defending the free market. Even the Foundation’s goal of establishing global Bitcoin regulation that is “beneficial” and community-driven will not be achieved. The regulators will pass whatever kinds of laws they want, regardless of who stands in opposition to them or how loud their enemies yell.

Furthermore, if Bitcoin ever reaches its full potential and becomes a globally accepted currency, then this entire stage of integrating the digital currency into existing financial infrastructures is completely temporary. Thus, we should not be wasting so much time and money trying to reason with bureaucrats and politicians—it is diverting large amounts of capital away from truly productive Bitcoin projects and into temporary and fruitless political battles. Bitcoin was designed to operate outside of the traditional financial systems, so trying to integrate it into these systems is farcical at best.

Bitcoin’s Future is in Replacing the Current System 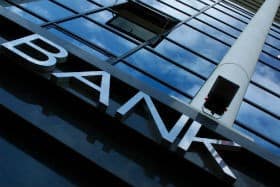 Bitcoin is designed to replace the traditional banking system, not operate parallel to it. This characteristic cannot be avoided. Bitcoin exchanges, ATMs, and debit cards serve as access points or intermediaries between fiat and Bitcoin in this transitory process from one system to the next. So yes, partially integrating the digital currency into traditional systems is beneficial. However, lobbying for regulation, and then begging the bureaucrats to be merciful in their edicts, completely defeats the purpose of facilitating the needed transition period. The efforts of the Bitcoin Foundation, and its counterparts, aim to bring Bitcoin into the status-quo and keep it there. But it cannot stay there for any longer than it takes for the population to leave fiat and adopt crypto-currency.

The regulators can pass whatever draconian laws they want, but it will be to no avail; if Bitcoin accrues a large enough market demand, it will thrive in the face of any attempt to quell it. The point is that Bitcoin is not supposed to be “safe.” It cannot be permanently tethered to any government agency or set of laws. And it does not need to be, either. Developments in the crypto ecosystem have more than proved that a free and unregulated market is capable of solving problems efficiently. Simply put, those who are making a full-time job out of trying to negotiate with governments are, for the most part, wasting their time.

Early Bitcoin Regulation Could Be Dangerous

We do have to make sure that early regulations do not smother Bitcoin. It would be far too idealistic to believe that Bitcoin, in its current state, could survive confiscatory or prohibitive legislation. Therefore, it is necessary to reason with governments and fight their proposed regulations to some degree. However, that is not what the Foundation and its peer organizations are doing. They are not trying to prevent regulation, they have given up already, accepting the inevitability of restrictive Bitcoin laws and pleading for diminutions in the severity of these laws.

Of course, some legislation is inevitable. But, if the community spends as much time and effort in improving Bitcoin and its economic infrastructure as it does yelling at bureaucrats, then the laws that will be inevitability passed will have little to no effect on the Bitcoin economy. The goal should be to maintain a healthy, transitory system to create a hybrid between traditional financial infrastructure and a full-blown, crypto economy. Therefore, if we must lobby the government, then we should do so in an effort to prevent draconian legislation, rather than encourage it—with the idea that having the regulation on our terms will somehow make it less restrictive.