Skip to content
You are at: Home » Coinbrief » Bitcoin » OP-ED: Jim Harper's Response to Bitcoin Regulation is Wrong

This author’s opinions do not necessarily reflect the opinions of Coin Brief.

Jim Harper of the Bitcoin Foundation Responds to the BitLicense Proposal 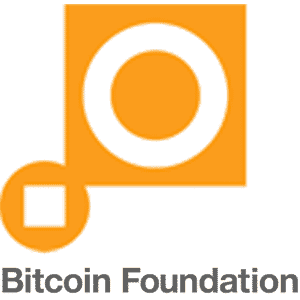 On the morning of August 6, 2014, the global policy council for the Bitcoin Foundation, Jim Harper, published an open letter to the New York Department of Financial Services requesting an extension to the public commenting period for the proposed BitLicense regulation. In that letter, Harper stated that the public should be given at least six months to provide comments and suggestions for New York’s proposed Bitcoin regulation. He cited the fact that it took over a year for the NYDFS to research and draft a mere proposal for regulation to point out that 45 days is not long enough for the Bitcoin community to study the regulation, its implications, and to comment on the proposal.

With some important, sophisticated exceptions, the Bitcoin community is not well-versed in New York financial services law or regulation. It takes time to gather the meanings of legal terms of art and to compare them with emerging technologies, processes, and business models in the Bitcoin world. The Bitcoin community will be able to more meaningfully comment with more time to consider the proposal.

Given that the initial research and drafting took New York financial regulatory experts nearly a year to produce, a comment period reaching even six months would be appropriate. Better still, you could adopt an iterative process, in which you issue drafts, take comments for three months, re-draft, and take comments again until the many, many issues raised by the proposed regulation are thoroughly vetted in true collaboration with the community.

This suggestion was just one of three that Harper gave to the NYDFS for administrative changes the Department could make that would smooth out tensions between the government agency and the Bitcoin community. The most ambitious of the three suggestions was one that proposed an entirely new process that the Department should take when releasing future Bitcoin regulation drafts to the public. Harper said that the NYDFS should use an “iterative process.” This process would have the Department release a draft, allow for a three-month long commenting period, revise the proposal, re-release it, etc. until the community and the Department can come to a mutual agreement that would produce Bitcoin regulation that both parties could live with.

You could match your January hearing on the questions around digital currency regulation with a hearing on the proposed solution. While eliciting needed discussion, doing so would signal to the Bitcoin community that you are serious about a collaborative effort. A token deadline extension of 45 days would be welcomed by the Bitcoin community, among whom many expressed consternation at the broad sweep of the regulations and the compressed time frame for comments. But your options are far broader. A longer deadline extension, the commitment to an iterative process, and a hearing on the proposed regulation each would signal your willingness to work with the Bitcoin community on creating a workable, credible regulatory environment in New York.

Jim Harper’s letter to the New York Department of Financial Services, while commendable for using the Foundation’s influence to bring light to the NYDFS’s inadequate communication with the Bitcoin community, did not go nearly far enough in its suggestions. In fact, the letter did nothing more than signify the Bitcoin Foundation’s tacit acceptance of the BitLicense regulations. Harper did not call the proposed Bitcoin regulation bad, or argue for complete freedom in the Bitcoin economy—like many people, who the Foundation has tasked themselves with representing, would like to see. All Harper did was point out the, although true, insignificant fact that this government agency has not allowed an adequate period of time for the public to comment on the proposed Bitcoin regulation.

These types of requests do not represent a market-oriented institution that stands up against oppressive regimes, such as the New York state government. Rather, requests like the ones made by the Foundation’s global policy counsel let these overreaching institutions know that they have won. And when it comes to the case of the Bitcoin Foundation, that is more than likely the truth. For they are not arguing for a free market where Bitcoin will flourish, they are arguing for a slightly less hampered market than we would have had if they had not made their pleas. In short, rather than see Bitcoin flourish and achieve its true potential, the Foundation would prefer to see it just barely survive so that they can continue to receive membership fees from the mainstream merchants who have accepted Bitcoin and believe that the Foundation’s talks with governments are actually accomplishing something. 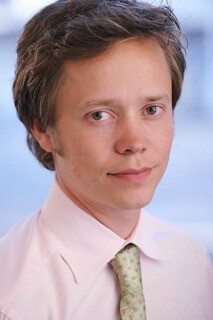 So, it seems as if the Bitcoin Foundation has strayed far away from its mission statement, which is to “standardize, protect and promote the use of Bitcoin cryptographic money for the benefit of users worldwide.” Or, perhaps, they have simply changed their goal from standardizing Bitcoin, so that it is equally accessible and easy to use for everyone around the world, to bringing it under the standards of the various governments—which are always centralization, monopolization, and stagnation. If that is what the Foundation truly means when they say “standardize,” then I guess they are on the right path.

Erik Voorhees said something in his recent interview with Coin Brief’s Sean Wince that I think carries a lot of relevance in this situation; Voorhees told Sean that we should try to reason with governments on Bitcoin regulation, but we should not be trying too hard and wasting too much time with the governments. I think Erik made that point because it is pretty obvious that governments are most likely going to ignore most, if not all, of what the Bitcoin community has to say about their restrictive rules. In other words, the best way to protect the Bitcoin from government is to make it so that it cannot be regulated whatsoever, which we can accomplish by properly funding the development of the core protocol, as well as decentralized programs that can be built on top of the Bitcoin infrastructure. I do not think the Bitcoin Foundation has been following Erik’s advice; they have become far too cozy with governments and have even begun acting like a government agency, rife with secrecy and seedy characters—like Brock Pierce, who apparently no longer cares about Bitcoin at all. This plea to the NYDFS to have mercy on the Bitcoin community, rather than demanding them to stay out of our way, seems to further confirm my notion.

Bitcoin Does Not Need This Sort of Regulation

We do not need tolerable laws that will appease the governments, while only partially killing Bitcoin. What we need is something that will be left alone by governments so that we can finally see a free market unfold, even if it is only to experiment, to see if the libertarians or the statists are correct on economics. Maybe we do not really need all these consumer protection and anti-money laundering laws—perhaps the free market really will produce the ideal solution, something that logic and sound economic thinking has led many people to believe. Besides, even if this experiment in liberty does fail, at least New York—and government in general—will finally have some real evidence that they can use in their arguments for why people do not deserve freedom. Do not expect the governments to actually leave us alone, though, because they will never cease their erosions of freedom as long as they believe that they have our best interests in mind.