Skip to content
You are at: Home » News » Opinion » Who regulates Bitcoin? The community, of course!

Throughout the years Bitcoin has been around there have been a bunch of thefts and scams connected to the currency. However, people often forget how much this happens with cash and credit card services.

Illegal activities and crime are a much larger issue for the fiat game. When these losses happen, many clamor for regulation from governments and financial officials to calm the ‘wild wild West’ of cryptocurrency. What these people are missing is the fact that the community itself self-regulates our economy.

One of the greatest examples is the loss of BTC from the infamous Mt. Gox exchange. Many look at this event as one of the most catastrophic times in the existence of cryptocurrency.

After it happened, a good swarm of people chimed in for the governing authorities to step in and stop the madness. Yet, this is akin to asking for a paid protection service much like the mafia back in the day. What people don’t realize is that the community had handled the case thoroughly and the best they could.

[tweet_box design=”box_02″]Bitcoin will thrive on its own. As John Lennon once said, we need to “Let It Be.”[/tweet_box]

Close to a over a year prior to the exchange’s downfall, several warnings were issued by the community stating that Mt. Gox was an insolvent exchange. Due to its own private off-chain transaction database this wasn’t very apparent to the majority, but they were still warned. The community also had members so staunch about getting their money back that they flew out to Japan to meet CEO Mark Karpeles at Mt. Gox’s doorstep. Still, people did not listen, and it took more time to figure out how bad this case really was.

“Let’s remember who gave the warnings and who accused Mark Karpeles of going insolvent before the bankruptcy: the Bitcoin community.”

Government authorities stepped in after the fact like they typically do and allowed Mark Karpeles to file bankruptcy and remain free. He was never arrested, and it wasn’t until he was caught moving $1 million dollars that he was detained. The classic case of governance picking up spilled milk and not regulating at all. Let’s remember who gave the warnings and who accused Mark Karpeles of going insolvent before the bankruptcy: the Bitcoin community. 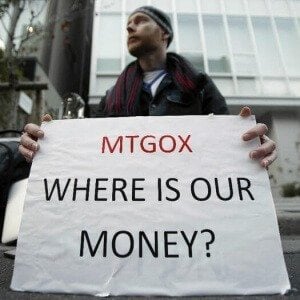 After these events with Mt. Gox, other thefts and scams have appeared connected to obvious community regulation. Even businesses themselves show the sign of self-regulation: for instance, Blockchain.info and BitStamp paying customers back after their hacks.

They did not fold or bow out of the game, they did what was best and established a firmer trust within the community. After these losses, the companies started providing even better methods of business practice to its consumer base. The Bitcoin wallet and exchange Circle was one of the first to offer insured deposits. The exchange Coinbase followed soon after that with deposit insurance, as well as an option for clients who wanted to acquire private keys.

In the midst of all of this, there were still hacks and losses like the Mintpal exchange, but they seemed to be significantly smaller. The hacks like Mintpals were smaller because people were warned significantly in advance. Weeks prior to the altcoin exchange collapse, community members forewarned many users of its coming demise, so much you could watch the volume drop significantly. 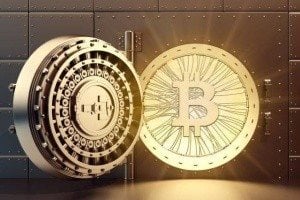 Through these hacks, people have learned quite a bit about self-security, which ultimately leads to self-regulation and increased education regarding proper security methods like advising people to hold their private keys.

The old saying goes “ If you don’t own your private keys, you don’t own Bitcoin” and this is very true. These educational lessons were born from mistakes that have taught people to use multi-sig wallets, longer passwords and two-factor authentication.

Due to pressure coming from the community itself, companies have also aligned themselves with this thinking by offering keys to their customers, creating deterministic addresses and adding things like multi-sig and Google’s Authy to their services. The industry received a great push from the cryptocurrency community, which has been self-regulating from the get-go just like the protocol itself.

Many good things will continue to rise as far as self-regulation is concerned in the crypto-environment. Innovations like strong hardware wallets and new security measures are being brought to the table by its users and companies working with Bitcoin.

There doesn’t seem to be a need for an extortion racket of revenue collected to protect the industry from fraud. What’s needed is the continued natural evolution of the Bitcoin protocol and the enhancement of the communities’ self-regulating features. Without being stifled by licensing procedure and giving private information away to third party entities, the currency will thrive on its own. There is no need for a regulatory committee regulating Bitcoin as this is unlikely to happen due to its inherent decentralized nature. As John Lennon once said, we need to “Let It Be.”