Skip to content
You are at: Home » News » Weekly Round Up: new ATMs in Korea and China, BTC-e attacked and Mt. Gox’s change of plans

Here is Bitcoin Examiner’s latest weekly round up!

A new Bitcoin ATM that allows the users to buy and sell cryptocurrency has recently been installed in Seoul, South Korea. The machine was developed by the exchange Coinplug within a partnership with the well-known company Nautilus Hyosung, an international brand dedicated to the production of ATMs.

No identification is required to use the machine, which is connected to the exchange, but there is a limit of 100.000 won (around $100). However, each address can be used up to three times.

Coinfloor is now also offering zero-percent commission for all clients for 60 days. The service updates notably follow the exchange’s re-opening of user registration on 27th March, which had been delayed since November.

To avoid any speculation – especially after the Mt. Gox and Neo & Bee cases -, the exchange quickly confirmed the attack and dismissed all rumours.

CoSign Coin has issued a release explaining the launch of their new Secure Bitcoin Escrow, which uses multi-signature wallets and transactions. The company is looking to reach out to Bitcoin-related communities in hopes of spreading their secure service.

The multi-signature company is an escrow-based service, and offers protection from thefts, fraud and malice.With the help from a BIP-0016 multi-signature address, funds are never centered in one area of control. 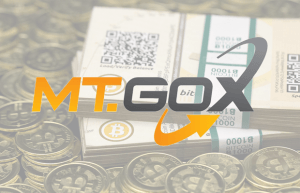 The troubled Japanese Bitcoin exchange Mt. Gox has announced it is now filing for liquidation instead of trying to rebuild the company under bankruptcy protection.

The exchange released a statement this week explaining the decision: “the Tokyo District Court recognized that it would be difficult for the company to carry out the civil rehabilitation proceedings and dismissed the application for the commencement of the civil rehabilitation proceedings, and at the same time, issued an order for provisional administration”, Mt. Gox announced.

Following the recent statement launched by LocalBitcoins regarding issues with its wallet service, the website has released its follow-up investigation report.

The report focused in part on claims that the site’s two-factor authentication failed to prevent a wallet breach. LocalBitcoins also addressed the cause of withdrawal delays that took place as users tried to move their Bitcoins away from the site following the posting of user concerns on Reddit.

The creation of a new online app that can turn devices like a smartphone into a Bitcoin vending machine has allowed the exchange BTC China to install China’s first cryptocurrency ATM in Shanghai. The machine can be found at a coffee shop located in the Zhangjiang Hi-Tech Park.

Despite all the problems Bitcoin has been having with the Chinese government and the People’s Bank of China, the local Bitcoiners can now buy digital coins directly from the machine in exchange for yuan. However it is not possible yet to withdraw fiat currency.

A Colorado-based company has brought forward a new vending machine where there are no middle men for marijuana sales. It not just gives buyers a speedier, after-hours means of purchasing the drug but also an attractive opportunity for Bitcoin customers.

Now, customers can pay in Bitcoin to buy marijuana through this vending machine called ZaZZZ. According to the users who have firsthand experience, these machines offer a number of novel compliance features that may include inter alia a driver’s license reader and a camera that captures video of users.

Local politician is the first in Ireland to accept Bitcoin donations 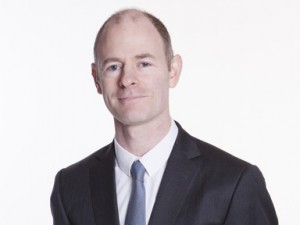 Ossian Smyth is the name of Ireland’s first Bitcoin-friendly politician. The candidate is running for Dun Laoghaire, a suburban seaside town in the Dublin county, during the next local elections scheduled for May.

Smyth, a member of the Green Party, says the world’s most famous digital coin has the potential to bring more transparency to politics in Ireland.

Richard Branson says Bitcoin is “the pioneer of a global currency”

The British entrepreneur Richard Branson has been a huge fan of Bitcoin for a while. In his recent interview to the April issue of Delta’s SKY Magazine, Branson spoke about a number of topics, of which he also discussed the digital currency.

He said that cryptocurrency was created by a genius. However, his praise for Bitcoin does not come with reservations: for instance, he still thinks there’s a number of flaws affecting the digital coin.