Skip to content
You are at: Home » Reviews & Comparisons » Services » USI Tech review – is it Legit or Just Another Ponzi Scheme?

What Is USI Tech?

USI Tech (United Software Intelligence Technology) is a technology company that claims to have built the world’s first automated trading platform for Bitcoin. Since May 2017, the company has focused on providing Bitcoin packages that allow customers to automate their Bitcoin mining and trading. This focus has proven to be particularly popular among newcomers to cryptocurrency. 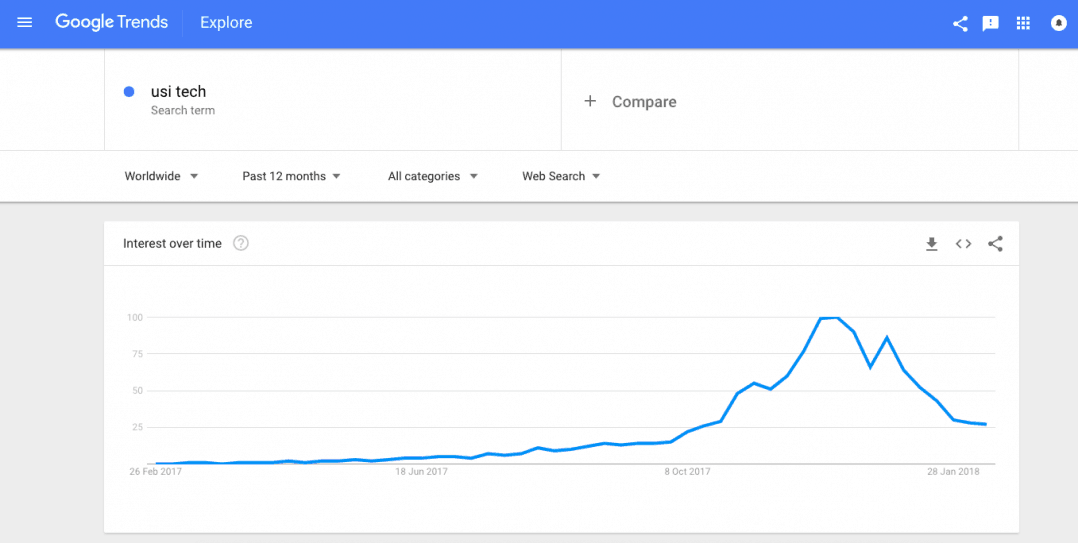 Needless to say, USI Tech has recently received a great deal of online attention, which was evidenced by the spike in Google searches of ‘USI Tech’ in mid to late 2017.

Many people believe that USI Tech is a Ponzi scheme, at best. However, others say that they have made good money from it, and that it’s a legitimate business. So who are you to believe?

In order to fully understand whether or not USI Tech is legitimate, we’ll need to take a closer look at it.

You would think that the USI Tech website would shed some light on who’s behind the company. Unfortunately, there’s little to no information to be found about the company or its team members. This lack of transparency is enough to set off alarm bells. There’s also a lack of information about the products they offer, and the information is hidden behind free registration.

Additionally, USI Tech was founded by Joao Severino and Ralf Gold, and they both have a history of being involved with some very questionable projects. Reportedly, Joao Severino has been barred from financial activity in Portugal, due to his involvement in a scam called AMC Invest. Ralf Gold has been reportedly involved with a number of Ponzi schemes, including AdsProfitReward, MX Fast Money, World Consumer Alliance, HourlyRevShare, AdsProfitWiz, APR Clicks, and Upper Game. 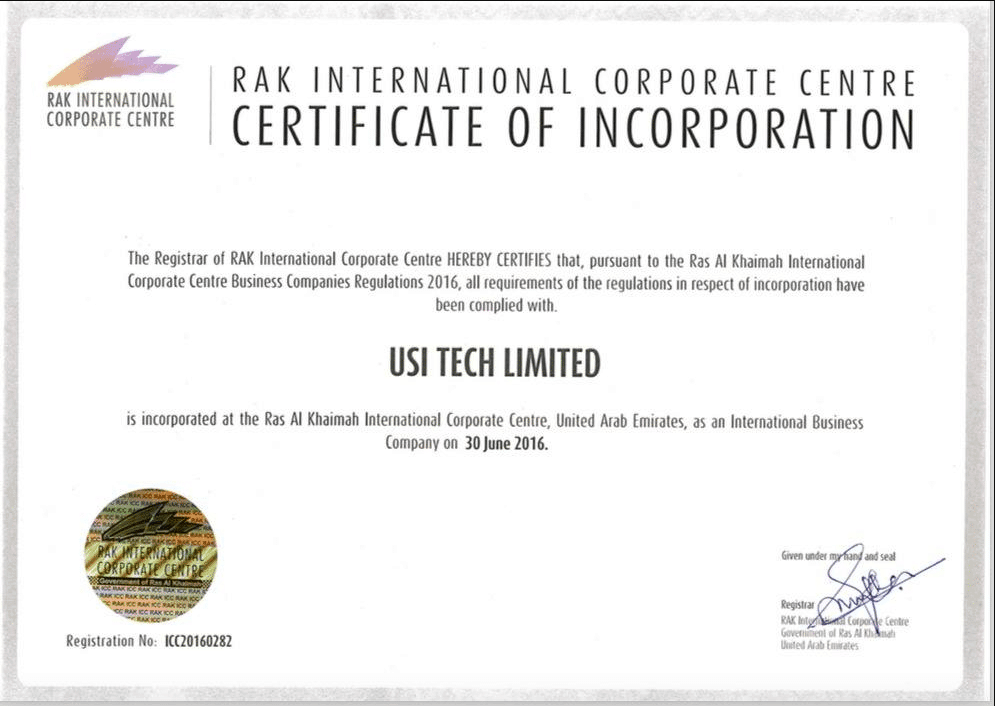 Currently, the company’s COO is Horst Jicha, and the VP of Marketing is Mike Kiefer. The USI Tech website states that the company headquarters is in Dubai. However, the registration number (ICC20160282) actually shows that they’re registered in Ras Al Khaimah (a popular place for offshore companies to register in the UAE).

There seems to be an overall lack of transparency surrounding the USI Tech team, and the track record of its founders is certainly a cause for concern.

How Can You Make Money with USI Tech?

USI Tech offers people a way to get involved with Bitcoin regardless of their level of experience. Creating an account is free and users can then choose if they want to purchase a Bitcoin package (or multiple packages) at a rate of €50 each. Naturally, the more packages purchased, the greater the potential return.

The automated software of USI Tech mines cryptocurrencies and performs daily arbitrage trading of Bitcoin. This generates passive income with little hands-on involvement required from users. The company claims to offer 1% daily payout on average (over 5 days per week) with 140% return over the 140-day lifetime of the package, 5 days per week. Some customers have allegedly enjoyed profits of up to 150% though there has been no proof provided for such claims.

Another way to make money with USI Tech is via the referral program. Users simply sign up and then encourage friends and family to purchase packages as well as promote USI Tech by leaving their referral links on social media, online forums and article comment sections. This MLM (multi-level marketing) referral system allows users to earn up to 10% commission from anybody they refer to USI Tech. As such, it is possible to earn with USI Tech without personally buying any Bitcoin packages.

USI Tech claims to offer an average of 1% daily payout. While there certainly seems to be plenty of evidence online of users achieving profits, it’s not unfair to question how an automated trading platform can produce such results. Of course, USI Tech was helped by the rise in the price of Bitcoin in 2017. However, the returns seem too good to be true, particularly when you consider how volatile an investment Bitcoin is. Meaning, nothing only goes up forever.

USI Tech Shut Down in US and Canada 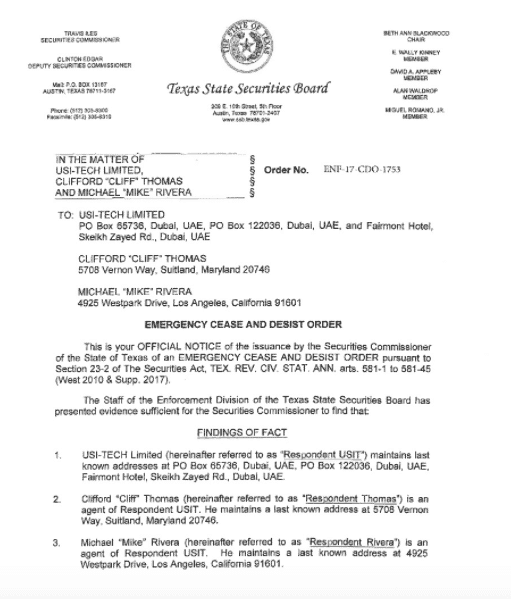 USI Tech has since blamed its own affiliates, and asked them to remove any evidence that they promoted the company on websites and social media. Since USI Tech shut down its operations in the US and Canada, many users have been unable to access and withdraw their funds. This debacle is undoubtedly a huge reminder that if it seems too good to be true, it probably is.

It’s fair to say that opinion about USI Tech is very divided. One thing that’s clear is that online reviews should be taken with a grain of salt. After all, some people who highly praise USI Tech are its affiliates, so they have something to gain. Likewise, some of the most critical reviews dismantle USI Tech, then promote their own money-making schemes. In all honesty, it’s hard to know who to trust.

Here’s what cannot be denied: Many users have made good money by purchasing Bitcoin packages from USI Tech. Indeed, there’s plenty of information about the company’s proof of earnings online. And it’s also clear that very few people know how they produce the profits that they’re providing to customers.

It seems that USI Tech is following Bitconnect’s trail, and are now creating their own TechCoin. Reading over a whitepaper about this situation, it doesn’t seem as if TechCoin brings anything new to the table.

In fact, TechCoin seems to be very similar to Bitcconnect’s coin, which created a lot of hype until it crashed and burned in January 2018. In the course of a week, it fell from $431 to $25. (Today, it’s trading at around $3.)

Conclusion: Would I Invest in USI Tech?

While USI Tech has generated profit for many users, there’s a lot of evidence that it’s essentially a Ponzi scheme. USI Tech has told us how they earn Bitcoin for customers, but they haven’t produced evidence to support their claim. It’s highly unlikely that USI Tech’s stated strategies (mining and arbitrage trading) generate sufficient revenue to pay the returns. In addition, there’s the complete downline referral of new signups to consider.

So while it’s all well and good when people are making money, there are those who may well be burned—if and when it all comes crashing down. Bitconnect’s case certainly provided a glaring example. And if you’re ever in doubt about the legitimacy of a project such as USI Tech, you can always use our Bitcoin Scam Test tool.

Personally, I wouldn’t risk my money on a business that raises so many questions.

Do you have experience with USI Tech? Do you think that it’s legitimate, or is it simply a scam? Let us know in the comments below.

38 comments on “USI Tech review – is it Legit or Just Another Ponzi Scheme?”