Skip to content
You are at: Home » Coinbrief » Where can I buy digital currencies? » Direct Purchase » Robocoin 2.0 Announced, New Banking Features for Bitcoin

On June 10, 2014, the Las Vegas-based Bitcoin ATM manufacturer Robocoin has announced the next stage in its development, Robocoin 2.0. The company hopes to become an actual banking service rather than a mere provider of Bitcoin ATMs. Robocoin is rolling out an online Bitcoin banking service, with several different accounts for different purposes; Robocoin, operator, multisig, and broker accounts, which you can use according to your Bitcoin storage needs. A person’s online bank account will be accessible from any Bitcoin ATM, meaning that you’ll be able to deposit funds, withdraw them, and exchange 12 different currencies for Bitcoin, from any Bitcoin ATM, in any location without having to make multiple accounts. In addition to its banking functionality, the new Robocoin online accounts will act as online wallets, allowing users to send and receive funds across the globe instantly. Currently, Robocoin provides its Bitcoin ATM services to 13 countries around the world, and is currently working to expand their services to more countries. That doesn’t mean that you have to reside in a country that has a Robocoin ATM in order to use the online banking service, however. Anyone can create an account and utilize it as an online wallet.

An interesting new feature of the Robocoin 2.0 Bitcoin ATMs is the account security. Implementing biometric authentication technology, a palm scanner will be one of “three factors of authentication– phone, PIN, and palm-vein” that will “secure customer accounts against theft and fraud.” 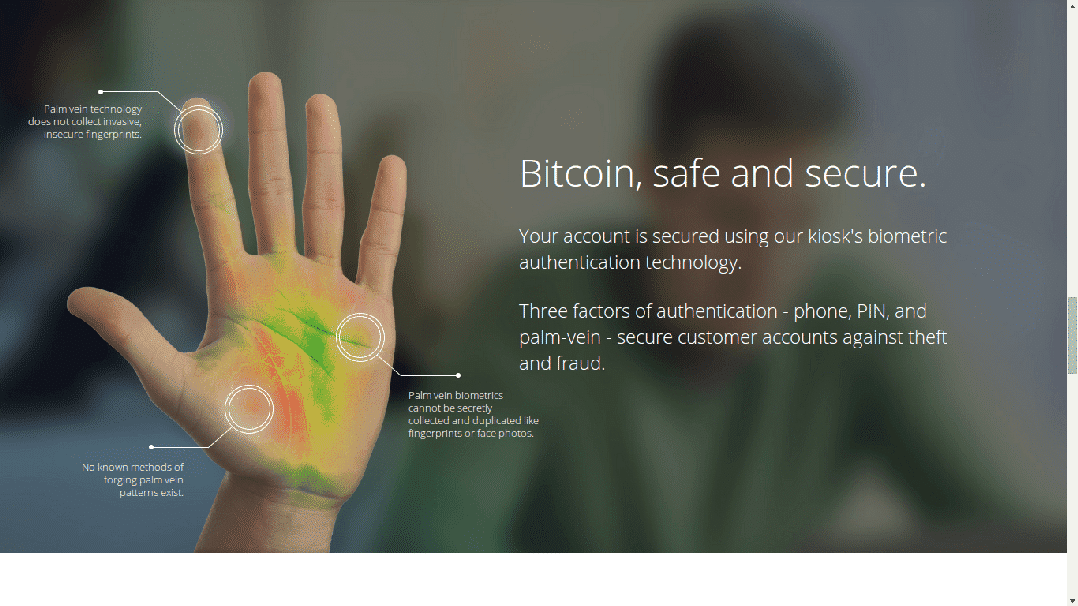 We know that Bitcoin has the ability to transfer money between two individuals in any location instantly and with minimal transaction fees, compared to wire transfers done through traditional banking institutions. Also, the fact that Bitcoin transfers can be made with mobile phones means that Bitcoin can replace traditional banking institutions in extremely impoverished countries, where individuals use cheap smartphones rather than computers. However, with the development of Robocoin 2.0, the global remittance market will become easier than ever.

Bitcoin is already being used by families who have relatives in undeveloped and developing countries to send money to those relatives in order to help them with their daily expenses. Bitcoin is so appealing to families in these situations because of the speed, and low cost, of sending money through the Bitcoin payment network as opposed to the traditional method of wiring money through a bank. One of the most popular wire transfer services used for remittances is Western Union’s international wire transfer service. There is also a startup international money transfer service, Moneygram, that is currently competing with Western Union. These services charge massive transaction fees that eat up a large portion of the money that families send to overseas relatives, making it extremely expensive for these families to help their impoverished relatives. Bitcoin has proven itself as a much better service than Western Union or Moneygram, as the blockchain technology makes transfer fees negligible, or even ‘free’ if you are willing to risk extended confirmation times.

Robocoin 2.0 will take advantage of the extremely low-cost miner fees and lightning fast transaction speeds by, consolidating an ATM service, a hot wallet service, and a cold storage service into one Bitcoin “banking” service. The Bitcoin remittance process will be made much simpler with this kind of consolidation. Currently, when an individual wants to send some bitcoin overseas to a family member, a multi-step process must take place.

First, both family members have to download a wallet app; and with a wide range of wallet apps to choose from, it can be difficult to figure out which ones to use, in order to attain the right balance of efficiency and security, that would be desired in the remittance market.

Next, the person sending the bitcoins must actually buy them from an exchange. With the notorious Mt. Gox debacle, made even worse by the recent release of The Willy Report, it has come to light that any Bitcoin exchange should be used with extreme caution.

Finally, the actual transaction must take place, which is the easiest step in this process; person A will send the bitcoins overseas, instantly, to person B. Then, person B will have to go out and find someone who will trade the bitcoins for the currency of that country. Since we are looking at the remittance process in extremely poor countries, it is unlikely that there will be many merchants that accept Bitcoin, thus creating the necessity to sell the bitcoins for other currencies. This step is the most dangerous step in the Bitcoin remittance process, as the person trying to sell the bicoins will be vulnerable to robbery and fraud, as they will have to rely solely upon their trust in the person who is buying their bitcoins.

However, this process will be streamlined, and made more secure, by the rollout of Robocoin 2.0. Every step of the process can now take place in the Robocoin ecosystem. Both family members can create a Robocoin account online. Person A can use either the online service, or a nearby ATM, to safely buy bitcoins and send them to Person B. Then, person B can go to a Robocoin ATM, which would ideally be located in a safe, well-lit area, and take advantage of the three factor authentication process to safely turn the bitcoins into another currency that he or she can use for daily expenses. With Robocoin 2.0, the risky, multi-step Bitcoin remittance process has been made much simpler, faster, and will become completely trustless.

Hopefully, the potential for Robocoin 2.0 to completely overhaul the global remittance market will be fully realized at some point in the future. We know that Bitcoin can bring prosperity to even the poorest countries, by completely pushing government out of the monetary system. Now, with the announcement of Robocoin 2.0, which will be made available sometime this summer, this potential has been massively expanded.