Skip to content
You are at: Home » News » Feds shut down Silk Road and arrest platform’s administrator, 26,000 Bitcoins said to be seized [UPDATED]

The online black market Silk Road, based on the deep web (operated as a Tor hidden service), has been shut down by the feds this Wednesday (2). The FBI conducted the investigation, which lasted several months, and arrested a suspect they believe is the administrator of the website. Apparently, the famous Dread Pirate Roberts is a 29-year-old man called Ross William Ulbricht who operated the platform from San Francisco.

We all know that Bitcoin is one of the most used currencies by the Silk Road clients, but the connection of this story to cryptocurrency doesn’t stop here.

The feds have been trying to track the administrator of Silk Road for months, recreating his digital footprint and even going back years into his online communication history. Every detail of how the FBI managed to identify Ulbricht and arrest him was outlined in a court complaint document.

According to BBC News, the operation started when the codenamed Agent-1 made an initial and intensive research about web pages related to Silk Road, finding the first clue: a post from January 2011 made on a web forum where users were debating the use of magic mushrooms. That was when he discovered other post written by someone nicknamed Altoid with the tilte “Anonymous market online?” and a reference to Silk Road.

The post said “I came across this website called Silk Road. Let me know what you think.” and contained a link to a site hosted by the blogging platform WordPress, which provided another link to the Silk Road’s location on the deep web. This first blog had, of course, been created by an unknown user who covered his steps. 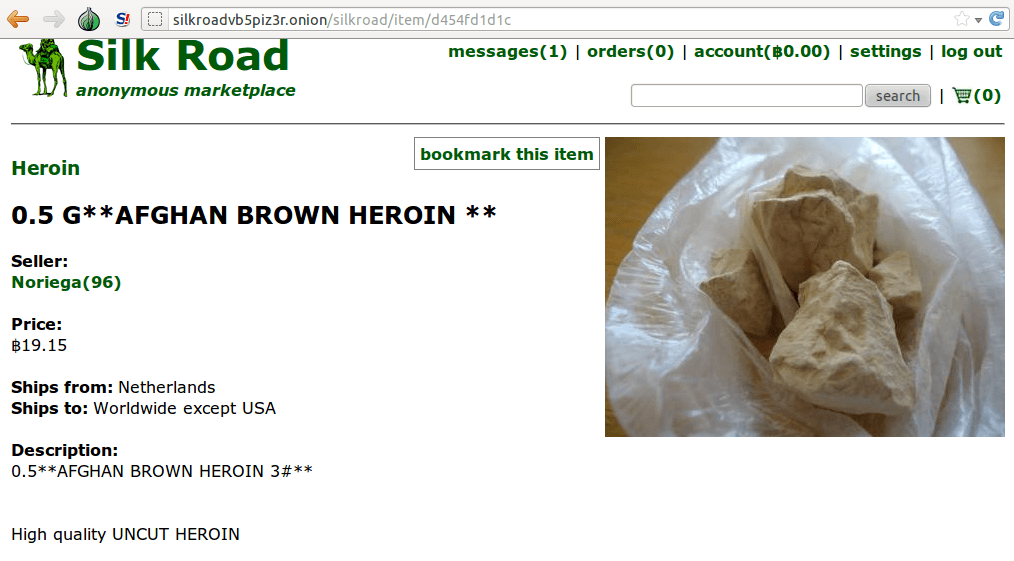 After that, Altoid appeared in another place, one that’s very familiar to the cryptocurrency users, the forum BitcoinTalk.org. He was trying to advertise Silk Road and make it go viral. But the major mistake committed by Ulbricht came in October of that year, when Altoid answered a post asking for an IT expert with knowledge about Bitcoin. In his answer, he said to contact him via [email protected]

With a Gmail address, it was easy for the FBI’s Agent-1 to link it to accounts on Google+ and YouTube. Through these pages, the feds discovered that Ulbricht’s interests covered economics, especially Ludwig von Mises Institute, a renowned Austrian school of economics. On more recent debates on the Silk Road forums, Dread Pirate Roberts was making several references to the Mises Institute. Another connection was done.

Through the Gmail address, the feds also discovered – the words quoted by BBC News are “obtained from Google” – details of IP addresses and locations used to log into Ulbricht’s account. The search focused on San Francisco, but as it would be expected Dread Pirate Roberts was using a virtual private network (VPN) to create a fictitious IP address, in order to cover his tracks.

The next step for the FBI was to subpoena the VPN’s provider. The records showed a user logged in from an internet cafe on Laguna Street, just 500 yards from an address on Hickory Street, still in San Francisco, known to be the home of a friend of Ulbricht’s. It was also a location where he had logged in to his Gmail account. At this point, the authorities found the obtained proof enough to conclude that Ulbricht and Dread Pirate Roberts could perfectly be the same person.

More evidence and the arrest

However, the court complaint keeps on going and adds more proof. Back in July, a true coincidence gave the case a new boost. During a routine border check of a package from Canada, the authorities found forged documents for several fake identities. All of them had photos of the same person. Yep, Ulbricht again.

The package was going to 15th Street, again in San Francisco. Later, Homeland Security visited the house, but according to the website SFGate Ulbricht was found and arrested at the San Francisco library, where he was working on his laptop. As stated by the Texas native, everyone who lived with him just knew him as Josh.

The feds say that the new IDs purchased by Ulbricht – he had also been investigating about how to get them online, leaving more tracks – were going to be used to purchase more servers. In the court complaint, the authorities say that Silk Road’s administrator “intentionally and knowingly did combine, conspire, confederate and agree (…) to violate the narcotics laws of the United States“.

Besides also being charged with possessing controlled substances with the intent to distribute them and committing or conspiring to commit computer hacking offences, as well as money laundering offences, the legal document reveals that, on March 29th, Ulbricht “solicited a Silk Road user to execute a murder-for-hire of another Silk Road user, who was threatening to release the identities of thousands of users of the site”.

Bitcoins seized by the authorities

As reported by the website Coindesk, Ulbricht’s arrest allegedly led the feds to seize 26,000 BTC, the equivalent to almost $3.26 million according to yesterday’s rate. If the values are true, this could be the biggest Bitcoin seizure ever.

However, the price of Bitcoin has dropped significantly since the event, causing panic among the cryptocurrency ecosystem. Lots of users started to sell their Bitcoin staches after the news got out. The current rate is around $110.

Bitcoin Examiner will be updating this article if new information comes out.

UPDATE 12:40 – Although the court complaint only includes the attempt to hire one murderer, Ulbricht had actually ordered a kill before, says the Washington Post. The details about this case are described in an indictment published by the Baltimore Sun. However, the man who arranged the first “murder” was an undercover police officer. Ulbricht wired $80,000 to pay for the murder, but only got a fake crime in return. The undercover  officer initially attracted Ulbricht’s attention by posing as a large-scale drug dealer.

UPDATE 12:46 – Silk Road users were advised to be cautious with communications after Ulbricht’s arrest, as you can see by this print screen shared through Reddit. The message was left by the user ‘samesamebutdifferent’, who said that “it is likely that these forums are under LE [law enforcement] control”. In this goodbye message, he adds that “this is a terrible end to a beautiful thing”.