Skip to content
You are at: Home » News » Draper family and Bitcoin: son worships it, dad is learning about it and grandpa is not feeling the love

Three generations of the Draper family recently gathered around the same table at the Korean entrepreneurial conference beGlobal, in East Palo Alto, California (USA). They attended the event to talk about their experiences in Asia and their opinions about the state of startups and venture and Bitcoin became one of the main themes of their participation.

Although they are part of the same family, they have very different views about cryptocurrency. While the Boost VC incubator co-founder, Adam Draper, is an obvious enthusiast of the virtual currency world, his grandfather, Bill Draper, is not a Bitcoin fan at all. The dad, Tim Draper, founder of the Draper University and of Draper Fisher Jurvetson, is a dabbler in Bitcoin. However, “his” university already accepts cryptocurrency as a form of paying the tuition.

During the conference, the three businessmen talked about their experiences and listened to pitches from several Korean startups. Korbit, a distributed Bitcoin exchange, was one of them. Cryptocurrency was clearly a huge part of this event, so here’s a summary of what each Draper thinks about Bitcoin. 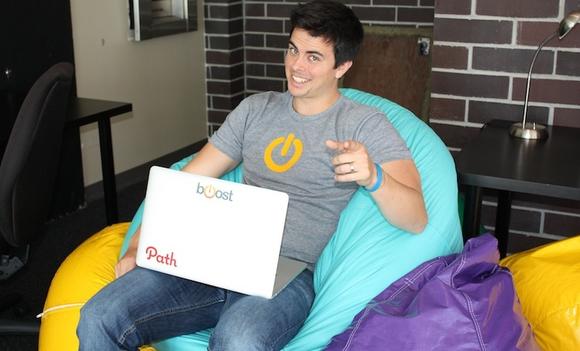 During the conference, the youngest representative of the Draper clan said Bitcoin is “the closest thing to an international currency that we have”. He said that he believes that “in the future there will be one giant central exchange”.

A while ago, he also wrote that “there is a thriving hacker community behind Bitcoin, there are purchases being made with it (some of them legitimate), and there is $300 million worth of Bitcoin. It is becoming readily available to the common Internet user rather than just hackers. I believe that this movement will spur not only the iTunes of Bitcoin, but an entire economy of ideas”.

He also considered the subpoena by the New York banking authorities “a badge of honor”. About this, he told Upstart Business Journal: “I believe that regulation is just the beginning of Bitcoin. By regulating the ecosystem and the new currency they are validating digital currency. This will instill more consumer confidence in the world”. 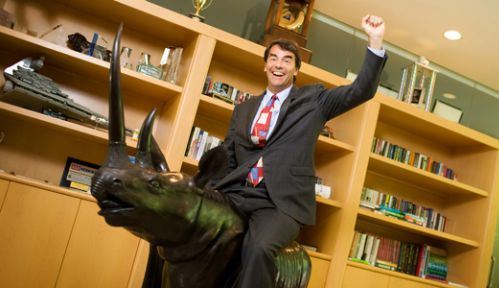 Although he didn’t talk a lot about this theme during the conference, Tim Draper likes Bitcoin, that’s obvious. Otherwise, he would never have started accepting it as a way for students to pay their tuition at the Draper University.

In June, when he announced the news, he said that “Some of the most forward-looking entrepreneurs are active Bitcoin traders. At Draper University of Heroes, we accept Bitcoin payment of tuition because it is a promising currency with appreciating value. For the time being, we still accept dollars, too”. 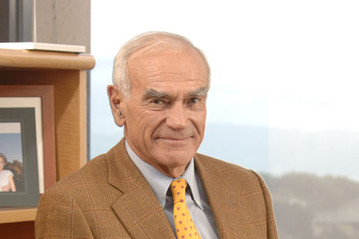 Bill Draper, the oldest member of the Draper clan, is not a Bitcoin fan. He wasn’t happy about the subpoena his grandson received last month: “don’t be the first Draper to go to jail”, he said during the conference. Adam answered: “Pops still isn’t a believer, but he will be”.

Via bizjournals.com and pandodaily.com