This author’s opinions do not necessarily reflect those of Coin Brief.

A few days ago, CoinDesk published an article summarizing a piece that was published the Internet Policy Review by Andy Yee, an analyst for Google’s Asia-Pacific division, regarding Bitcoin regulation. The CoinDesk article provided a basic outline of Yee’s arguments, and provided a link to the original article on the Internet Policy Review’s website. Since I have such a strong interest in the economics of Bitcoin regulation—which stems from my interest and study of economics in general—I took the time to read Yee’s original article in its entirety.

In his article, Yee takes a decidedly pro-government, anti-free market stance on Bitcoin regulation. However, Yee’s suggested approach was very intriguing and much different from any other regulation proposal advanced thus far. Despite its fresh perspective on a contentious point of debate in the Bitcoin community, the article by the Google analyst is ultimately misguided. The layer theory of Internet regulation, which will be briefly summarized below, is undoubtedly interesting, but it cannot be applied to Bitcoin, for the digital currency operates nothing like the rigid and highly centralized nature of the Internet. Additionally, it is possible that as the Internet evolves and becomes increasingly decentralized—with access to the Internet no longer requiring a centralized provider—this layer theory of Internet governance will also no longer apply to the Internet.

Yee’s ultimate point was that governments should regulate every aspect of Bitcoin that has to do with for-profit business or anything that involves dealing with customers or providing them with a good or service. The only aspect of the Bitcoin economy that should remain free is the development side, the individuals and groups that build things on top of the Bitcoin protocol. Yee believed that if you tied the entire economy down with restrictive Bitcoin regulation, except for the small sector that makes wallets and fixes bugs in the protocol, we would achieve a perfect balance between unleashing the potential of Bitcoin and making sure it is not too disruptive. Clearly, Yee does not understand the intended purpose of Bitcoin.

The Layer Theory of Internet Governance

and its Application to Bitcoin Regulation

Andy Yee employed a theory of Internet governance advanced in a 2004 Notre Dame Law Review piece by Lawrence B. Solum and Minn Chung. This theory breaks the Internet down into 6 distinct layers, later simplified—in 2012—into 4 layers. The 4 layers of the simplified model are as follows:

This theory holds that the only layers of the Internet that should be regulated are the application layer and the content layer, for these two levels of the Internet are where crime takes place. The link layer can be used to track down any person or group of people who developed a malicious program and distributed it on the application layer, which then harmed people on the content layer. There is no need, however, to regulate the link layer itself, for that would stifle innovation and slow the beneficial growth of the Internet.

Applying this theory to Bitcion, Yee came up with the following layers and a corresponding policy suggestion:

Much like the layer theory of Internet governance, Yee concludes his article by saying that the user and information layers of Bitcoin should be regulated to prevent businesses from defrauding customers, or to prevent drug trafficking, terrorist financing, or other illicit activities. The logical layer should remain free and unregulated, though, because restrictions would, like they would with the Internet, stifle the development of beneficial applications on the Bitcoin protocol and stunt the growth and improvement of the overall technology. The logical layer can remain unregulated and still allow authorities to track down criminals because Bitcoin’s blockchain is a public ledger. Much like the Internet’s link layer, criminal activity can be traced back to individuals through blockchain analysis.

There are a few grave, misinformed ideas employed by Yee here, so let’s take a look at them.

Mistakenly Tying Bitcoin and the Blockchain Together

as a Monolithic Technology

Bitcoin and the blockchain are two entirely different things; the blockchain is a technology in itself, independent from Bitcoin. Bitcoin is merely a blockchain-based currency, one out of several hundred. There is no single blockchain that all related projects are built upon—there are as many blockchains as there are crypto-currencies. 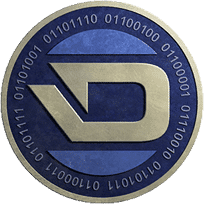 Additionally, there are currently projects in the works that aim to make transactions on blockchain-based applications completely anonymous, impervious to blockchain analysis. Two of these projects are DarkWallet and DarkCoin. DarkWallet implements pay mixing so that transactions cannot be pinpointed to an individual. DarkCoin also allows users to send payments to each other without compromising their privacy on the blockchain. How would a government be able to use the blockchain to track criminals down on these applications? They cannot do so, so they would have to ban the applications outright, going against Yee’s policy suggestion.

This misguided approach to the blockchain led Yee to say that the real value of Bitcoin is not its monetary implications, but rather it is the development platform that the Bitcoin protocol serves as. But this statement is entirely false; the real value of Bitcoin is indeed its monetary implications because that is what Bitcoin is, a currency. In the process of developing Bitcoin, Satoshi created the blockchain, which is the actual crypto development platform. But that means that there is no single blockchain with one set of layers that can be regulated. Yee’s entire layer theory of Bitcoin falls apart at this juncture, for the entire argument rests on an assumption that there is only one blockchain from which all crypto-projects spring. In reality, there are an infinite amount of blockchains, and thereby infinite sets of “layers.” I wonder how Yee would go about regulating an infinite number of Internets, because that is essentially what he is recommending that governments do with the blockchain technology.

We will give Andy the benefit of the doubt, though, for he is probably unaware of the various altcoins and other blockchain projects that exist outside of the Bitcoin ecosystem. But, if that is the case, he probably should not be making policy suggestions to governments regarding how they should regulate the blockchain.

The Existence of Bitcoin “Gatekeepers” is Temporary

Yee also talked about the need to regulate the “gatekeepers” of Bitcoin, meaning the exchanges, ATMs, online wallet providers, etc. This argument goes back to the article I wrote a few days ago about the futility of trying to fit Bitcoin into existing legal structures. These exchanges and ATMs are only intermediaries; temporary waypoints in Bitcoin’s evolution towards a global currency. The only reason these things exist is that people need access points to get Bitcoin. Once there is no longer a need to exchange Bitcoin to usd, or any other fiat currency, once people receive their paychecks in Bitcion, exchanges and ATMs will go away, or have a much smaller role.  Therefore, sinking large amounts of resources into this temporary problem of Bitcoin regulation is laughable. As I said in my previous article, Bitcoin was not is not supposed to operate parallel to existing regulatory and monetary institutions, it is meant to replace them. So let the gatekeepers run free, they can try to defraud the public, but they will fail and their competitors will improve their services as a result, just like what happened with the Mt. Gox debacle.

But even if it was worthwhile to regulate the gatekeepers, it would eventually become impossible due to the tendency of everything related to Bitcoin to become decentralized. For example, decentralized Bitcoin exchanges, with no central administrative authority, already exist, and people are developing new and improved ones as well. How will the government regulate the gatekeepers when every person on the exchange is a gatekeeper? The answer to that question is limiting who has access to the blockchain, but does that not violate the principles of the layer theory of Bitcoin governance?

Furthermore, even the layer theory of Internet governance, the inspiration for Yee’s article, will become increasingly irrelevant as the Internet becomes decentralized. Again, how will the government regulate the gatekeepers if every Internet user is a gatekeeper? The only answer to that question is the creation of a massive surveillance-police state, capable of things that are far worse than anything the NSA has done in the past. Hopefully, Andy Yee does not support that kind of government.

2 comments on “Bitcoin Can't be Regulated like the Internet”