This is the weekly Bitcoin Price report for the week of September 7-September 13, 2014. This report provides a quick overview of the daily opening prices on the Bitstamp Bitcoin exchange, a more detailed description of the daily price activity, and a general forecast for the Bitcoin price in the coming week. This week was a slightly bearish one, but overall the week was relatively calm, with the Bitcoin price remaining between $470 and $480, falling a total of 0.83% for the week.

Note: The prices on this list have been rounded to the nearest dollar amount. Therefore, our description of the Bitcoin price movements for the week will not be 100% accurate. 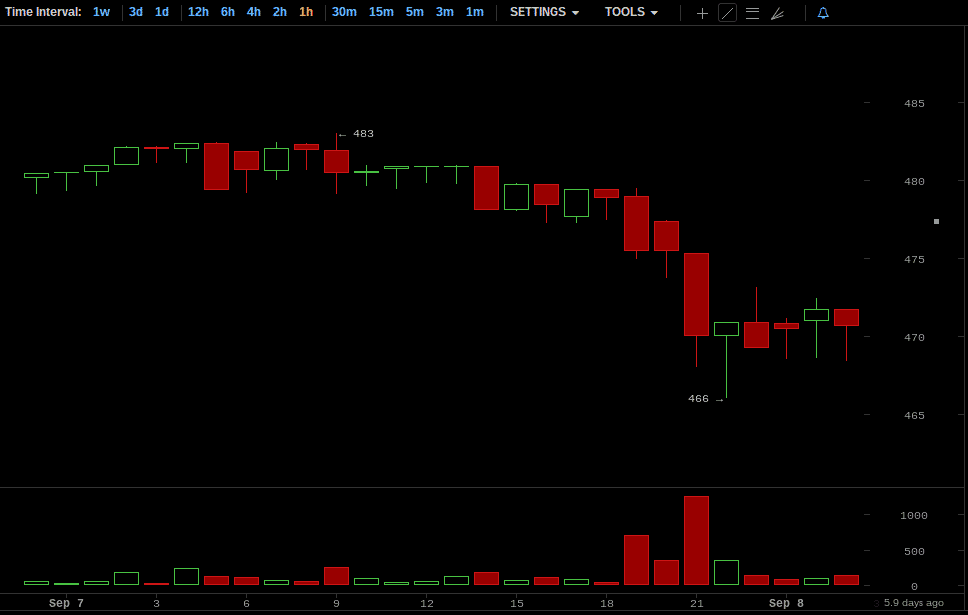 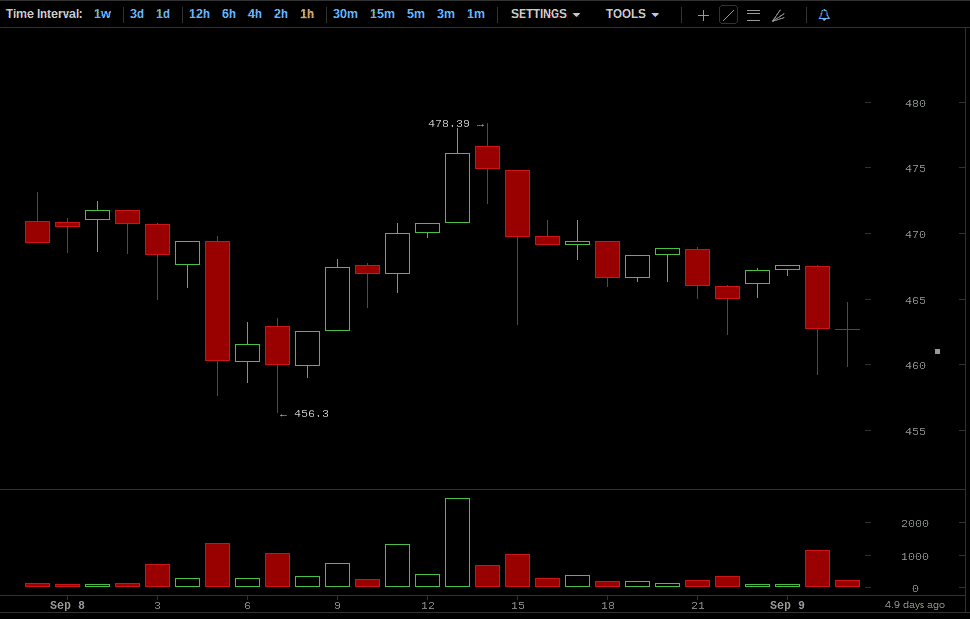 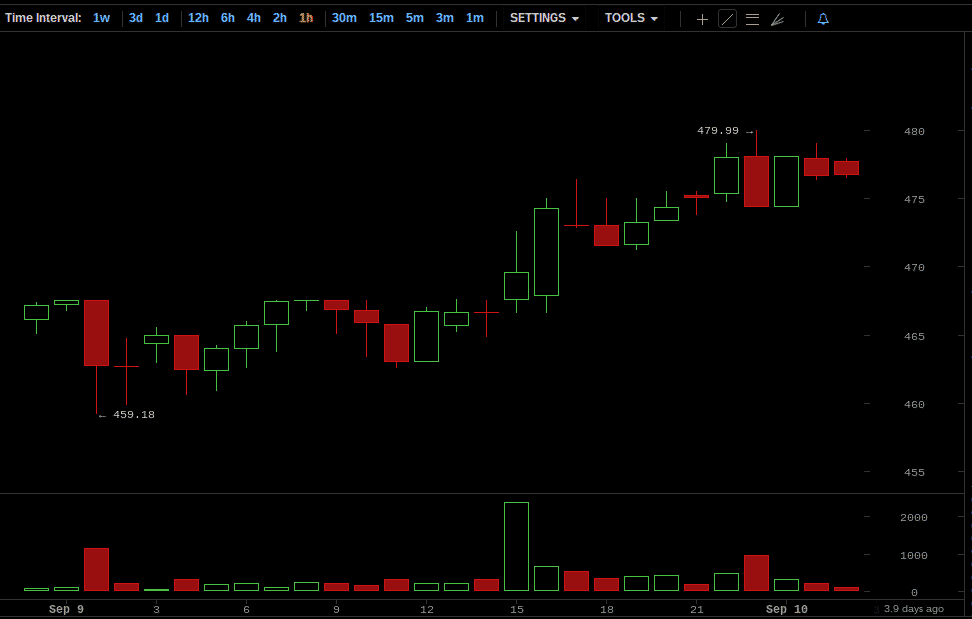 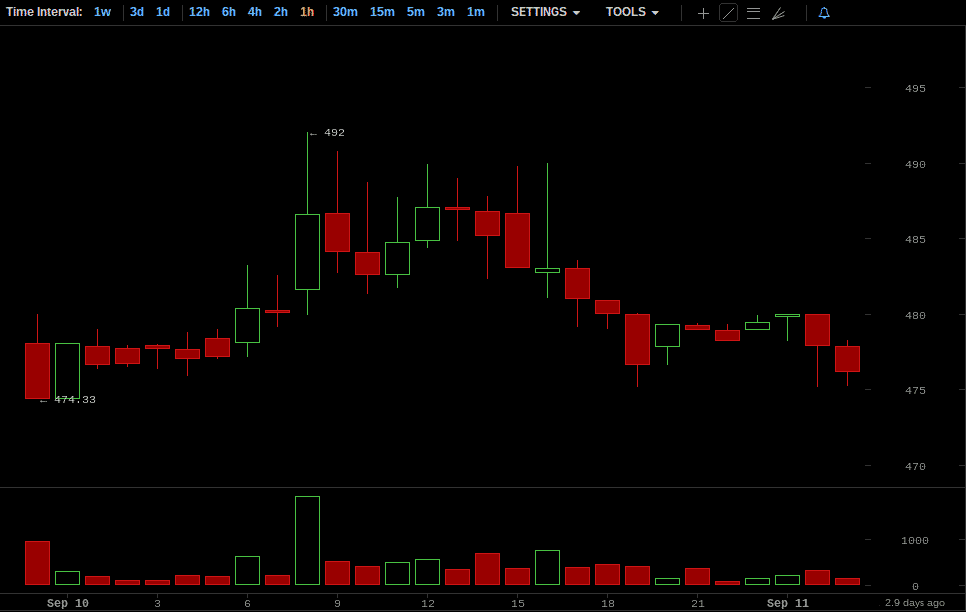 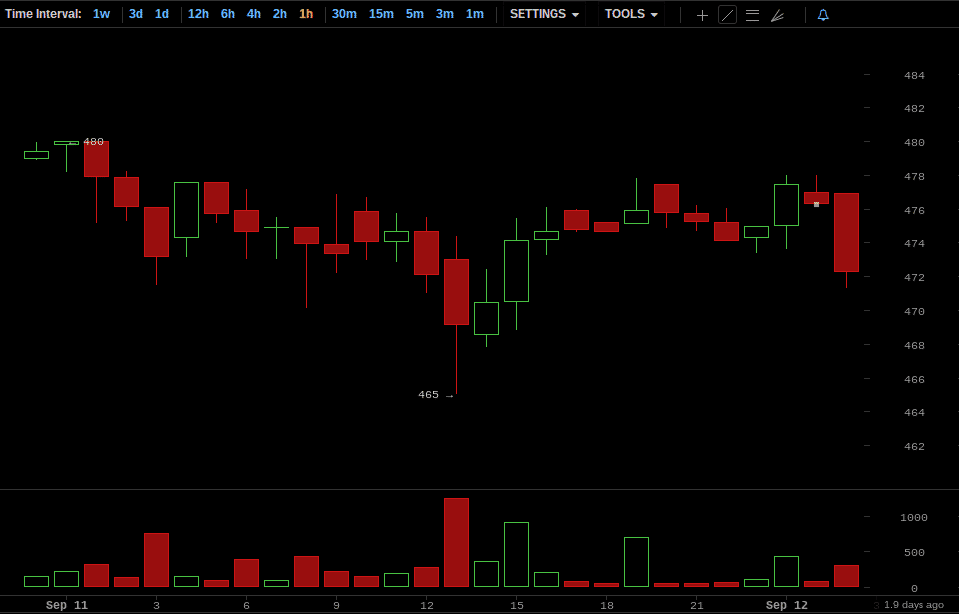 September 11 started out at $480, up 1.27% from the beginning of the previous day. Around 1 PM, the Bitcoin price took a rather quick drop from $473 to $469, with an hourly low of $465. Aside from that quick drop, the price stayed relatively flat for the entire day, remaining in the $470s. The day ended with the Bitcoin price standing at 475. 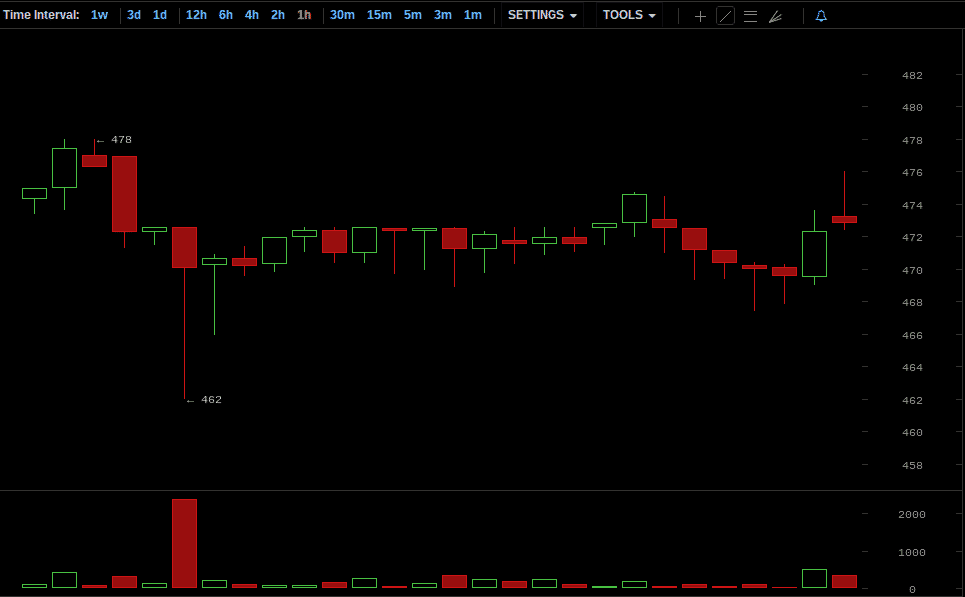 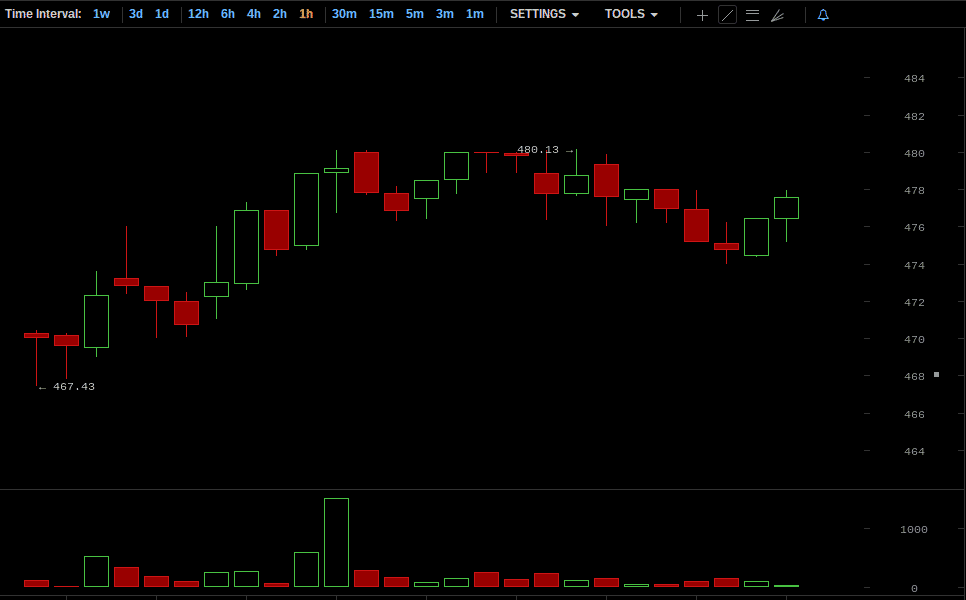 Where will the Bitcoin Price go from Here?

Last week we advanced two possibilities for our ceteris paribus (all things remaining equal) forecast, due to the lack of a clearly defined trend. Our first possibility held that the Bitcoin price would remain fairly level–hovering in the low-to-mid $470s and the $480s. The second possibility we put forth was that the price would continue to gradually decline. Clearly, the former scenario ended up playing out in reality, with the Bitcoin price staying between $470 and $480, except for some short lived dips into the mid-to-high $460s.