This installment of Coin Brief’s weekly Bitcoin price report covers the week of August 31 to September 6, 2014. This week was mostly a bearish one, with the price decreasing by a total of 4.76% for the week. In this report, we will look at the daily opening prices on the Bitstamp Bitcoin exchange, provide a more detailed description of the daily price movement in our weekly recap, and then provide a general forecast for the movement of the Bitcoin price in the week to come.

Note: The prices in this list have been rounded to the nearest dollar amount. Therefore, our description of the week’s price movements will not be 100% accurate. 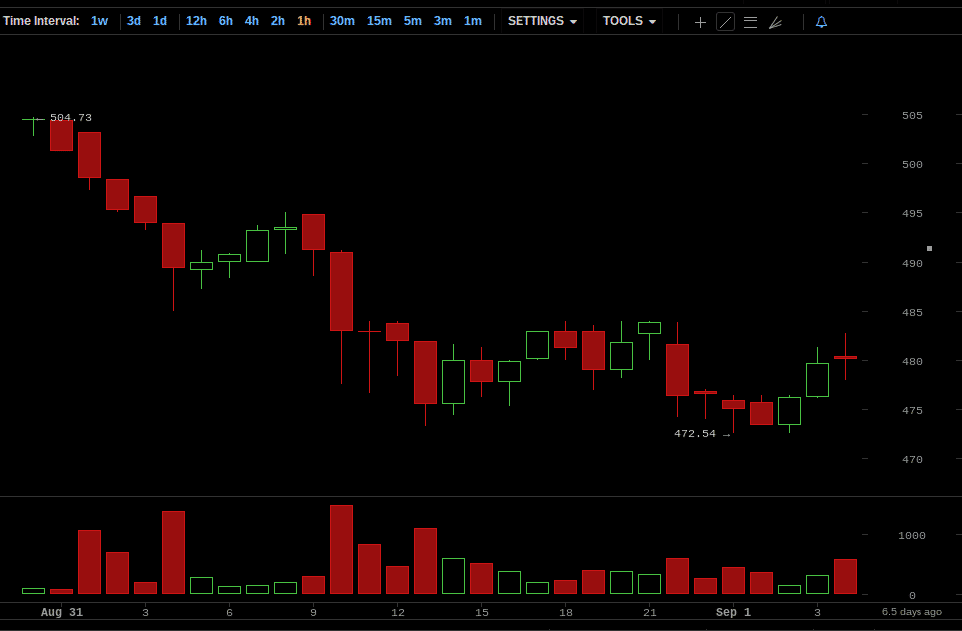 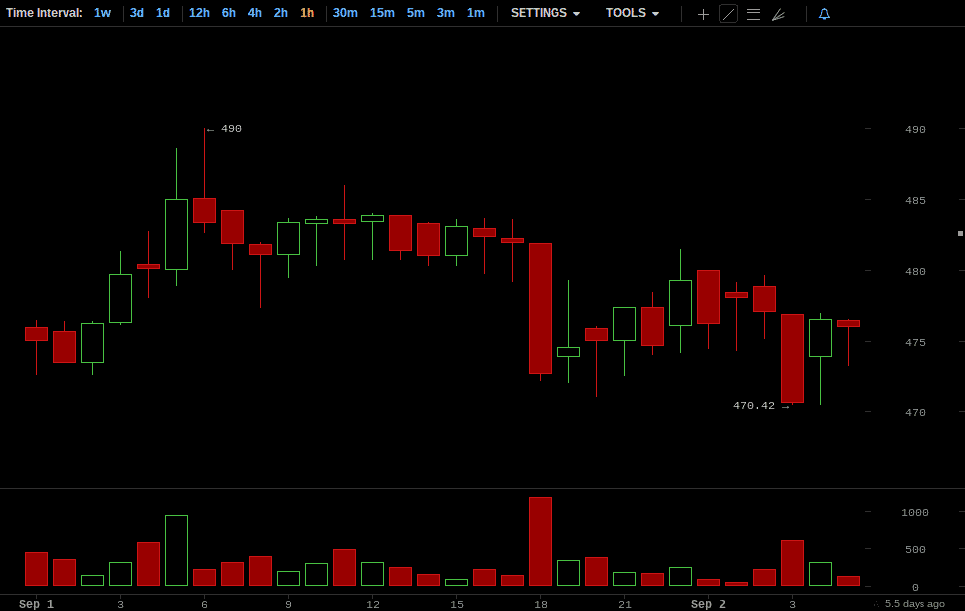 Monday, September 1, started at $476, down 5.56% from the previous day. The price gained some ground in the early morning hours, going from $476 at midnight to $485 by the close of 5 AM. The price remained fairly flat for the majority of the day, however, staying in the low-to-mid $480s until 6 PM, when the price plunged from $482 at the top of the hour to $473 at the close of the hour. The price recovered slightly from that sharp drop, though, and the day ended at $480. 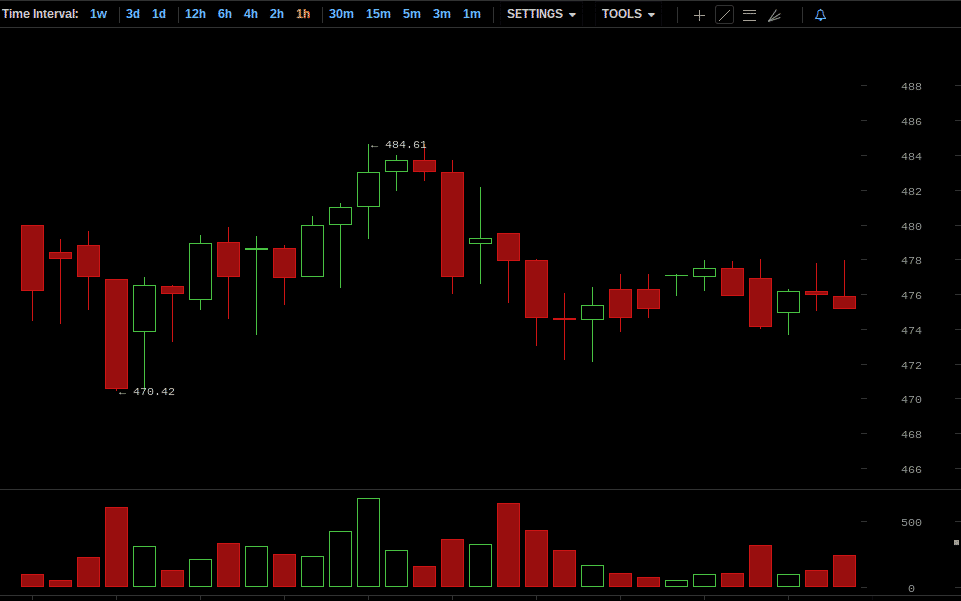 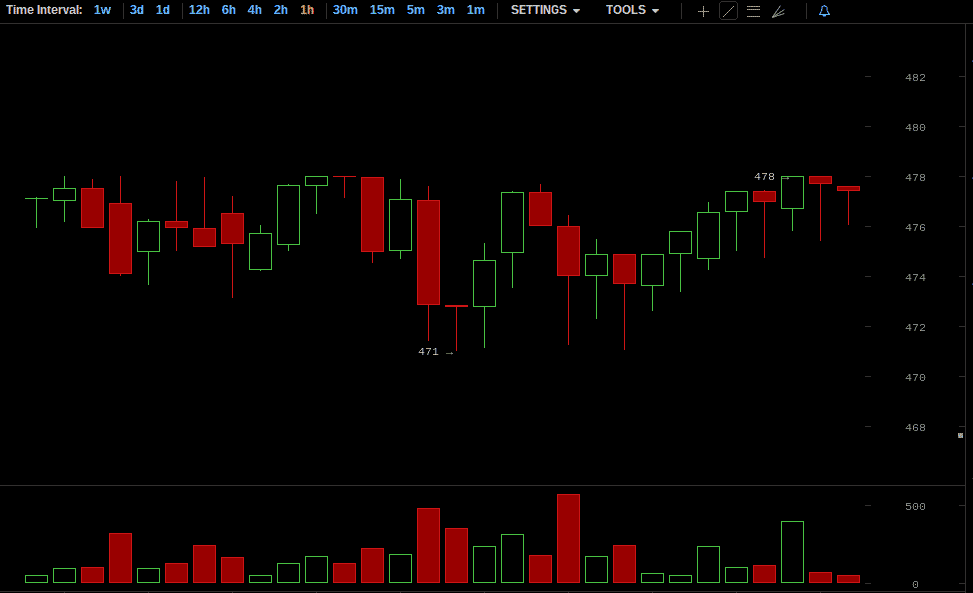 This day began at $477, marking a 0.63% decline from the opening price on September 2. This day was a relatively flat and inactive one, with the Bitcoin price hovering between the high and low $470s all day. The day ended, at midnight, at $477. 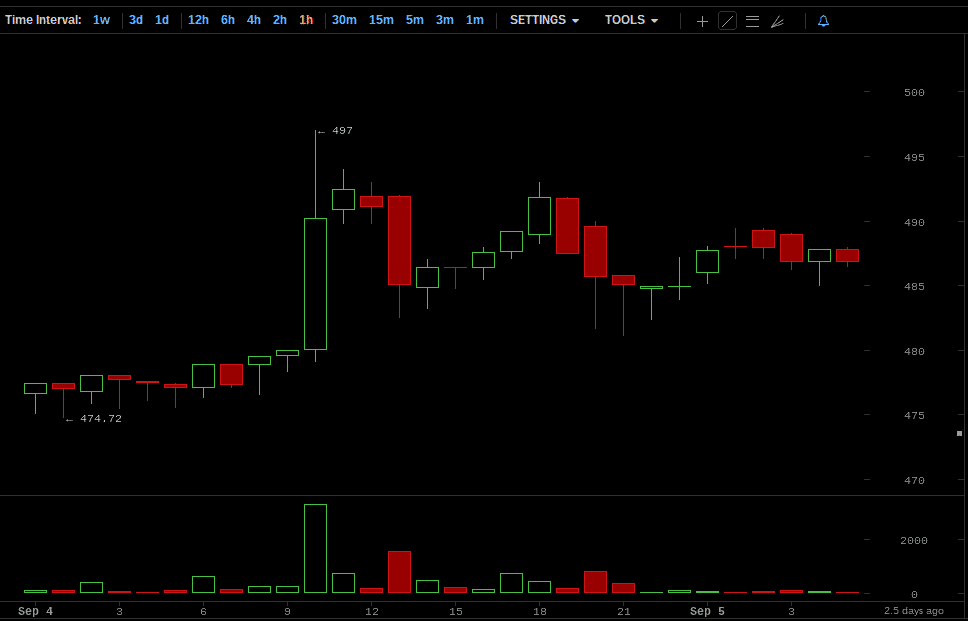 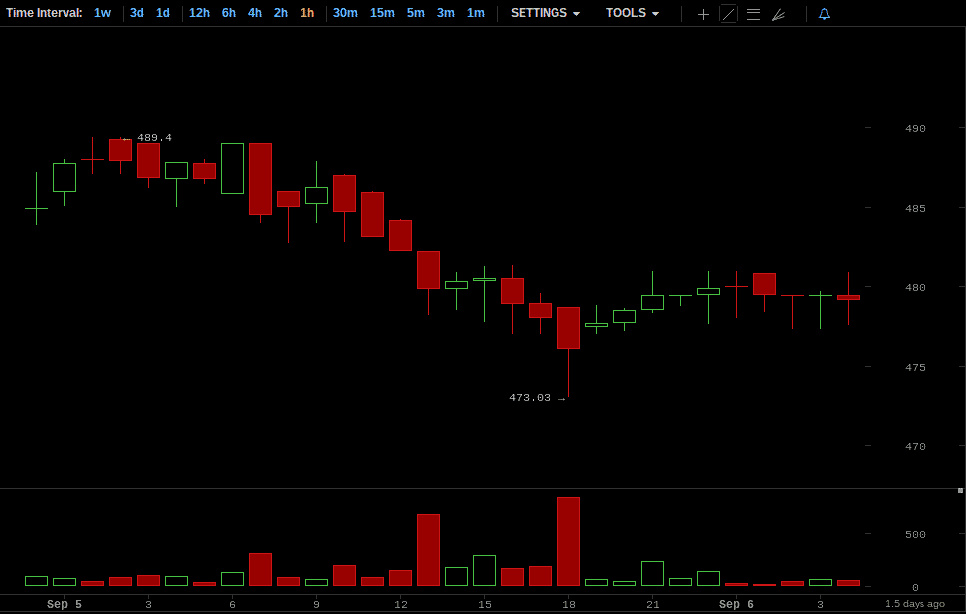 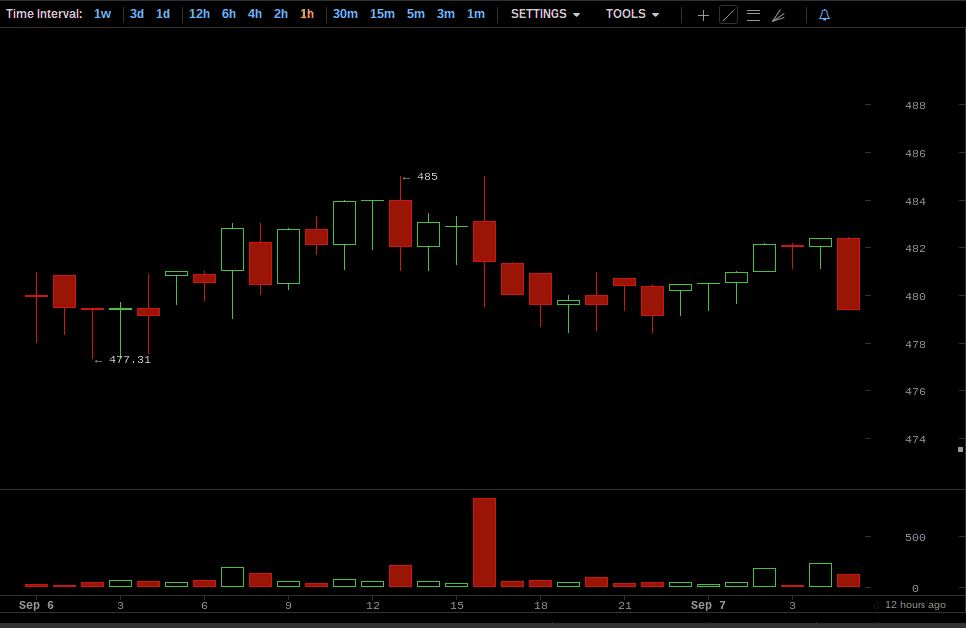 Thanks to the slight, last minute recovery at the end of September 5, the Bitcoin price at the start of the 6th was $480, a 1.23% decline from the open of the previous day—a much less severe loss than the one we would have had without that last minute price increase. This final day of the week was relatively quiet, hovering between the high $4s0s and the low $480s for the entire day. September 6 ended at midnight, thus closing out our week, at $480—a 0.00% change from the start of the day.

Where will the Bitcoin Price go from Here?

Briefly looking back to the ceteris paribus (all things remaining equal) forecast from last week’s Bitcoin price report, we will see that the actual price activity followed the general, downward trend set forth in our forecast. Last week, we said that, ceteris paribus, the price would continue falling until it reached a point where individuals would begin purchasing again. That general forecast proved to be true. The price fell continuously for most of the week, with an overall decline of 4.76%.

As for our forecast for next week, it is not as clear as the one from our previous Bitcoin price report. The decline of the price seemed to meet some resistance in the mid $470s, and the price even made small gains towards the end of the week, with the closing price on the 6th being $480. So it is possible that the decline could be easing up. Therefore, we will advance two possibilities for our ceteris paribus forecast. On one hand, the price may level out, remaining between the low-to-mid $470s and the $480s. On the other hand, the Bitcoin price could continue its decline, the extent to which cannot be determined.