Skip to content
You are at: Home » News » Mining » Bitcoin mining manufacturer HashFast shuts down and auctions remaining assets

The news is not exactly surprising, but this week a federal judge turned the possibility into reality. US bankruptcy judge Dennis Montali approved the auction of nearly all the assets still belonging to Hashfast, the Bitcoin mining equipment producer that owes more than $40 million to creditors based in the United States, Europe, Australia and New Zealand, India and Canada.

HashFast is now allowed to sell thousands of chips, mining boards and other equipment still in the company’s possession in order to repay the money owed. Also, the bidders will be able to buy “claims and causes of action against Simon Barber, co-founder and Chief Technology Officer of the Debtors, including preference, fraudulent transfer, and breach of fiduciary duty claims”, ArsTechnica reports.

However, it looks like the court documents don’t say what should happen to the company’s cryptocurrency holdings. 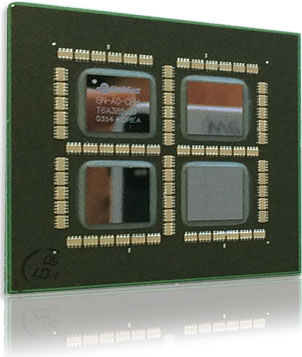 HashFast’s auction is scheduled to take place at 10am (Pacific Time) on December 4, at the 17th floor of the Four Embarcadero Center, in downtown San Francisco. Nevertheless, the company’s website is still living and announcing the sale of the HashFast Golden Nonce, a BTC mining chip.

HashFast is now just another failed Bitcoin endeavour resembling the cases of Butterfly Labs or CoinTerra. The San Francisco-based startup has been hit with a growing number of lawsuits and other claims, although its CEO, Eduardo de Castro, declared back in May that HashFast “are not scammers”.

We are not scammers. We are as poor as church mice.

But, soon after this statement, the company was slapped with an involuntary bankruptcy petition, which led the startup to file for Chapter 11 bankruptcy protection in the United States. Now, the end if near for HashFast: with dozens of unhappy customers and only “five Bitcoins” in their account, according to the creditors’ lawyer Ray Gallo, there is not a lot that the company can do to turn the situation around.

“I think the company is out of money so I think the final employees resigned. Yes, somebody could buy claims against Barber. I’m not sure those have any value though”, Ray Gallo told ArsTechnica, adding that he would be surprised if the creditors are able to get anything from the company.

Gallo reminds us that although court filings dating from September 2014 show that HashFast had over $7 million in assets, “only” over $14 million in liabilities and $124,000 in cash, the company now owes $40 million to creditors. The problem is that the startup failed to book the dollar value of the BTC refunds owed.

“August 2013 purchasers were required to pay in Bitcoin. The debts are booked at the August 2013 dollar value of the Bitcoins customers actually paid. But the contract requires a Bitcoin refund, and that refund right accrued on January 1, 2014, when Bitcoins were worth about $770 each — a lot more than they were in August. HashFast took the exchange risk and didn’t hedge it. Then they couldn’t pay the refunds”.