Skip to content
You are at: Home » News » Weekly Round Up: FBI shuts down Silk Road 2.0, HashFast allowed to auction assets and more

Welcome to Bitcoin Examiner’s latest weekly round up! 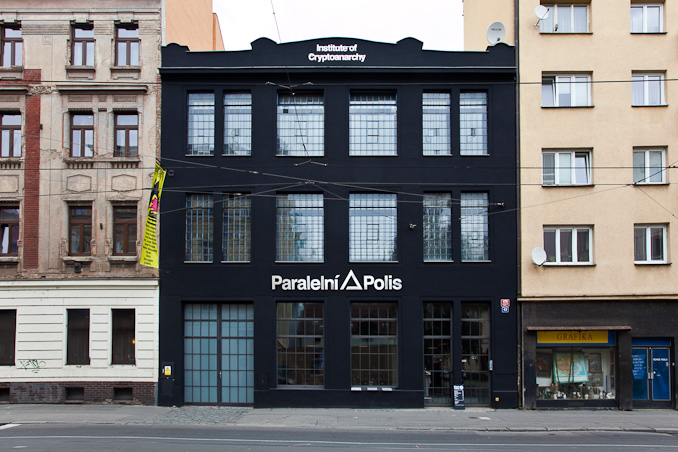 The Bitcoiners of Czech Republic have a new special place to visit. We are talking about the world’s first Bitcoin-exclusive cafe and non-profit organization Parallel Polis. The coffee bar is managed by the avant garde art group Ztohoven, which is also responsible for the Institute of Cryptoanarchy. Both organizations are located in the same building, on Delnická 43.

Besides hosting Bitcoin meet-ups and events for hackers and tech-savvy customers, Parallel Polis and the Institute of Cryptoanarchy also plan to promote ideas of free markets, liberty and personal privacy.

In the next step in its bid to become the bitcoin service provider for everyday users, Circle has launched mobile apps for Android and iOS. The app, which is available today, allows users to make payments, send and request money, and deposit and convert money between bitcoin and dollars.

For company chief executive Jeremy Allaire, the serial entrepreneur who led Macromedia and oversaw the development of Adobe Flash in the 2000s and then changed online video again by taking Brightcove public, the move to mobile and the concentration on person-to-person payments is the next step on the long road to bitcoin adoption. “Focusing on person-to-person payments is a straightforward thing to do right now,” Allaire wrote in an email. “Payment products have been limited to domestic use and tied to one banking system out of thousands around the world.” 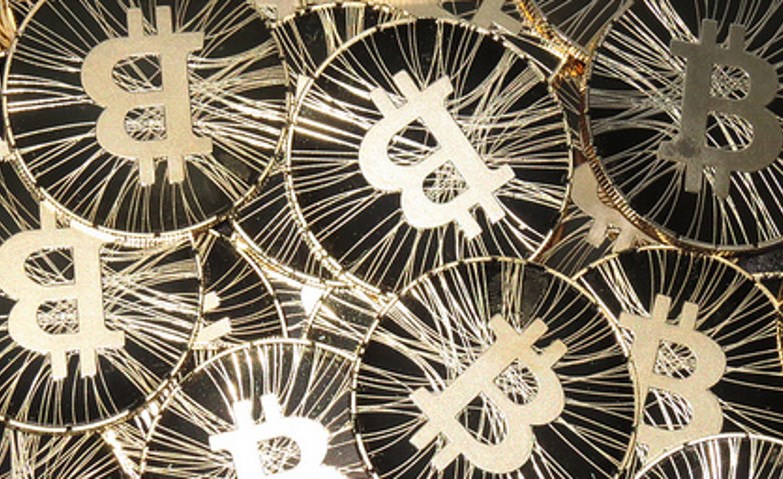 The legal problems continue for the Dominion Bitcoin Mining Company Ltd., a cryptocurrency firm based in Saskatchewan, Canada. The company is now facing new accusations by the Financial and Consumer Affairs Authority and a potential $10,000 fine for allegedly seeking investors without being compliant with the local regulations.

Dominion is not a rookie when it comes to problems with the law. The company was hit with a cease-trade order issued by the FCAA between May until September of 2014. However, the ruling issued due to violations of The Securities Act of 1988  expired with no consequences for the company.

The Federal Trade Commission (FTC) has secured the authority to begin converting Butterfly Labs’ Bitcoin holdings into cash reserves. The motion was granted by the US District Court for the Western District of Missouri on 29th October and marks the latest update in the case that began when the FTC filed a lawsuit against the company for fraud and misrepresentation this September.

At the time, Butterfly Labs was closed pending trial, although it has resumed limited business operations under court receivership. The designation means that a court-appointed receiver has been in control of the business, and that this individual will now be able to “manage and administer” the company’s finances.

In the latest move to bring Bitcoin payments to the masses, BitPay is launching a new point-of-sale app, Bitcoin Checkout, for in-store payments. With the launch of the mobile checkout app at Money20/20 in Las Vegas, a Bitcoin payment solution is now available in 40 languages and includes multi-employee checkout, tipping, and tip reporting. The checkout app is available for Android devices currently and will soon roll out to iOS, according to a statement from BitPay.

BitPay is most excited by the one tap payment feature enabled by NFC, which allows shoppers to use their mobile phones to receive Bitcoin payment instructions. The company said it’s easier to use than scanning a QR code, and since both NFC and QR support Bitcoin payment protocols, the Bitcoin walet can verify the request before sending a payment.

Authorities shut down Silk Road 2.0 and other websites

The dark web is once again in turmoil. The FBI has seized and shut down the website Silk Road 2.0, which was currently one of the biggest online illegal marketplaces serving thousands of cryptocurrency-friendly customers via the Darknet, and also arrested its alleged operator in San Francisco.

The Bureau suspects Blake Benthall was the man behind the second version of Silk Road, created after the original one was also busted by the North American authorities during 2013. At the time the FBI promised to watch the evolution of Silk Road 2.0 and act accordingly and the promise was apparently kept.

A Bitcoin ATM has been installed at Google’s Campus London, the tech giant’s seven-storey hub for tech entrepreneurs in the UK capital. It is the latest show of interest in Bitcoin from Google and comes just a few months after the company partnered with digital wallet provider Coinbase to create a cryptocurrency price tracker.

The installation of the Bitcoin ATM will make Google’s London Campus the sixth location in London to offer the purchase of Bitcoins with cash or credit card. It will be located in the campus’ basement café and will enable patrons to use Bitcoin to pay for food and drinks. 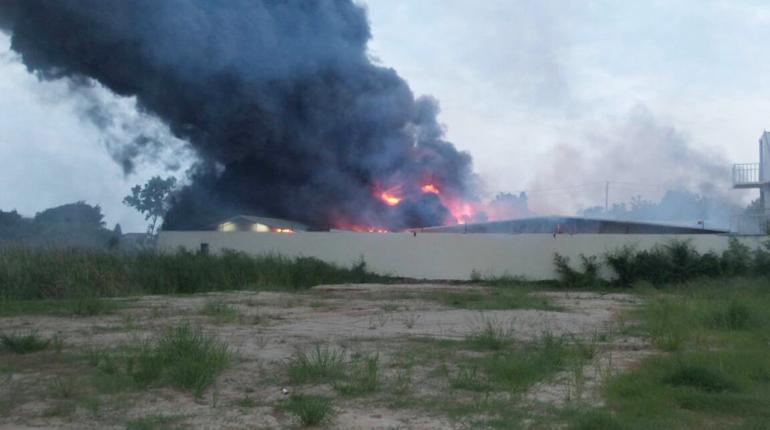 A huge cryptocurrency mining operation located near Bangkok, in Thailand, was hit by a massive fire that destroyed three buildings and hardware probably worth millions of dollars.

The accident happened about three weeks ago, in mid-October, but it was only now made public after a photo of the destroyed warehouse ended up on the forum BitcoinTalk. The picture identified the mining operation as property of the group Cowboyminers, a team of European crypto-supporters currently based in Bangkok, and also alerts the community to the dangers of massive mining without the proper equipment or safety plan.

The best way to get the Bitcoin community to rally to your cause is to speak to them in the language they know best: by offering up cold, hard (figuratively speaking) Bitcoins. So when Bitcoin service Bitalo found itself the victim of a DDoS attack, it sought help with an offer that would draw in any cryptocurrency fan: It put a 100 BTC bounty on the hacker’s head.

Bitalo CEO Martin Albert told Motherboard the attack started last weekend, and lasted two days. The attacker, known only as DD4BC, sent an email to say the Bitalo site was vulnerable to DDoS and that he’d started an attack, but that the company could stop it by paying him Bitcoin.

Unable to ignore the Ebola crisis in neighbouring Sierra Leone, Ghana-based remittances service Beam has launched a donations hub to raise funds for charities fighting the outbreak. Launched on Monday, Bitcoin Against Ebola is a non-profit initiative that aims to reduce the percentage of charitable donations lost to fees in fiat currency money transfers.

The website will effectively act as a conduit for people in other parts of the world to send donations via bitcoin to two registered NGOs working in Sierra Leone: Sierra Leone Liberty Groupand LunchBoxGift. It is also possible to remit money to family or friends affected by the crisis. 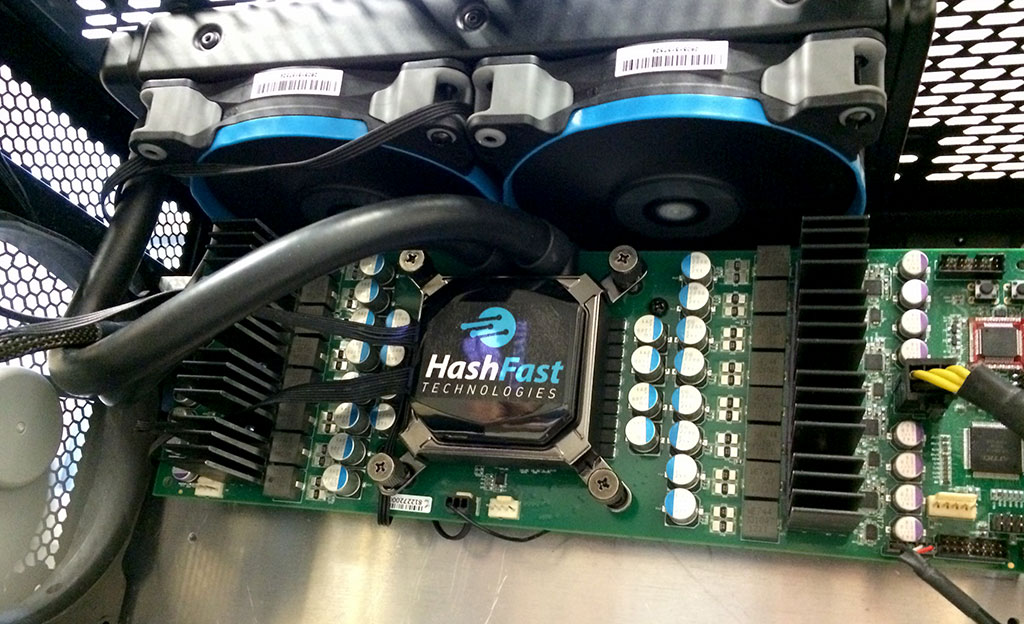 The news is not exactly surprising, but this week a federal judge turned the possibility into reality. US bankruptcy judge Dennis Montali approved the auction of nearly all the assets still belonging to Hashfast, the Bitcoin mining equipment producer that owes more than $40 million to creditors based in the United States, Europe, Australia and New Zealand, India and Canada.

HashFast is now allowed to sell thousands of chips, mining boards and other equipment still in the company’s possession in order to repay the money owed. Also, the bidders will be able to buy “claims and causes of action against Simon Barber, co-founder and Chief Technology Officer of the Debtors, including preference, fraudulent transfer, and breach of fiduciary duty claims”.

A team of Japanese researchers has published a paper with a set of proposals it says would improve Bitcoin, effectively creating a hypothetical low-volatility digital currency called ‘improved Bitcoin’ (IBC). The paper, authored by four scholars from various Japanese universities, was published by the Institute of Economic Research at Tokyo’s Hitotsubashi University.

The work explores the problem of Bitcoin’s instability from an economic viewpoint, suggesting a new monetary policy rule – effectively, monetary policy without a central bank – for stabilizing the values of Bitcoin or other cryptocurrencies.

The Eléutera Foundation was formed in Honduras in 2013 and promotes the ideas of classical liberalism, or “social and economic liberty” as the Foundation explains. They announced Tuesday that they’ve partnered with the software developer Mimetic Markets to increase Bitcoin accessibility to residents of Honduras.

Mimetic Markets’ signature product is its application programming interface (API) for trading in cash and futures contracts. The interface also supports prediction markets. The software comes as a plug’n’play solution, which Eléutera saw as a suitable solution for those in Honduras who want to start trading without the hurdle of having to build trading software themselves.

1 comments on “Weekly Round Up: FBI shuts down Silk Road 2.0, HashFast allowed to auction assets and more”