Skip to content
You are at: Home » News » Opinion » Bitcoin industry experts need to ramp up educational efforts now

There are plenty of people in this world who want and need to be properly educated on Bitcoin and the concept of virtual currency. Whenever someone tries to explain these things, technical terms are often used, but this is not the right approach to drawing people in.

Drawing comparisons between Bitcoin and real-life situations, on the other hand, is a far superior method to strike up an intelligent conversation about virtual currency. Yet for some reason, nearly all of the educational efforts in this space are focused on the US market, rather than in areas where Bitcoin could make a huge impact. 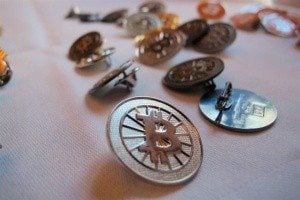 The main example of educational efforts in the Bitcoin space come in the form of virtual currency conferences. While there are several conferences every year, over half of them are held on US soil.

Granted, some of them are in Asia and there are a few taking place in Europe, but what about areas such as South America and Africa? Bitcoin could have a major impact on the everyday lives of citizens in these key areas, which have the potential to become the world’s next Bitcoin hubs, pushing the global adoption of virtual currency payments to new heights.

There is another major downside to Bitcoin conferences, unfortunately. Even though these events are fun, filled with lots of information and provide a great way to network with like-minded people, they are also ridiculously expensive. It is no secret that organizing a Bitcoin conference is not an easy task, as there are logistic and locational worries, as well as huge costs to fly in speakers from all over the world. At the same time, it seems unfair to expect a novice user to pay $600 or more for a ticket to a two-day Bitcoin conference.

Most of the people who have a genuine interest in Bitcoin are not part of the “elite”, and can not afford such a high ticket price. On top of that, these people have to travel quite the distance to attend an event. Additional hotel costs plus local expenses make the entire experience incredibly expensive without any guarantee of getting something valuable in return.

While I enjoy attending Bitcoin conferences just as much as the next person, there is very little effort taking place in terms of educating novice users on virtual currency. Most of the talks and panels revolve around topics that require some form of previous Bitcoin knowledge, or at least coming from a tech-savvy background. Furthermore, most Bitcoin conferences keep hammering on the fact that Bitcoin is the new form of money everyone should be using from now on.

While I can see the benefits of such statements as a Bitcoin holder, there is much more to this virtual currency than just the monetary aspect. The underlying ideology is often forgotten when it comes to these types of events, as there will be presentations and panels on either the financial aspect or the technological aspect. It would be beneficial for attendees to see more focus on the “why” aspect of Bitcoin and virtual currencies, and not necessarily the “how” and “what if” aspects.

Back when Bitcoin was relatively unknown, the only way to find out more information was by looking up the information yourself. There were no Bitcoin conferences, no online presentations and not even Bitcoin news sites. Uncovering a new shred of information was an achievement in its own right, and it felt good to be part of the Bitcoin community. But it looks like most community members, including Bitcoin industry experts, have grown complacent in recent years and are thoroughly enjoying the knowledge they wield without making any attempt to share it with other community members.

As a result of this laissez-faire attitude, Bitcoin has gone through some rough times in terms of public relations. Especially where most mainstream media outlets are concerned, any article that can put Bitcoin in a negative spotlight will draw in a lot of readers, even if the article is factually incorrect or incomplete. Most of the mainstream media journalist who write about Bitcoin have, despite their technology background, no proper understanding of what virtual currency is all about. 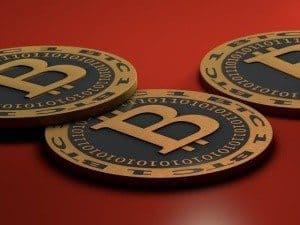 Bitcoin is not just money, nor is it just a technology. Bitcoin is an ideology that wants to give every individual the power to live his or her life the way he or she wants it.

The only way this problem can be solved is by coming up with creative educational solutions, both for journalists and everyday consumers. Overcoming this hurdle will require a lot of input and efforts from the entire Bitcoin community, but once we all unite, we can make the Bitcoin ecosystem grow exponentially over time.

Back in the early days, interest in Bitcoin exploded due to the price volatility and arbitrage opportunities. Now that Bitcoin has been around for six years or more, it is time to take virtual currency to the next level and show the world what the ideology and technology are capable of. Even though there is a financial gain to be made for everyone on the planet, there is no point in discussing this aspect without people properly understanding why there is a need for Bitcoin and other virtual currencies.

There is an argument to be made that virtual currency adopters do not need to comprehend fully the underlying technology of the tools they use, which is something I wholeheartedly agree with. However, convincing someone to use a new form of money or technology without understanding the reasoning for doing so is nearly impossible. Not everyone will be interested in the exact specifics from day one, and that is only normal. It took most experienced Bitcoin users months, if not years, to get a grasp of how the entire Bitcoin ecosystem works. But that desire to learn only appeared once someone managed to convince these users on why Bitcoin and virtual currency have so much potential.