Skip to content
You are at: Home » Coinbrief » Bitcoin » Bitcoin Foundation Board Election: Jim Harper, Olivier Janssens, or Does It Even Matter?

The Bitcoin Foundation is currently holding runoff elections for two of it’s board seats.  One of these two seats is currently held by Gavin Andresen, but his term is expiring, and the other was held by Jon Matonis, until his resignation in October of 2014.  The primary election actually happened between February 13th and February 19th, but none of the candidates obtained the 50%+ approval rating required to claim a seat.  The top 4 nominees were Olivier Janssens, Jim Harper, Bruce Fenton, and Michael Perklin, receiving approval ratings of 46.7%, 41.2%, 30.9%, and 30%, respectively.

The goal of the Bitcoin Foundation, according to their bylaws, is to,”promote and protect both the decentralized, distributed and private nature of the Bitcoin distributed-digital currency and transaction system as well as individual choice, participation and financial privacy when using such systems.”  While that is a noble goal, and the foundation was founded for a good purpose, it’s effectiveness in achieving it’s stated goal has been rather lackluster.  In fact, at times, the foundation, or members of it’s board, seem to have moved in the opposite direction. 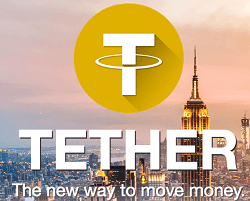 Brock Pierce, one of the current board members, created “Realcoin” which has now changed it’s name to “Tether“.  Realcoin/Tether is a digital currency tied to fiat currency, removing the “decentralized” attribute.  This makes absolutely no sense, as Bitcoin’s decentralization is an integral part of it’s purpose, and it seems strange that a board member of the BITCOIN Foundation is working on an altcoin.  His focus should be squarely on Bitcoin itself…not on finding a way to tie digital currency to a centralized, fiat currency.

Beyond that, the Bitcoin Foundation has been involved in lobbying on “behalf” of Bitcoin, but without really doing much to impact the way regulatory structures, such as New York’s Bitlicense, are developed.  The very act of engaging in this kind of activity seems to go against their own bylaws.

Rather than trying to shape regulation, which is an area that the organization has little authority, they should have been focused on the more important aspect of developing the Bitcoin core protocol.  That said, since the blowback related to the previous mentioned actions, it does seem that the organization has backed off a bit on these issues, and may be focusing more on the development of Bitcoin (with the exception of Mr. Pierce, who is still supporting Tether).

So what is the Board’s role?  It is hard to say at this point, but I would assume that they should be making decisions on what aspects of the Bitcoin protocol should be worked on.  Of course, anyone can technically work on Bitcoin’s protocol, and any changes must be “approved” by consensus of the network. Thus, beyond giving Gavin Andresen, and a handful of other developers that actively work on developing Bitcoin, a bit of direction, there really seems to be very little that the Bitcoin Foundation’s board should do.

Of course, it is great that they pay Gavin to develop Bitcoin.  In my opinion, all of the time and resources that the Foundation has should be focused toward finding more competent developers to assist him, as that would have a much larger impact than anything they are likely to accomplish.

Voting in the Bitcoin Foundation Election

The Bitcoin subreddit has over 150,000 subscribers.  The Bitcoin community as a whole is many times larger than that, and consists of individuals from every imaginable walk of life.

So, who is eligible to vote in the election for Bitcoin Foundation Board Seats?  Well, the Bitcoin Foundation has around 1500 members, and of those members, only ones who have “activated” their membership are eligible to vote.  The activation requirement was a new procedure that many members did not even know was required, which resulted in only 323 individuals voting in the election.  Registration, or “activation”, was re-enabled after the initial vote, and ended today, so that number should be higher for the runoff election…but, even if every member of the Bitcoin Foundation activated their membership, and votes in the runoff, that is still only a fraction of 1% of the entire community.

One founding member, who has now left the Foundation, is Mark Karpeles.  As most of you know, he was the owner of Mt. Gox, and lost, or stole, over half a million bitcoins. 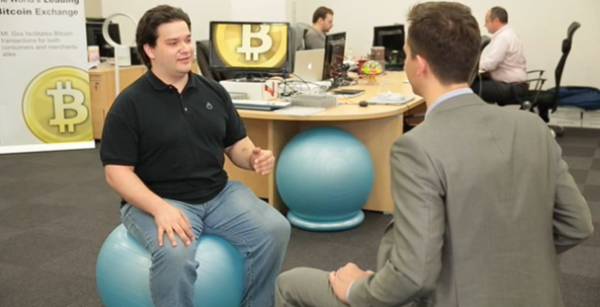 Also, there is Charlie Shrem, previously the CEO of BitInstant, who recently plead guilty to “aiding and abetting unlicensed money transmission”.  He was sentenced to two years in prison.

Of course, Mr. Shrem’s crime does not seem to fit his punishment.  He did not harm, nor steal from, anyone.  He simply was selling bitcoins to an individual that used them on the Silk Road.  Alas, a plea bargain was probably the right choice.  Had he refused, he may have been convicted of “crimes” with much harsher sentences.

On the other hand, Gavin Andresen and Satoshi, the creator of the blockchain, himself were two of the other founding members, and they are the two people that have contributed the most to creating Bitcoin as we know it today.  The initial vision of the Bitcoin Foundation may have been a positive one, with support from the community, but something was lost over the past few years.

The Bitcoin Foundations’s Fatal Flaw is the Board Itself

Bitcoin was created to be a decentralized, distributed solution to a broken, centralized financial system.  Bitcoin has the potential to transcend finance, and create decentralized networks and systems to handle a wide range of industries and needs…even if that is accomplished via side chains or offshoots from Bitcoin’s core network.

While that may sound somewhat redundant, due to the need for consensus between Bitcoin miners within the network itself, it is not hard to image how much better a decentralized Bitcoin Foundation would be.  An all-inclusive organization, with membership only requiring one to want to be a member, with decentralized voting on minor issues, and any “spending” being decided by whoever is willing to donate the funds to accomplish whatever goals are set.  In fact, the recent launch of Lighthouse provides one of the puzzle pieces needed to construct such a system.  I would not be at all surprised if some developer, or group of developers, decided to take on this project, or something similar, eventually.

Until then, the Bitcoin Foundation is still here, but is only a shadow of what many expected it to become.  This election really does not seem to matter, and unless the group is working on some unknown, big project, the Foundation itself seems largely irrelevant.