Skip to content
You are at: Home » News » Community » Bitcoin could face extinction from its own “war”

Bitcoin, the virtual currency technology that consists of a community enticing investments worth hundreds of millions of dollars, is striving despite an ever present war.

This conflict may seem like a minor thing from the outside. Non-Bitcoiners will see it as a bunch of people arguing over a simple matter of numbers. But, actually, this “insignificant” disagreeing could have significant economic consequences and even put the very existence of the virtual currency at risk. 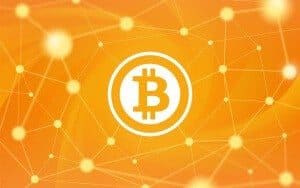 The dispute surrounding Bitcoin’s system is dividing the Chinese communities and the Western developers, creating distinction between the crypto business community and the early adopters, while raising differences of opinion among programmers.

In order to end the dispute, all major parties have to come to an understanding. Otherwise, the entire Bitcoin network could fall apart, ruining the chances of decentralization and security.

Small business owners and startup services have adopted Bitcoin as a simple decentralized virtual currency free from any government regulation. Or, at least, free from the reach of the banks and agencies, like something similar to digital gold. But in an attempt to invent the ideal structure for a virtual currency, Bitcoin’s early developers also designed a technology with vast range of applications.

Some of us are already familiar with the blockchain and how it works. Bitcoin’s core technology keeps record of all BTC-related information in a safe and secure decentralized ledger and makes the information available to the public. Since the process is not regulated by any central authority, the information remains unchanged. The possibilities generated by this technology in the modern era of virtual technology are endless and different ventures have already started exploring the multiple applications that the blockchain might have.

The Bitcoin network is simply composed of blocks of data generated from digital information, thus forming a chain. But this is exactly where the dispute starts: when Bitcoiners debate the maximum size of a block. The current limit for the maximum block size is one megabyte. Such a low block size limit means only seven transactions are allowed per second, which is very low for most of the businesses who have integrated Bitcoin’s technology so far. 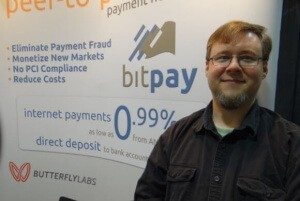 Jeff Garzik, one of the members of Bitcoin’s core developer team, recently wrote a paper saying this pace represents a blockade to Bitcoin’s growth. He wrote: “any responsible business projecting capacity usage into the future sees the system reaching an absolute maximum capacity, with this speed limit in place. Increasing or removing this limit will encourage businesses to view Bitcoin as scalable and capable of supporting millions of new users.”

The limitation of the block size may also have a negative impact on Bitcoin’s fundamental currency application. The user experience may degrade if the transaction request amount exceeds the limit. Mining pools, which inscribe the data in the network, will start charging ever-higher processing fees. And, as a result, Bitcoin will lose some of the appeal as a payment method compared to other options.

But the block size limit also has its advantages. It constrains available space, thus providing safety for the network. So, if anyone tries to wickedly overflow the system with spam, he/she or it has to spend a hefty amount of time and effort in the process.

One possible solution may be not to increase the block size limit by too much. That will reduce the amount of work the miners need to do on each block. It will benefit both parties with a low transaction fee and a swift transaction time. Some early adopters of Bitcoin, who don’t care about transaction fee or current investment opportunities and hold their cryptocurrency as a long-term investment, also support a low block size limit. 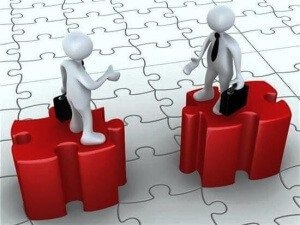 Gavin Andresen (one of the most significant developers of Bitcoin’s technology) has also introduced his own proposal. According to the document, Andresen proposed a block size limit of 20 megabytes. That raised a new debate among the experts.

A powerful community of Chinese miners opposed this increase of the block size limit because their country’s internet connection would not allow them to make the most of the increased block size. So they made a counter proposal with a block size limit of eight megabytes. The proposal has been supported by Andresen since.

In response, a sliding cap was proposed by Garzik that would bring a modification of the Bitcoin code. That way, block size limit could be changed (increase or decrease) periodically, according to the votes submitted by global miners.

The Bitcoin community has different opinions on the debate with some supporting the eight megabytes’ block size increase and some waiting for advanced technologies that might allow them to avoid the dispute. As Bitcoin is a completely decentralized system, there’s no clear-cut approach to evaluate these different ideas and concerns, making it impossible to reach to a conclusive decision.

Significance of the situation

Since Bitcoin started its journey in January of 2009, this block size dispute is the first major modification to Bitcoin policy. Every time a new change takes place, the core software is modified and the players have to updated quickly. Anybody trying to avoid the current procedure gets kicked out from the system until they meet the terms.

But, in this case, there are two sets of protocol implicated by the developers that may lead to the split of the network. The break down can occur if one party decides to exorcise a global update without measuring the outcomes.

Consequence of the situation

Bitcoin’s current market cap is about $4 billion with millions of dollars in investments waiting in line every day. The blockchain is a completely secure and decentralized system, and the large user base along with a relatively lengthy history makes the blockchain technology superior when compared to any of its competitors. However, if the community falls apart over the block size limit debate, the entire network will be compromised.