Skip to content
You are at: Home » News » Opinion » Bitcoin as Currency vs Bitcoin as Technology

Bitcoin as a Currency 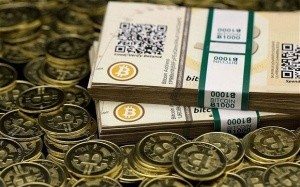 So far, Bitcoin has proven extremely efficient in a business sense in the following ways: There is the anonymity of cash, which enables individuals who don’t know each other to securely trade without the need for a financial service provider eg. MasterCard, Visa etc. Secondly, there is the element of trustworthiness without needing a financial institution, such as a bank, to vouch for you. Thirdly, Bitcoin has also shown a growing ability to handle an increasing amount of transactions in an efficient and convenient manner. The system is also growing at a steady pace and is able to accommodate that growth. Lastly, it is obviously ideal for people that want to keep the long fingers of government out of their pockets, because at this stage it is very difficult to regulate and tax funds generated by using Bitcoin, whereas other financial entities have juridical identities as well as physical locus. That means that Uncle Sam has its finger in their pies all the way to the government bank account.

However, Bitcoin has one major shortcoming: It is not a reliable store of value. Obviously, since government cannot tax or regulate this digital currency, no government accepts it as a legal tender. Also, since it is not yet legally definable as either tangible or intangible property, owners has no legal protection in the event that they get “robbed” or taken for a ride in this area. It does, however, have the scarcity factor behind it – kind of like art. At the moment there are only 13 million bitcoins in the world and this amount will not grow beyond 21 million outstanding. So, as long as people want to buy Bitcoin “art” it does have a certain store of value.

The million dollar question at this stage is whether the market for this peculiar art form can be a stable and long-term store of value. It is a known fact that the Bitcoin market can be extremely volatile, ranging from $5 to $1200 in only a three year period.

There is also the aspect of its liquidity. Bitcoin is currently only trading at about a quarter of its daily volume; thus only $2 million of its $3.2 million worth. There is not even the illusion of liquidity, since there is no means of regulating pre-arranged trades among large holders. Ownership is also highly concentrated since over 50% of bitcoins are held by only 20 individuals. Even though no evidence exists of these individuals being in cahoots with each other, this could point to what is called a “pump and dump” operation. Accordingly, some experts are of the opinion that Bitcoin is a bubble that can burst in our faces at any time. 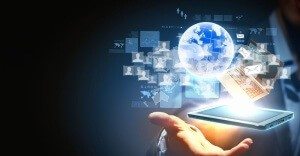 On the other side of this coin, or should we say bubble, are experts who say that since Bitcoin is based on blockchain, which is a key innovation of our time, this bubble may just have a chance of staying afloat. Let’s look for a moment at financial service providers that rely on digital record keeping which are centralized and private. This makes your typical account holder an easy target for hackers. Blockchain on the other hand is a public ledger, which means that it protects its account holders’ identities by using cryptography. It’s also open for inspection by any individual who happens to have a computer. It’s also protected by a big number of independent bookkeepers or “miners” who compete with one another for efficiency. The result of this super bookkeeping is a record of each and every person who has ever owned a bitcoin since this digital currency’s creation. Further, because blockchain “lives” in the cloud it is protected from the government’s attempt to control it.

Fee-wise, blockchain transactions are a lot lower than credit card companies and banks when it comes to international transfers. Blockchain also has the potential to record and transfer ownership of any tangible and intangible property. Therefore it is able to provide an environment for safe lending transactions between individuals who have never met.

Bitcoin has inspired entrepreneurial ventures across the globe, specifically in the traditional banking and financial market spheres. Blockchain possesses the potential to not only be an efficient way of payment, but, as discussed above; it combines computation, network design, cryptography and AI. Although Bitcoin’s future is not set in stone as a currency, the combination of these elements can become some of the most disruptive technology we have ever seen.