Skip to content
You are at: Home » News » Opinion » Why Generation Z will definitely embrace Bitcoin

Can you picture a world without physical money? A world where we don’t have to carry bills and coins in our pockets and wallets? Generation Z can. 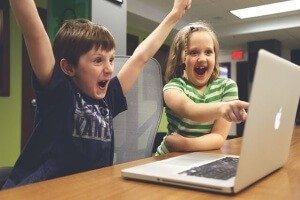 A world where money is exclusively made of numbers in a digital record is only natural for today’s kids. A new survey shows that over a quarter of parents are giving digital currency to their children, which they then spend in games like Minecraft and Moshi Monsters or buying music on iTunes.

Separately, one third of the 2,000 UK parents that replied to the survey opt to transfer a weekly amount into their children’s digital bank accounts.

And if money is going into the kids’ accounts, it’s not going anywhere else, according to the report commissioned by fintech firm Intelligent Environments. Almost four in 10 parents said that don’t give their children any pocket money nowadays.

Long gone are the days when allowances were mainly made up of cash and bullies could steal the nerds’ lunch money. Digital is all the rage among Generation Z these days and that is why they will easily embrace cryptocurrency.

“Nothing has changed more than the way in which we manage our money; our research shows that in a world of apps, e-books, digital music, and online games, more children than ever are asking for their weekly allowance digitally to fuel modern-day spending such as in-app purchases, in-game currency and digital music downloads.”

Don’t get me wrong. Generation X and millenials are doing a good job spreading the word and developing Bitcoin and other altcoins. We’ve witnessed a true financial revolution over the last five years and most of us believe this is the way to go, towards a world where physical money is unecessary.

Physical money is primitive. We have been exchanging tokens of value since ancient times. It doesn’t make sense that, 15 years into the 21st century, we still walk around with a pocket full of little pieces of metal. We built a complex device that travelled to Pluto and sent us a picture of a planet that lies 7.5 billion kilometers from Earth, but we still depend on pieces of paper with printed value?

This is how I think and, yet, I carry cash because I need to. Still, here lies the difference between me – a millenial with an online job and proud owner of a Bitcoin wallet (even if it is pretty much empty…) – and one of my friends.

She is an 83-year-old with an amazing life story, part of the Silent Generation. We were recently talking about my job as a writer and I was trying to find a way to explain cryptocurrency to someone born in the 1930s. And that’s when she asks “Do you mean Bitcoin?”. I was flabbergasted (let’s make use of the Thesaurus). 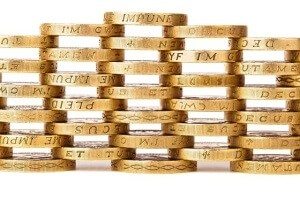 That led to an interesting conversation about fiat currency versus digital money and to some disappoiment when I found out my friend doesn’t trust anything that isn’t “real money.” And here I thought I had found my first Bitcoin-friendly elderly. But the thing is that, just like today’s kids are not that familiar with physical money, she has never been comfortable with digital currency and plastic cards. Everything is paid in cash.

We are different, but we are not that different. There are roughly 35 years of financial evolution and banking system development between us, but we both use physical money. She uses cash because she wants to, I use it because and when I need to.

However, times have deeply changed and technology evolved more over the last decade than in the past 50 years. There are now almost 20 years between today’s kids and me. And they are embracing digital currency and the fintech space without even noticing, it’s natural. It’s part of their lives. It might be a revolution for millenials like me, who still bought games at the store using saved pocket money, but not for this new generation.

We are slowly, but steadily, moving towards a cashless world. Physical money will be a thing of the past in a few decades, nothing more than a collector’s item. North European countries are already making changes – Denmark allowed stores to stop accepting cash earlier this year – and more nations are getting ready to follow the lead. And with banks trying to integrate the blockchain (or creating ‘hybrid systems’ inspired by Bitcoin’s core technology), it is obvious that Generation Z will become more and more cryptocurrency-friendly.

“These days, what’s left of ‘money’ is often just an account record we read on a computer screen, and soon it could just be a line of code in a Bitcoin ledger.”

‘Going mainstream’ will take a while, we all agree on that, but it will happen. To the moon!