One of the more interesting devices manufactured by Bitmain (the leading Bitcoin mining hardware supplier today) is the Antrouter R1. The product has 2 main functions:

The device can also be used as a high speed USB charger –  Using a USB cable, connect your mobile device to the R1 to charge it. Android phones, iPhones, and tablets are supported. 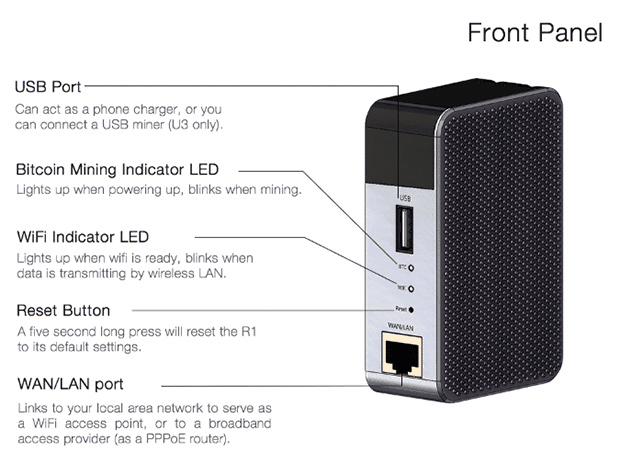 But before you fork over $39 to Bitmain (shipping not included) and start mining Bitcoins, it’s important to understand just how slim your chances are to actually mine Bitcoins with the Antrouter. Let’s start out with the technical specs:

Moreover, when you’re mining with the Antrouter you’re doing what’s called “Solo Mining” – it means that  you’re not joining a pool of miner and getting rewarded for your share of the work. If that was the case you would make around 10 cents each month since you’re not contributing that much (calculated via our Bitcoin mining calc).

Instead, you are trying to mine on your own, attempting to solve an ultra complex math problem with a very weak computer. There’s a slim chance that you will manage to do this and get rewarded 12.5 Bitcoins, but it’s even smaller than the chance of winning the lottery.

Having said all that, I still believe the concept is appealing. I mean, it doesn’t cost much to buy this device, it still has its own primary function as a router, and just imagine what a story you’ll have if you actually do manage to mine Bitcoins with it by sheer luck.

Setting up the Antrouter R1 takes a bit of configuration the first time around. However this guide is pretty thourough and will get you through it easily. The Antrouter R1 isn’t a new product, it was first introduced to the market at the end of 2015 (see the original Bitcointalk thread here). While browsing through user reviews I found that the two main complaints users had are:

The verdict – is the Antrouter R1 worth your money?

If you’re looking to get your money’s worth stay away from this device. It will just cost more than a simple network router and chances are it will never bring in any profit. However, if you’re feeling lucky and want to buy a cheap lifetime lottery ticket to the Bitcoin mining raffle this seems like a good deal. Personally I think the idea is pretty cool, even if it doesn’t end up mining any coins… 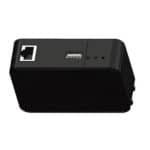 Check out the Antminer R1