Skip to content
You are at: Home » Reviews & Comparisons » Exchanges » Virwox Review: Is it Legit or a Scam?

Since Virwox is currently one of the main ways people buy Bitcoin with Paypal it attracts a lot of attention. Many people consider Virwox to be a scam while others say it’s legit. In this post I would like to share my own opinion of the site after buying and selling through them for almost 4 years.

An short overview of Virwox

Virwox is a virtual currency exchange set up on late 2007 for the purpose of trading Second Life Lindens (SLL) and other virtual currencies used in online gaming.

Currencies traded other than Linden Dollars include Avination’s C$, and the Open Metaverse Currency (OMC). In April 2011, VirWoX started accepting Bitcoin and basically opened a loophole for people to buy Bitcoins with Paypal by first purchasing SLL via Paypal and then converting that SLL to Bitcoins. As of writing this post the site has over 740K registered users.

My personal experience with Virwox

I have personally bought and sold Bitcoins through Virwox in order to convert them to my Paypal account several times. At least once a month I conduct a transaction through the site for several years now. From this experience I’ve reached several conclusions:

Just to prove how long I’ve been working with the site here’s part of my 226 transactions I’ve conduct up until writing this post: 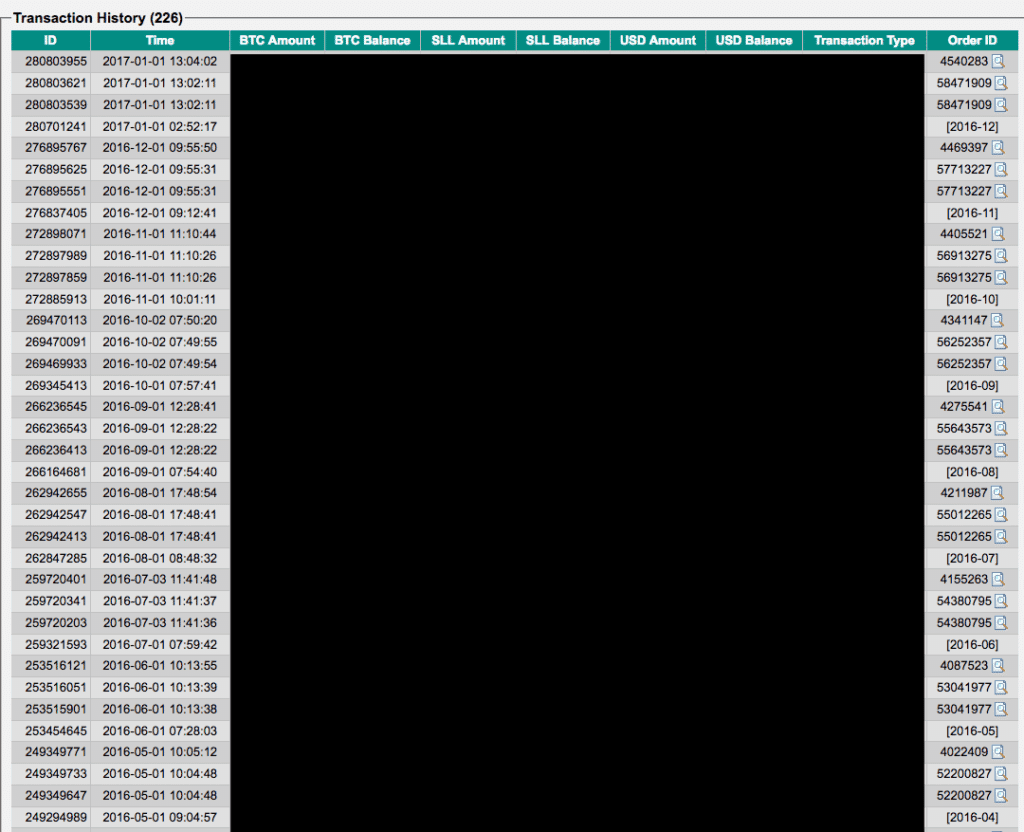 So you can tell I have some reference. However since I run a Bitcoin blog I do know a lot of people have issues with the site so I do want to cover that aspect as well.

First of all I’ll admit – you don’t find many (or any) positive reviews about Virwox online. However the negative reviews usually are on of two options:

I’ll address the high fees shortly. Regarding the account ban – from what I’ve read and heard through my blog readers, people who got their account banned always got their money refunded. Sometimes it can take a few days for the money to come back but I’ve never heard of someone who got his money “stolen” by the exchange.

Why does Virwox ban so many accounts? I have no idea. I can only assume that since they have a high risk of fraud by selling Bitcoins via Paypal they are more cautious than other exchanges. However this does not make them a scam.

Virwox fees and a fee calculator

Yes, Virwox takes high fees for converting Bitcoin to Paypal and vice versa. Why? Well, due to several reasons:

In order to make it easier for you to understand just how much you’re going to pay in fees I’ve created a Virwox fee calculator.This calculator is only good for Buying Bitcoins with Paypal and not for selling it or using other methods. Just enter the amount of Bitcoins you want to buy or USD you want to spend and you’ll get the matching result. This calculator takes into account ALL of the fees including: Deposit fee, converting USD to SLL, converting SLL to BTC and withdrawal fee (the full fees are detailed here).

Keep in mind that this calculator was built and updated on January 10th 2017 so it’s relevant for the fees listed at that time and they may change. As you see the fees can get pretty high and can reach over 15%.

Yes, Virwox is legit in my opinion. It may not be the best site to conduct business on due to high fees, long transaction times and their laggy support but if it’s your only option it will do. If anyone reading this has had a different experience than what I’ve just covered I’d love to hear it in the comment section below.

4 comments on “Virwox Review: Is it Legit or a Scam?”