Skip to content
You are at: Home » News » Legal » New York hearings on Bitcoin kick-off this Tuesday shadowed by Shrem’s arrest

New York is getting ready to properly regulate Bitcoin. The state is holding two hearings this week in order to write rules for entrepreneurs and businesses. However, the first meeting started with a shadow upon it, after the arrest of one of New York’s finest, BitInstant’s CEO Charlie Shrem.

A possible Bitcoin-friendly outcome might boost a “huge increase in companies” operating in the cryptocurrency field, Adam Ettinger, an attorney from San Francisco, recently told Bloomberg. 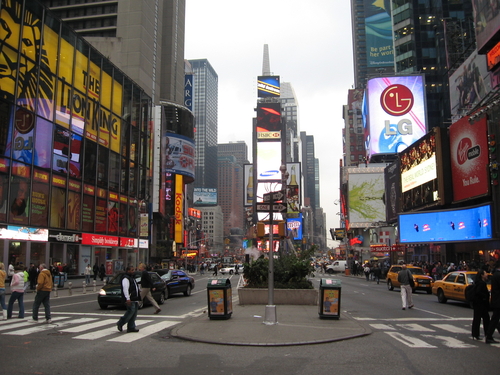 “That will mean the brightest minds working on some of the most innovative payment technology we’ve seen in a while”, he added. Ettinger speaks knowingly on the matter, as the state of California is also preparing to develop a framework that can regulate Bitcoin and other digital currencies.

These two states could be the next ones to formally declare rules for Bitcoin, after Washington did it last week when it published new information online, classifying cryptocurrency as “money”. A bold move in a country that is still yet to announce its official and uniform stance on virtual cash.

However, Stephanie Newberg, president of the Money Transmitter Regulators Association, claims that such a decision is “a state-by-state question”. She thinks “some states have statutes that are broad enough to do it immediately, other states don’t”, so New York and the others are on the right path.

Today’s hearing in NYC was focused on the future of digital currencies from the perspective of the investor and also on regulation. The first meeting started at 11:30 and was attended by well-known personalities like Barry Silbert, founder and CEO of SecondMarket and founder of the Bitcoin Investment Trust, or Jeremy Liew, from Lightspeed Venture Partners.

Still, the most awaited guests were the Winklevoss twins, both due to their Bitcoin ETF project, which is still waiting to see the light of day, and to Charlie Shrem’s recent arrest. Cameron and Tyler, who are two of the main investors in Shrem’s exchange BitInstant, issued a statement regarding the case.

“When we invested in BitInstant in the fall of 2012, its management made a commitment to us that they would abide by all applicable laws – including money laundering laws – and we expected nothing less”, the twins said, making a reference to the charges of money laundering and involvement with the Silk Road illegal marketplace against Shrem.

The Winklevii added that “although BitInstant is not named in today’s indictment of Charlie Shrem, we are obviously deeply concerned about his arrest“.

“We were passive investors in BitInstant and will do everything we can to help law enforcement officials. We fully support any and all governmental efforts to ensure that money laundering requirements are enforced, and look forward to clearer regulation being implemented on the purchase and sale of Bitcoins“, the statement concluded.

After this first day of debate, there will be another hearing this Wednesday (29). The second meeting will be focused on law enforcement, e-commerce and the academic view on Bitcoin.