Skip to content
You are at: Home » News » Exchanges » Lawsuit filed against BitInstant for breach of contract and unjust enrichment

A class action lawsuit was recently filed against the company BitInstant, which has been shut down while it’s updating its services and website. The document, which you can read here, was filed on August 8, but only made public now and published on the bitcointalk.org forum.

The lawsuit was filed by Leandro Iacono, from Florida, Deborah Collins and Ulysses McGhee, both from Pennsylvania, at the District Court of the Southern District of New York. 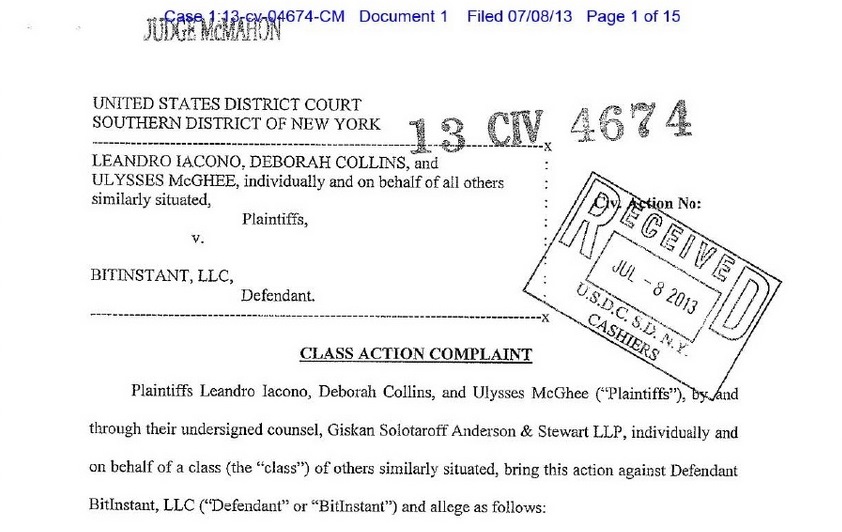 Iacono, Collins and McGhee are claiming that the company’s representations are “disingenous” when it comes to its Bitcoin processing services and the time it takes to operate the transactions, as well as the promises to refund its fees to customers who “experience undue delays in the processing of their transactions”.

As a form of compensation, the plaintiffs want to recover all fees collected and all profits made by the delays. They are also asking for a statutory compensation for all the damages caused. The document explains that the three complainants lost money due to BitInstant’s delays: Leandro Iacono, for instance, claims to have lost $120 due to the platform’s slow operations.