Skip to content
You are at: Home » Getting Started with Bitcoin

Ready to start using Bitcoin? Let’s go over the necessary steps under the assumption that you have a basic understanding of what Bitcoin is and how it works.

The first step is getting a Bitcoin wallet so you can receive and send bitcoins.

What the Hell is a Bitcoin Wallet and Why Do I Want One?

If you don’t know what a wallet is yet, see the answer on the Common Questions page.

There 3 main types of Bitcoin wallets available, each with their own advantages and disadvantages:

The key to choosing the right wallet is determining how you plan to use Bitcoin.

You are not limited to a single type of wallet; you are free to have as many wallets as you want. A practical approach that balances convenience and security is to have 2 separate wallets, similar to a checking account and a savings account. The checking account functions as an online “hot” wallet for spending and receiving, and would typically be either a software wallet or hosted wallet. The savings account wallet would be kept offline as a “cold” wallet and used for mostly receiving (but sometime spending) bitcoins.

Important: keep in mind if your wallet is ever lost or stolen, your bitcoins are gone forever. So keep your wallet secret and safe.

The following tables list the most popular Bitcoin wallet software that stores your funds directly on your computer or device.

What to Know about Software Wallets

Software wallets store your funds directly on your device in the form of a wallet file (usually named wallet.dat). It contains the private keys that allow you to prove ownership of your bitcoins, and spend them. If your wallet file is ever lost, corrupted, inaccessible to you, or obtained by a thief, your bitcoins will be gone forever.

If you’ve installed any of the software above, follow the recommended tips below to protect any bitcoins you currently have, or will receive in the future.

Below are Bitcoin wallets that are stored and managed online by reputable 3rd parties.

What to Know About Hosted Wallets

Hosted wallets handle securing, storing, and backing up your wallet on the internet. While this type of service offers a lot of convenience, there are still precautions you should take to help maximize security of your funds.

Physical Bitcoin wallets are generated on a computer and then stored on a physical medium (usually paper). They are one of the safest ways to store bitcoins since it’s usually easier for people to keep a physical item secure than it is to keep a computer secure.

What to Know About Physical and Paper Wallets

Congratulations! If you’ve made it this far, you should now have a Bitcoin wallet of your own, and it’s ready to hold some bitcoins.

To receive bitcoins from someone, they need to know your Bitcoin address. Depending on your wallet, you should now have at least 1 Bitcoin address. If you installed a software wallet, or are using a hosted wallet, your address should be shown on a “Receive” tab, or similarly named tab. Your address will be a series of numbers and letters. For example, below is an Electrum wallet’s “Receive” tab showing 5 auto-generated addresses:

Sending your address to other people can be done with a simple copy/paste into an email, instant message, or into the HTML on your website.

If you’re using a paper wallet or a software wallet for a mobile device, your address (a.k.a public key) will probably be shown as a QR-code, like this: 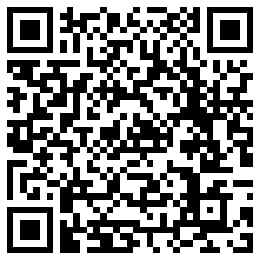 Your QR code can be scanned by a mobile phone using a Bitcoin app to get your address. For instance, Scanbook (Android + iOS) and Blockchain (Android) can both read QR codes on paper wallets, copy addresses to your device’s clipboard, and track their balances.

How Long a Transaction Takes

Bitcoin transactions normally take only a few seconds to be broadcast across the network. That means if you’re using a software wallet, and it’s running on your device or computer, you should be alerted immediately of an incoming transaction when it’s sent. But it’s not necessary for your software wallet to be up and running to receive the transaction. Even if your wallet software is closed, the incoming bitcoins will still be credited to your address, and they’ll show up the next time you start up your wallet.

On a software wallet, you can view your incoming and outgoing transactions on the “History” or “Transactions” tab interface. This will display information for every transaction of your wallet, such as amount, receiving address, date, running balance, and number of confirmations. For instance, below is a sample of Electrum’s “History” tab:

Note about privacy: to help keep your wallet balance private, it’s best to generate and use a new Bitcoin address for every incoming transaction. This makes it much harder for anyone to lookup your total Bitcoin balance.

Getting Your First Bitcoins

There are a few services that hand out small amounts of bitcoins for free. They usually come with a catch, and the amount of free bitcoin is tiny, so I don’t really recommend them. But if you really want to try, here’s a few of them:

See this site’s “How do I get Bitcoins?” pages for the best places to buy, earn, and trade bitcoins.

Sending bitcoins to someone else with your software or hosted wallet is a simple process. Besides your wallet and some amount of bitcoin, you’ll need two things:

Once you have the recipient’s address, go to the “Send” tab on your Bitcoin wallet interface. Enter in the address, the amount, and an optional label that will help you identify the transaction and the recipient. Below is an example of the Electrum client’s “Send” interface tab:

Important: double check the address and amount you’ve entered is correct before you hit the “Send” button. While your wallet software will prevent you from sending if you happened to typo the address (Bitcoin addresses have built in checksums to prevent sending to incorrect addresses), you still want to make sure you’re sending to the right address, and not to some other unintended address. Your wallet cannot protect you from that kind of mistake. Same thing goes for the amount — ensure you have entered the exact amount you want to spend. Bitcoin transactions cannot be undone, and can only be refunded if the recipient decides to send bitcoins back to you.

Sending from a Paper Wallet

Welcome to Bitcoin and Cryptocurrency

Hopefully this information has helped you get started as a new Bitcoin user. If you have additional questions, please see the Common Questions section or contact me.