Skip to content
You are at: Home » How To Send Bitcoins From A Paper Wallet

An example paper wallet from the interwebs.

Today we’re going to learn how to safely send the bitcoins that reside on your Bitcoin paper wallet. More accurately, we’re going to tell you what to do, and then you’ll know how to do it.

To spend the funds on your paper wallet, you’ll need:

Sending bitcoins from a paper wallet can be summed up in a couple of steps:

You don’t have to if you don’t want to. You can send a portion of them to whomever, and the leftover amount will be stored in your software wallet. Your paper wallet will be depleted of all funds, even if you only spend some of your bitcoins.

But, you can perform an additional step and send the leftover amount back to your paper wallet (though for security, you may want to generate a new paper wallet and send them to that one instead).

Or you can just put all the bitcoins from your paper wallet on to your software wallet without sending them to anyone. It’s your call.

Loading bitcoins to a paper wallet is easy — you just send them to the paper wallet’s address. But spending them can be risky if done incorrectly. Improperly importing/sweeping private keys or misunderstanding what you are doing can result in a partial or total loss of your bitcoins.

Make sure you understand:

How to Spend Your Paper Wallet’s Bitcoins

1. Get Your Paper Wallet Out 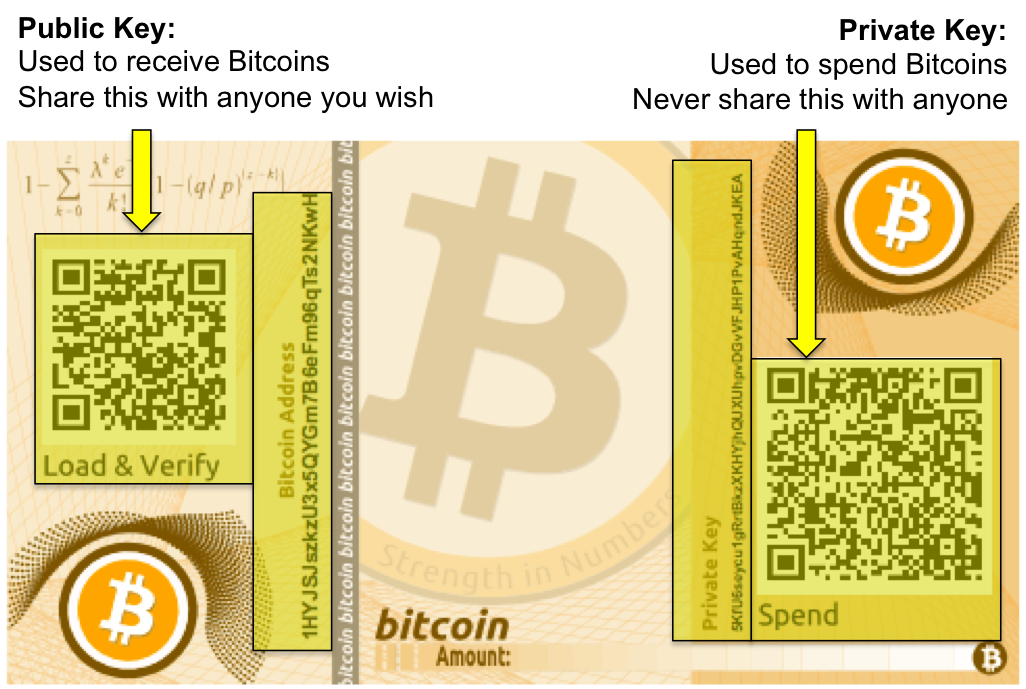 You have two options to get the bitcoins from your paper wallet to your software wallet; scan the QR code or manually type the sequence of letters and numbers by hand. The QR codes simply display the public and private key as separate images that can be read and translated by a camera or webcam. Of course, scanning a QR code is way easier than typing in a bunch letters and numbers.

Many Bitcoin wallet clients and services provide built in QR code scanning and display functionality. But if your wallet can’t scan a QR code, you can download a stand-alone QR code scanner app. These apps will automatically put the scanned address into the computer’s (or device’s) clipboard so that it can be pasted into your wallet app.

If you want to verify how many bitcoins are on your paper wallet first, scan/paste or type your paper wallet’s address (it’ll be labeled as “Bitcoin Address” or “Load & Verify”) into a blockchain explorer service like Blockchain.info, blockr.io, or blockexplorer.com. Be careful not to accidentally scan the private key! The current balance of your paper wallet will be displayed.

3. Load the Private Key into a Software Wallet Client Via an Import or Sweep