Skip to content
You are at: Home » News » Legal » IRS declares Bitcoin as property in the US while DED studies installation of 400 ATMs in Dubai

The Internal Revenue Service (IRS) of the United States has declared Bitcoin is now considered a form of property, at least according to the authority’s point of view revealed in a recent statement.

Although the IRS recognizes that “virtual currency may be used to pay for goods or services or held for investment”, the entity doesn’t see the digital coin as a form of currency.

This means the general tax principles applicable to property transactions also apply to transactions involving Bitcoin. Still, all transactions using virtual currency must be reported in US dollars.

“Virtual currency is a digital representation of value that functions as a medium of exchange, a unit of account, and/or a store of value. In some environments, it operates like ‘real’ currency – i.e., the coin and paper money of the United States or of any other country that is designated as legal tender, circulates, and is customarily used and accepted as a medium of exchange in the country of issuance – but it does not have legal tender status in any jurisdiction“, explains the document.

ATMs in Dubai: maybe, but not for now 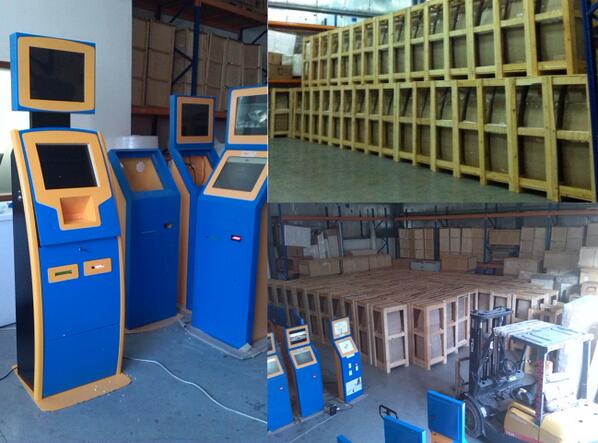 The news caused a lot of excitement, but the celebration was probably too premature.

Last week, a Twitter user named Sergey Yusupov used the social platform to announce the arrival of 400 Bitcoin ATMs in Dubai. The tweet even included a set of pictures that showed a warehouse full of machines.

However, according to the Emirates 24/7, the United Arab Emirates Department of Economic Development (DED) said in the meantime that Dubai has not authorized the installation of the ATMs yet.

Ahmed Ibrahim, director of the department’s Business Registration, said the “DED has not issued any licence relating to Bitcoins so far”.