Skip to content
You are at: Home » News » Scams & Theft » Hack shuts down Flexcoin and leads to the loss of 896 BTC

There is another Bitcoin exchange in problems after the Japan-based Mt. Gox: the Canadian cryptocurrency “bank” Flexcoin recently suffered an attack that led to the shutdown of the plaform. According to a statement published by the company, 896 BTC were stolen from the exchange’s hot wallet.

“As Flexcoin does not have the resources, assets, or otherwise to come back from this loss, we are closing our doors immediately“, the exchange announced. 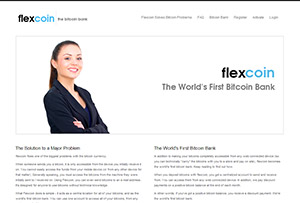 The hacker or group of hackers responsible for the theft divided the stolen coins into two addresses, which were later made public by the exchange on their statement.

Flexcoin has guaranteed it will return, free of charge, the digital coins that were kept in cold storage by the clients, but only after a proper identification process. As usual, the cold wallet was kept offline and was not affected by the hack. All other users are currently being directed to the exchange’s ‘Terms of Service’ page.

The Canadian exchange is currently cooperating with the authorities in order to trace the source of the attack.

All updates will be posted on the company’s Twitter account. The last information published on the social network was posted 11 hours ago and it simply reads “Flexcoin will be shutting its doors”.

However, Flexcoin was not the only target of online thieves in the last few days. Poloniex was also hacked and about 12.3 percent of the exchange’s BTC is now missing. According to a thread on Bitcointalk.org, “the hacker found a vulnerability in the code that takes withdrawals”.

The hacker discovered that if you place several withdrawals all in practically the same instant, they will get processed at more or less the same time. This will result in a negative balance, but valid insertions into the database, which then get picked up by the withdrawal daemon. 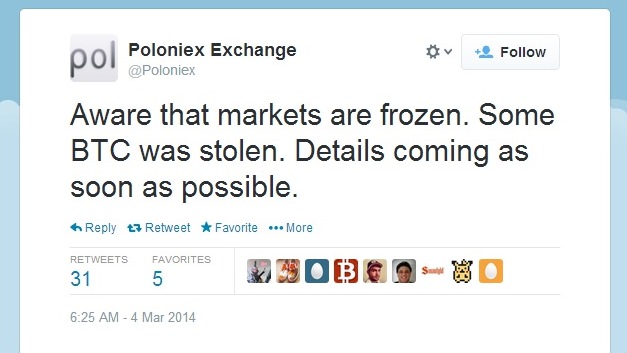 On Bitcointalk.org, the exchange’s representative wrote the following message: “I take full responsibility for this and am committed to repaying the debt of BTC. The exchange funds are 12.3% short. Because there is not enough BTC to cover everyone’s balances, all balances will temporarily be deducted by 12.3%. (…) If I had the money to cover the entire debt right now, I would cover it in a heartbeat. I simply don’t, and I can’t just pull it out of thin air”.