Skip to content
You are at: Home » News » Interviews » David Orrell: “Cryptocurrency is the future, but the future might be a long time coming”
Meet David Orrell. He is an applied mathematician with a passion for money, but not in the way you’re probably thinking. Orrell is interested in understanding money: both in its traditional and modern forms.
The mathematician is currently writing a book about money, which includes a lot of information and some predictions about cryptocurrencies. Orrell believes digital money is the future, but it might be a while until we can actually use the word ‘mainstream’ to define digital coins. 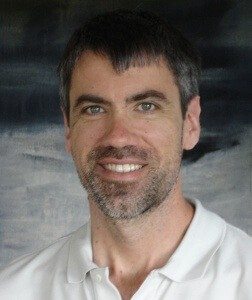 Besides being a mathematician by training, Orrell has a doctorate focused on the prediction of nonlinear systems, with applications to weather forecasting. “One of the things I enjoy about math is that you can apply it to many different areas, and I have worked in everything from particle accelerator design to building predictive models of the effect of anti-cancer drugs on tumours,” he told 99Bitcoins.
He now works as a consultant for Systems Forecasting, focusing in computational biology, but also writes books and scientific articles for different publications. Amidst all this, he took some time to reply to 99Bitcoins’ questions.
[tweet_box design=”box_02″]Bitcoin reduces reliance on both the state and the private sector.[/tweet_box]

For the past few years I have been researching a book on the subject of money. The topics include alternative currencies and cryptocurrencies in particular. It is a subject that I have been interested in for a while because I see these alternatives as part of a wider revolution in our approach to finance and the economy.

Do you think cryptocurrency is the money of the future?

Yes, but the future might be a long time coming. One of the themes of the book is that traditional currencies were designed during the gold standard era, and are still trying to maintain the pretence of being “hard” currencies while in fact they are completely virtual. So in psychological and monetary terms we haven’t made the full leap to virtual currencies yet. The time scales are long; transitions of this sort have historically only happened once or twice per millennium.

“Traditional currencies are still trying to maintain the pretence of being “hard” currencies while in fact they are completely virtual.”

You have developed a “quantum theory of money”. This sounds quite interesting.

The theory came out of the observation that money is fundamentally dualistic, because it marries two things – numbers and objects – which have very different properties. For example, numbers live in the abstract, virtual world of mathematics, while objects live in the real world. The tension between these contradictory aspects is what gives money its powerful and paradoxical qualities. 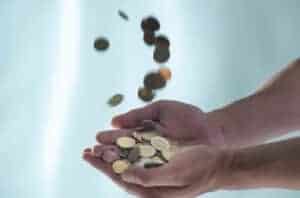 A key part of the theory is the idea of “money objects” which can be real, like a coin, or virtual, like a Bitcoin transfer. Prices are seen as emerging dynamically from the use of money objects. This changes the way we see money: instead of being a passive medium of exchange, as treated in mainstream economics, it is an active force that drives the economy. The two sides of money are always present (coins denote virtual debt; Bitcoins might be virtual, but you can still lose your hard drive), but their relative importance has alternated throughout history. So, for example, now we are in a virtual age.
The reason I think we need a new theory of money is because traditional theories either emphasise one side of money only (such as bullionism vs chartalism) or more or less ignore its properties altogether (like mainstream economics). And they take the relationship with number for granted, which I think is a mistake. It is the most obvious feature of money, and in many ways the most important.
This need for a new theory is particularly relevant for cryptocurrencies, because theories affect the way we perceive things like money, and cryptocurrencies don’t fit well with traditional theories.
I taught quantum mechanics for a term at University College London, and was wary of using the word “quantum” to describe the theory because I know it is often misused to evoke a vague sense of spooky, non-mechanistic behavior. However, it really seems the best word here for the following reasons:
There is a related talk that I gave for the Marshall McLuhan lecture, hosted by transmediale and the Canadian Embassy in Berlin.
[tweet_box design=”box_02″]We need a new theory of money to make sense of things like Bitcoin.[/tweet_box]

Your company uses math and other techniques to make predictions in different fields. Do you believe cryptocurrency could become mainstream?

One tool we use for making predictions is scenario forecasting, and I think cryptocurrency can become mainstream in a number of ways. One is that it is adopted by a large corporation, or even a government. A more likely scenario, perhaps, is that a financial crash makes it a better option than the alternatives. Bitcoin was born in a financial crisis, and might hold its value quite well in the next one. Finally, Bitcoin could be co-opted as the back end of mainstream banking services such as money transfer, which I think would disappoint some of its early proponents.

“I think cryptocurrency can become mainstream in a number of ways.”

A lot of people consider traditional money primitive. Do you agree?

Some aspects of it, such as the way that money transfers are handled, certainly seem primitive in comparison with something like Bitcoin. However my main criticism of traditional currencies is that as mentioned above they were designed during the gold standard era, and maintain many of the same trappings. One is the central involvement of the private banking system (they create most of the money in the system by making loans of new money), which goes back to when the Bank of England was formed to loan money to the monarch. The original idea was that the private sector had to lend money to the King because the King was too big to fail; now the state has to rescue the banks because the banks are too big to fail. Bitcoin reduces reliance on both the state and the private sector.

You are publishing a book about money. What can you reveal about it?

I am co-writing it with the Czech journalist Roman Chlupaty. The book starts with a history of money, and shows how money has alternated between phases where the real side of money is dominant (such as ancient Greece/Rome or the gold standard) and phases when the virtual side was dominant (like ancient Mesopotamia, the Middle Ages and since the 1971 Nixon Shock). The book shows how mainstream economics has treated money as an inert medium of exchange, with the result that the topic of money has (bizarrely) been left out of the models used by policy makers. This omission was one of the reasons the financial crisis was not predicted, or avoided. We propose a new approach to economics which puts the dualistic nature of money at its core.
The book, which is dues for publication in early 2016, then discusses alternatives including cybercurrencies, and argues that we need a new theory of money to make sense of things like Bitcoin. It concludes with some thoughts about the future of money.

Can you make any prediction regarding what you think will happen to Bitcoin in 2016?

I think that Bitcoin will continue to make inroads, with new fintech companies on the one hand and mainstream banks on the other hand, competing to take advantage of it. A less certain prediction is that Bitcoin will shoot to prominence in a country because people lose trust in the main currency. Could be Greece, but it will probably be somewhere more left-of-field like Venezuela, which has some of the highest inflation in the world (and subsidized electricity!).
Click here to read David Orrell’s paper A Quantum Theory of Money and Value.