Skip to content
You are at: Home » Coinbrief » Altcoin » Bytecoin (BCN) is Now Armed With Multisig

With the most recent update, a long-awaited multi-signature feature has now become available to the Bytecoin users.

What is Multisig and How is Bytecoin Using It?

Multisignature is a special type of output destination address in a transaction. Usually every output is being sent to one public key, which belongs to a single person, however multi-signatures allow you to create a “virtual address” in such a way that many people can, or should cooperate, to release the money associated with that address.

Technically, you specify not a single public key as a recipient of transaction, but several ones  (N). Additionally you point out how many signatures (with these keys) should be attached, in order to trigger the release of these funds (M).  Such schemes can be called “M of N addresses”. Of course, only one signature can be produced under each key, i.e. all signatures must be produced under different keys.

The Multi-signatures feature in Bytecoin (BCN) can be useful in many ways. Depending on initial keys distribution, and the exact values of M and N, we can get many scenarios. For example, 2 of 3 address is an essential part of an escrow service. Alice (A) is going to buy something from Bob (B) and they are agreeing upon having recourse to arbitrator Carol (C). Alice sends a transaction to 2 of 3 address with all three keys (A, B,C) as the recipients. When she gets her purchase from Bob, they both sign next transaction to transfer the money directly to Bob’s personal key. If Alice refuses to sign, Bob asks Carol to do it: and again two of them can release the funds. Finally, in case of failed delivery from Bob, Alice can appeal to Carol and their two signatures return Alice’s money back. 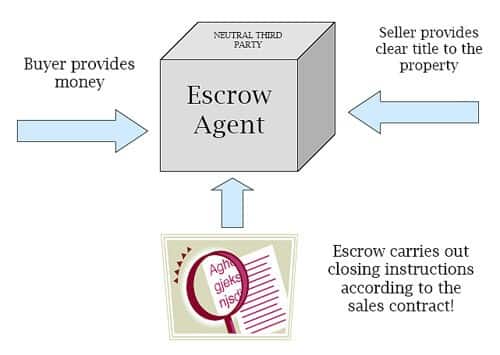 How is Bytecoin’s Use of Multisig Useful, Beyond Simple Escrow?

Imagine you just invested a certain amount of money in a company run by Alice and Bob. If the company uses a simple wallet to store funds, who should control the keys? What happens if Alice or Bob disappear? How will you get access to your investment then? Multi-signature addresses, by design, allow for secure separate access. While traditional addresses allow transfer of funds by presenting one “proof” consisting of a public key and private signature; multi-signature accounts require one proof for each required signature. Multi-signature accounts require M of N signatures, meaning you could set an account up to require 2 of 2 signatures, 2 of 3 signatures, 3 of 3, and so on.

Bytecoin’s Multisig Can Be Used for More Complex Problems

Despite of simplicity of the scheme, we can construct more sophisticated protocols assuming that every person can possess many keys. For example, there is a board of directors (10 members) and the chief director. Every ordinary member has its own one key and the chief director has 5 keys. An 11 of 15 address allows them to manage funds so that they can be spent only with the chief’s approval. On the other hand, he cannot do it on his own: a majority of members (6 or more) is needed in order to execute a new transaction.

The scheme can be improved by introducing binary operators OR, AND, NOT. Combining it with destination keys, you can send money with a permission like “the funds can be released by (Alice) OR (Bob AND (Carol or Dave) together)”. In fact any logical expression can be constructed from this binary basis.

Multi-signatures is the next big step in making Bytecoin (BCN) a perfect financial instrument. Since Bytecoin is open-source, it allows service developers to work on top of the protocol, which makes development community oriented. The core developers have recently made improvements to the API, allowing anyone to make modifications at their own discretion. With its launch in 2012 the coin has made a significant progress, while remaining one of the most stable cryptocurrencies,  is experiencing steady growth in the community, and has retained a highly reliable team of developers.