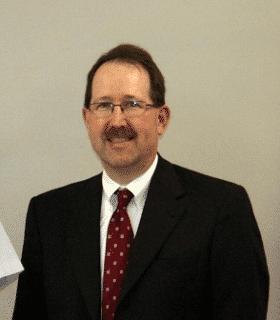 The question of whether Bitcoin can be considered “money” from both a legal and tax perspective in the United States has been in the news a great deal recently,  especially with multiple Judges ruling that Bitcoin was indeed money,  and the Internal Revenue Service (IRS) seeming to contradict the courts with a stance that deems Bitcoin as property. The latest chapter comes again from Texas and Federal Magistrate Judge Amos L. Mazzant.

This time, a case was filled against the founder of Bitcoin Savings & Trust, accusing him of operating a Ponzi scheme that used Bitcoin. An intresting part of this story  is that Philip Moustakis, the represenative of the SEC in the case was active in Bitcointalk.org, encouraging members of the community to get involved in the case’s procedures. The defense brought up that the IRS considers Bitcoin to be property and “property” is not a part of the current law on Ponzi schemes. However, the Magistrate disagreed, stating that “In twenty-three places throughout the IRS code, money is referred to as property…”

The Bitcoin Foundation announced Wednesday  that it had allied with its first chapter affiliate in Eastern Europe, Fundatia Bitcoin Romania.

This makes the fourth chapter affiliate for the Bitcoin Foundation in continental Europe, after Germany, the Netherlands and Denmark. In a statement, the foundation said Fundatia Bitcoin Romania will push educational efforts in the country of 21 million and encourage consumers as well as merchants to adopt Bitcoin locally.

Earlier this year it was reported that Bitcoin was booming in Romania. Apparently the recent news that Romania’s Bitcoin Foundation is now affilated with the main foundation confirms that.  Chapter affiliates get the support and guidance of the worldwide Bitcoin Foundation, and its members, as well as access to other advantages. 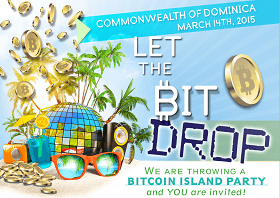 The Bit Drop has named Dominica, a nation of over 70,000 residents, as the recipients of a bitcoin distribution scheduled to occur  on March 14th, 2015. They are partnered with the two major telecom companies on the island to deliver bitcoin via SMS through Coinapult.

“Let the bit drop” says that their goal is to create the world’s largest and highest density Bitcoin community  on the planet. And they’re planning to do so by  giving bitcoin to every  resident of the country. But that’s not all! Though cooperation with the Government, they’re planning to distribute educational materials to inform the locals about Bitcoin and the “Bit drop” event. Plans also include creating information centers in order to educate locals about Bitcoin, and also provide information such as how to use their wallets. 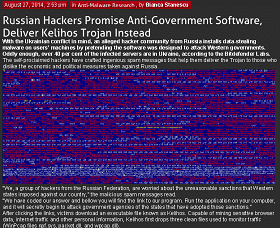 A hacker group is trying to leverage the ongoing conflict between Russia and Ukraine as it distributes malware that is capable of targeting Bitcoin wallets.

A report by Bitdefender Labs, a cyber security firm that focuses on the digital currency  market, highlights how an alleged hacker group disguised one form of malware as another. According to the report, the perpetrators distributed software that they  described as capable of disrupting the digital activities of Western governments fighting against Russia.

It’s obvious that the hackers are trying to take advantage of the crucial political situation between Russia and Ukraine, trying to lure users into installing their malware by telling them it’ll help them fight Western Governments. What the program actually  does, is to install a malware package called Kelihos. Among other negative effects, the malware that resurfaced again after years is also capable of stealing the content Bitcoin wallets.

San Francisco-based Coinbase has published an interesting blog post on Wednesday, which essentially  serves a means of comforting its users.

In short: the company  announced that it holds insurance against both theft and loss of the Bitcoin they hold — much of which belongs to its over one million users.

Although Coinbase has been insured by  insurance giant AON since November 2013 they  decided to publicly  announce it now, as other Bitcoin storage services have been doing the same.