Skip to content
You are at: Home » News » Adoption » Bitcoin and the role it could play in the B2B community

Bitcoin and its growth in the consumer world is obvious: new adoption stories are getting published every day, but it’s rare to come across Bitcoin-related applications trying to benefit the business-to-business (B2B) community.

We’re all aware of the fact that B2B transactions are usually bigger than person-to-person (P2P) transactions. However, Bitcoin has been unable to penetrate this market in the right way. My curiosity led me to discover that I’m not the only one that has raised this question and wondered about Bitcoin’s role in  the B2B community. However, I’m not the first one to do it.

[tweet_box design=”box_02″]Bitcoin has been unable to penetrate the business-to-business market in the right way, but that might be about to change.[/tweet_box]

Jeff Garzik, CEO of Dunvegan, also asked this question almost a year ago. 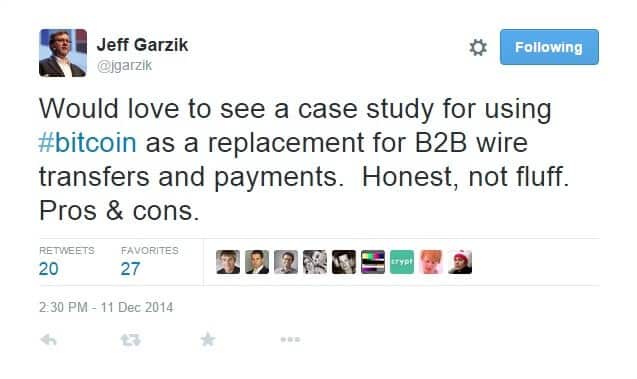 Bitcoin has the technology and the potential to replace some of the existing payments systems that businesses use. The most common one is wire transfer,  which might not be all that expensive as the cost tends not to be percentage-based, but fixed. However, it’s quite slow: generally, wire transfers across countries tend to take between three and five working days.

In modern times, where quick and instant payments are popular among consumers, this seems like something that must be revisited and changed in order to encourage our businesses to cope with the emerging global economy.

The other common method for transfers is Automated Clearing House (ACH), which is generally cheaper than wire transfers, but slower too.

On the other side, Bitcoin solves both of the speed and cost issue. It can be used to send and receive large amounts of money, and can also be done in the minimum amount of time ranging from one hour to several hours.

However, the problem is that this sort of arrangement can only work if both parties are willing to use Bitcoin and acknowledge the risks involved with using it.

Most businesses do not have the time or patience to rely upon a currency that is as volatile as Bitcoin. For that reason, the only solution for businesses is to use Bitcoin as a mere medium for the transference of funds and not to actually hold Bitcoin.

Therefore, businesses would need to use services that provide business accounts where BTC is converted instantly to the local currency, much like merchant accounts provided by popular wallets. This, however, will certainly affect the market with huge sums of money being sold and bought. Still, Bitcoin will be able to adapt.

The other great benefit of adopting cryptocurrency is the ability to convert certain currencies that do not enjoy global acceptance. Such currencies can be converted to BTC to give them more access to the global market, which will further facilitate the payment process.

Bitcoin’s speed is undoubtedly super-fast as compared to the conventional methods. So the ability to make fast transactions won’t be a problem.

The other benefit is the cost. Traditional bank wires generally range from 10 to 40 dollars or even more. On the other hand, a Bitcoin fee would generally be a few cents.

People’s ability to do business is greatly affected by banking policies and other financial restrictions imposed by governments. Nevertheless, the majority of the world’s adult population is unbanked, making it hard to accept payments and wire transfers. Most of these people have to rely on services like Western Union and Money Gram to receive and send payments. 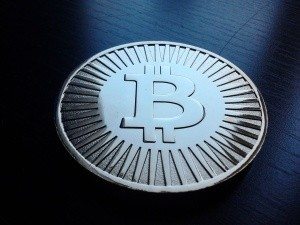 Bitcoin, however, can solve this issue. With only one currency to worry about and only needing a computer and access to an internet connection, anyone can send and receive money globally.

Cryptocurrency gives people living in third world countries the opportunity to be a part of global trade: this empowerment can revolutionize the e-commerce industry.

However, the use case for B2B payments is not all that plain and simple. There are a number of complications that need to be addressed before we can see some big players adopting Bitcoin.

There are a few cons, though. The biggest problem with using Bitcoin is that all the responsibility regarding safety lies with the individual making the payment. For example, if I am sending 1,000 BTC to someone, the first and most important mistake I would need to avoid is to make sure that I am sending it to the correct address since payments are irreversible.

Furthermore, I need to make sure that my computer is not compromised or doesn’t have any login software installed that can spy and get access to my credentials.

Almost all of these problems can be faced by banks too but in this case they reimburse the customer if something happens. In Bitcoin’s case, this is not a possibility.

So, for this to work, we need to find a solution, a service that is able to confirm if the address is correct by attaching a name to an address even if it’s just on the platform being used at the time. The other option is to remove pressure from the client in order to secure the system: this means the platform or company being used should be responsible for all security-related steps involved.

If anyone is able to come up with a feasible and secure solution for this problem, then they will start a revolution because this is one of the major factors hindering adoption among the business faction.

The other threat to businesses adopting cryptocurrency is Bitcoin’s high volatility and how it can possibly affect their business. Since most B2B transactions are large in volume, any sell order or buy order is sure to significantly change the market.

Furthermore, businesses can’t hold BTC because of its unpredictable exchange rate. How to deal with the volatility issue is something that will require serious discussions among Bitcoin pioneers and investors.

However, as the currency matures and adoption increases, the volatility will decrease and products and services will be launched that are somehow able to liquidate Bitcoin without disturbing the market too much.

Bitcoin does serve many benefits for small business owners that can use BTC to pay their suppliers. Also, with their transactions being generally smaller in volume, they don’t have to worry about moving the market too much.

Please share your thoughts on how you think Bitcoin will impact the business-to-business financial relations in the future.