Skip to content
You are at: Home » News » Adoption » Bitcoin becoming “exit currency” of choice for people in troubled countries

If you’ve been watching Fiatleak.com over the past few weeks, you’ll have noticed that China has accounted for the vast majority of Bitcoin transactions. The flurry of Chinese-based cryptocurrency transactions comes even as the local government has instituted strict capital controls in an effort to protect both the nation’s economy and its currency. 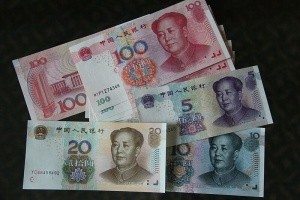 Interestingly, as the government looks to keep money in the country, it appears that many Chinese people are using Bitcoin as a sort of an “exit” currency to transfer their wealth out of yuan. You can read more about the phenomena here.

If the global financial system continues to grow more unstable, which is a real possibility, Bitcoin could exactly emerge as a popular “exit” currency, a currency that will allow people to quickly and easily exchange their local currency for a different one if they feel that their own local currency is at risk. In a world dominated by fiat currencies, exchange rates can fluctuate widely, and the risk to personal wealth can be high.

Further, given the recent bout of financial turbulence, it should come as no surprise that governments have increasingly been turning to capital controls in an effort to protect their currencies and financial systems. For example, during the recent Greek crisis, the local government instituted extremely tough capital control measures, making it next to impossible for Greeks to access their wealth.

Now that China is suffering its own economic crisis, the Chinese government has followed the same path, implementing tough capital measures. As China has come under pressure, the government and Chinese banks have been stepping up efforts to monitor foreign currency exchanges. Companies looking to transfer money can only do so for approved business activities. At the same time, the government is going after underground exchange agents that have been helping people transfer their yuan to other currencies, such as the American dollar.

Can Bitcoin save the day?

This is where Bitcoin can come in. With cryptocurrency, an investor doesn’t need to find some shady underground agent, one who will almost certainly be offering a terrible exchange rate. Instead, the investor can cut the middleman out and use Bitcoin. Of course, Bitcoin carries its own risks, but compared to troubled financial systems and depreciating currencies, the all-digital currency appears to be a relative safe haven. 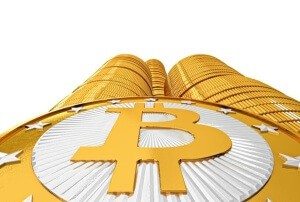 Bitcoin could become the currency of choice for those looking to transfer their wealth out of troubled currencies and nations. Bitcoin’s anonymity features could come in especially handy in countries where the government is cracking down on currency exchanges and capital outflows, allowing people to quietly and discreetly transfer their money even as the traditional financial system is frozen.

Bitcoin has since emerged as a top choice for Chinese citizens looking to get some of their wealth out of the yuan. The rising demand by Chinese users helps to explain why Bitcoin rose from about $230 to $240 from September 1st to September 7th. And what about the Greek crisis? At the time, Bitcoin likewise saw a huge price increase.

To be clear, Bitcoin is no magical panacea and there are limits to what it can do. If money is trapped in a bank, there’s nothing cryptocurrency can do to help. The bank has the money, meaning you won’t be able to transfer or exchange it into Bitcoin. This point was proven during the Greek financial crisis when the population was unable to withdraw most of their money from their bank accounts.

If an investor happens to have their wealth in cash, or if they can still use transfers, then their money is still accessible and thus can be exchanged for Bitcoin. Of course, a government could try to shut down cryptocurrency-related websites and track people who transfer their money into BTC.