Skip to content
You are at: Home » FAQ » Advanced Questions » Smart Contracts Explained (for dummies…)

The popularity of Bitcoin as an investment sometimes makes people forget about what Bitcoin really is and its potential applications to solve real-life problems. Ironically, these are the things that really distinguish Bitcoin from the Tulip Bubble and make it impossible to be ignored even long after the initial hype.

One of the key values that the blockchain, the breakthrough technology empowering Bitcoin, proposes is decentralization. Bitcoin has already brought about a new and decentralized way for peers to send money directly between one another without going through a central bank or a third-party company.

The success of Bitcoin in decentralizing money gives us the reason to believe in the same achievement for other properties such as stock, bond, etc. Along with the development of the Internet of Things, it is not far-fetched to think of making certain kinds of assets “smart” and integrating their ownership certifications into the Bitcoin’s blockchain to create a desired level of decentralization for financial transactions.

The decentralization of property exchange is a particularly interesting and controversial topic. To elucidate this relatively new and little-known application of the Bitcoin’s blockchain, I will use a specific example of the transfer of car ownership between two famous characters we usually encounter in cryptography literature: Alice and Bob. 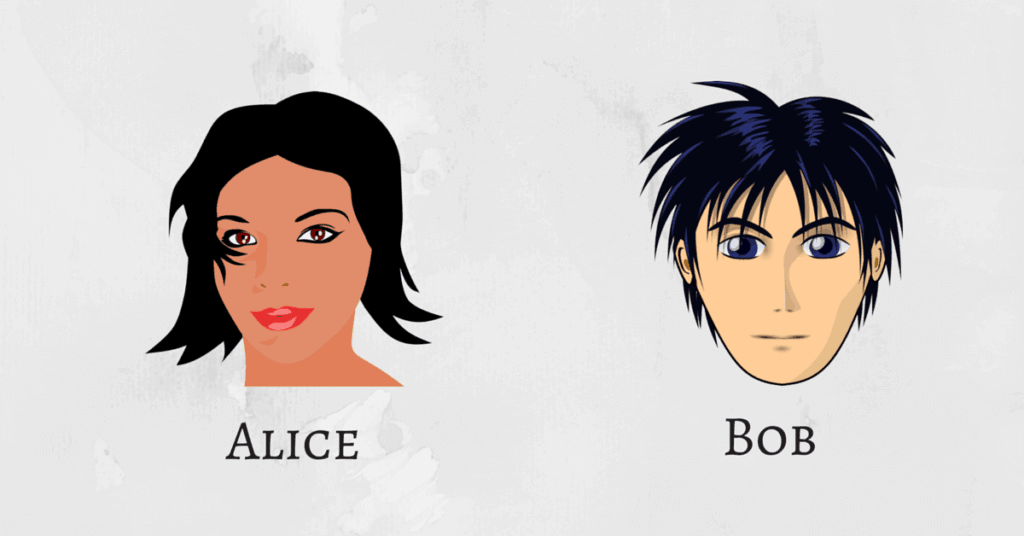 What Exactly Is Smart Property?

In the real world, the ownership of a car isn’t solely decided by who’s holding the key. Living in the United States, Bob has to register his car with the Department of Motor Vehicles (DMV). Therefore, when he wants to sell his car to Alice, besides exchanging the key and money, they also have to work with the DMV in person so that the DMV can appropriately update their database.

Does it sound like a lot of work to you? It does to me. Now, imagine in an ideal and completely decentralized world, everyone including Bob and Alice has their own key fob, which is the equivalent of a Bitcoin wallet. The smart car is designed such that it can hold and constantly download new blocks of the full blockchain. When it is being assembled, a special transaction is created to assign the car to the public address of the manufacturer’s key fob. The transaction ID is then hard-coded into the car’s system.

So how can we transfer the car ownership to Bob if he buys it from the manufacturer? Easy: the manufacturer can just create a new transaction with the genesis transaction as the input and the public address of Bob’s key fob as the output. Now, with the updated public key on the blockchain, every time Bob wants to open the door and start the car engine, he can just send a request to the car. It will send back a challenge to Bob, which he has to sign with his private key. Because the car knows the public key of its authorized owner, it is easy to verify Bob’s key fob, while it’s virtually impossible for strangers to reverse-engineer his private key just based on the public key on the blockchain. This process is pretty safe thanks to cryptography.

Similarly, when Bob decides to sell the car to Alice, he simply creates a new transaction to be broadcasted to and verified by Bitcoin miners all around the world. The deal can be closed within one hour after six confirmations on the blockchain, without either Bob or Alice having to go through time-consuming procedures with the DMV or any other centralized organization. What is even more interesting is that there’s no single key fob being passed around. Everyone already has their permanent key fob; the only thing that needs to be updated is the blockchain.

How Can Smart Property Work with Bitcoin?

This new type of transaction presents an interesting problem: how can it be implemented if Alice and Bob hardly know or don’t trust each other? If Alice sends money to Bob first, Bob can possibly ignore Alice afterwards and refuse to broadcast the car transaction to the Bitcoin network. And vice versa, if Bob transfers the car ownership to Alice first, how can we be entirely sure whether Alice will keep her promise to give Bob the cash he deserves?

That’s another problem we can solve by implementing smart property on the Bitcoin blockchain. Instead of including only the car in the transaction, Alice and Bob can together form a single atomic transaction that has both Alice’s payment and Bob’s car as the inputs and the transfer of the car to Alice and Bitcoin to Bob as the outputs. The main benefit of the atomic transaction here is that if the transaction goes through, both Bob and Alice are guaranteed to receive what they want. Otherwise, if for some reason the Bitcoin miners don’t accept the transaction or it doesn’t end up in the main branch of the blockchain, nothing happens, and Alice and Bob won’t lose anything. 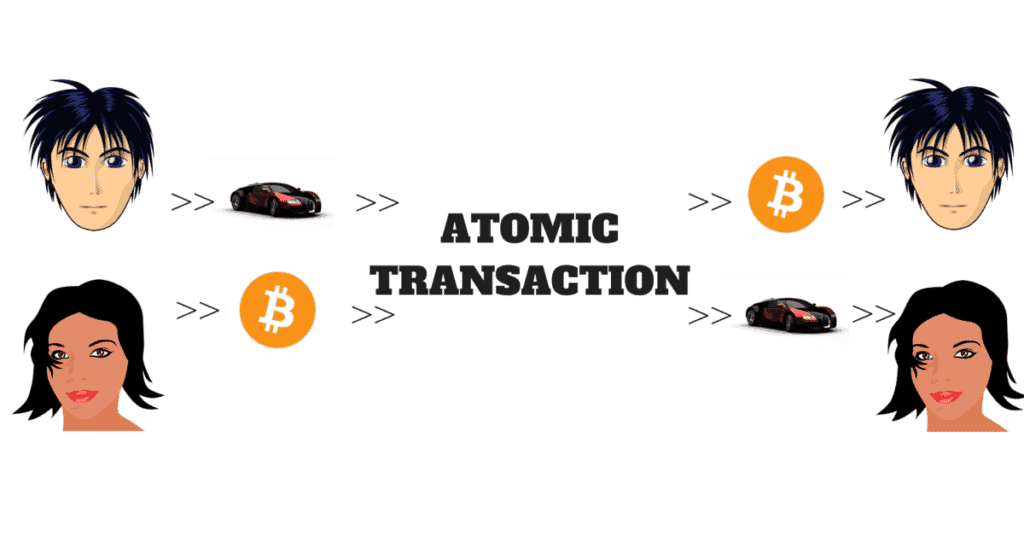 Pros and Cons of Smart Property

The most important advantage of the decentralized approach towards property exchange is its efficiency. Since the transfer of car ownership doesn’t have to go through the DMV, it can be finished within one hour after six confirmations on the Bitcoin blockchain. Furthermore, this method gives people a lot of flexibility when it comes to property trading. For example, Bob can be traveling overseas and still easily sell his car in the US to Alice and receive the payment immediately to finance his trip. This is virtually impossible under the current centralized system.

However, this efficiency comes at a cost. Compared to the traditional model of property ownership transfer, this decentralized model is much less secure. Under the current model, with the involvement of the DMV, car users are protected by a humongous system of laws, police, insurance, etc. Losing your key or getting robbed doesn’t endanger your rightful ownership of the car, and even if the police fail to track it down, you are still appropriately compensated by insurance. In contrast, a purely decentralized model equates your ownership to the possession of the key fob. This puts all of the security burden on the technology behind it, which is far from perfect and is vulnerable to several kinds of attack.

Furthermore, what will happen when disagreement appears between Bob and Alice regarding their transaction? In reality, this can be settled in court. You can feel free to question the judgment coming from a judge or a jury, but they are arguably fairer when it comes to dispute resolution, since they work on a case-by-case basis and take into account all the subtle and peculiar facts and evidences of each and every case. On the contrary, in the decentralized model, once the deal is done, it’s done. The data stored in the blockchain are immutable, and the verified transactions are irreversible.

For the above-mentioned security reasons, it’s mostly impractical to adopt a purely decentralized approach towards property trading in real life. However, the efficiency and flexibility that come with blockchain technology are undeniable. Therefore, in my humble opinion, a hybrid approach will bring us the very best of both worlds. It could be very beneficial for the government to integrate the Bitcoin blockchain into their own system to improve people’s experiences with their daily transaction while still maintaining the former safety and security.

There will be a lot of difficulties and problems to overcome before we can realize this vision. But keep in mind that just about 30 or 40 years ago, it was hard to imagine that people from any parts of the world could easily see each other’s faces at anytime they want, which is something we take for granted nowadays. The development of the Internet has truly empowered human communication in such a short amount of time that it’s not far-fetched at all to think of the day when Bitcoin blockchain can empower property trading in the same way: giving people the ability to trade anywhere and anytime they want.