Skip to content
You are at: Home » News » Remember when Mitt Romney and his wife were blackmailed for Bitcoins in 2012? 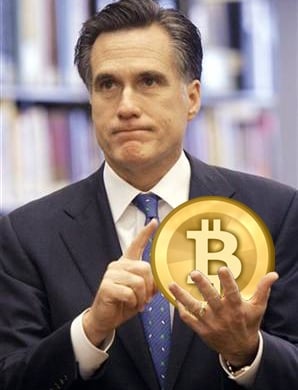 Last year, Mitt and Ann Romney, the former candidate in the last US presidential elections and his wife, received an anonymous threat from someone who claimed to have all their tax records from recent tax years, demanding $1 million in ransom. The funny thing is that the suspect wanted the ransom to be delivered in Bitcoins.

The couple got the message through a letter, which said that an encrypted form of the tax documents had been sent to all major media outlets. Was it a joke, are you thinking? We still don’t know, since the Secret Service confirmed that a letter and a flash drive containing encrypted files had been received by the Republican and Democratic party offices and confiscated from both.

At the time, the perpetrator threatened the Romneys and asked them to transfer $1 million to a specified Bitcoin address in some weeks or the encryption key to the documents would be released, opening them for all to see.

But, the blackmail message had another twist: as the message itself described the rules, it was possible to read “and at the same time, the other interested parties will be allowed to compete with you. For those that DO want the documents released will have a different address to send to. If $1,000,000 is sent to this account below first; then the encryption keys will be made available to the world right away. So this is an equal opportunity for the documents to remain locked away forever or to be exposed before the September 28 deadline. Whoever is the winner does not matter to us”.

In some days, the two addresses combined received a combined value of over 1 BTC. So, it doesn’t look like the Romneys were too scared… And, until today, there is no proof that the information has been leaked at all. The files could just be random data and the extortionist could simply be a clever guy looking for people whit financial transparency desires.

Talking about this case is useful to remember that as most Bitcoin extortion cases turn out to be a hoax, there are other serious crimes related to Bitcoin out there.