Skip to content
You are at: Home » News » Legal » Ottawa should adopt “hands-off approach” regarding Bitcoin, says Canadian Senate

The Canadian city of Ottawa has been advised by Canada’s Senate to use a “light touch” when considering any new Bitcoin regulation.

The political authority’s advice is the result of a report on digital currencies released by the Standing Senate Committee on Banking, Trade and Commerce after a year of research. The Senate is afraid that any new strict rules implemented by Canada’s southeastern capital might prevent the growth of cryptocurrency and evolution of related technologies like the blockchain.

According to the report, Ottawa should follow “almost a hands-off approach” when it comes to Bitcoin and other virtual coins. The Senate believes that the city’s authorities should simply monitor the evolution of the local crypto-economy, introducing exclusively necessary regulations along the way. 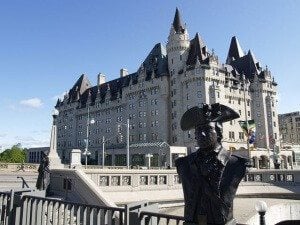 The advice is not only addressed to Ottawa’s authorities, but also to its private sector, as the Senate is trying to make sure that the whole country can one day make the most out of Bitcoin and its core technology.

Senator Irving Gerstein said that the committee “was told that by cutting out third parties, blockchain technology can give consumers and governments a more effective level of online security.”

The Bitcoin Alliance of Canada welcomed the report in the hope that the government and the country’s companies consider them. The institution’s executive director, Kyle Kemper, also said that despite the lack of explicit legislation, most Bitcoin exchanges already regulate their businesses.

However, the Senate also believes that dealing with such a technology also requires major care. “There are two sides to every coin — even a Bitcoin. The power offered by blockchain technology for people to protect their identity has a flip side,” Gerstein explained.

“The consequence of this risk of criminality means a certain amount of regulation is needed,” Gerstein said, noting that Bitcoin exchanges — the ‘on and off ramps’ where customers convert state-issued currency into digital currency — should be regulated as money services businesses.

However, balance is something almost all witnesses stressed, and the committee is of like mind. We recognize that these new technologies may have other innovative and, as of yet, unimagined applications, and we are at a delicate stage in their development. Accordingly, the committee has concluded that the best strategy dealing with digital currencies is to tread carefully when contemplating regulations so as not to stifle innovation.”