Skip to content
You are at: Home » News » Adoption » eBay pulls merchant listing for accepting Bitcoin

Ebay apparently doesn’t want anyone competing with its Paypal service. The website recently took down a merchant listing because the owner was willing to accept Bitcoin.

While cryptocurrency is emerging as a popular online payment option, some companies such as eBay have been slow to adopt it.

Andy Shroder, who put the listing up, is a solar energy researcher and solar panel manufacturer. When Shroder inquired about the delisting, eBay responded that they do not allow merchants to accept Bitcoin as payment. Apparently, Bitcoin does not meet eBay’s requirements in regards to security and safety. Or at least that’s what the company told Shroder.

eBay’s reply, however, is questionable at best. It’s true that, if mishandled, Bitcoin can be somewhat risky. There are a variety of scams and other issues involving Bitcoin, but this is true for every type of payment and financial service. Where there is money and value, there will be thieves looking to steal. The real question is whether Bitcoin poses more of a risk than other forms of payment, which doesn’t appear to be true. 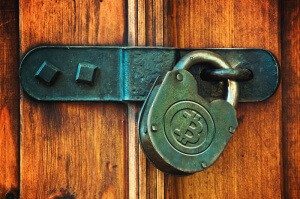 After years of development, security protocols and software of leading Bitcoin wallets are exceptionally strong. At the same time, anonymity features and the fact that Bitcoins can be stored offline – in “cold storage” – make cryptocurrency very safe if you take the proper precautions. Of course, if you mishandle Bitcoins by not having a secure password, for instance, then your wealth will be at risk.

The biggest downside to Bitcoin is that once your coins are stolen they are nearly impossible to recover. That’s why it is important to make sure that your BTC is secure from the get-go. Pick a very hard to decrypt password, use a secure wallet service, and split your wealth up among different wallets (each with a unique password). When you read about people being scammed, it’s often because they didn’t take the proper precautions.

eBay’s current anti-Bitcoin policy is a far cry from just a few years ago when the company’s CEO John Donahoe stated that he hoped to integrate the currency with Paypal, the company’s popular online payment service. Unfortunately, the integration never came to fruition and eBay has since adopted an active anti-cryptocurrency policy. In the past, it was common for eBay to delist postings simply for mentioning the online currency. 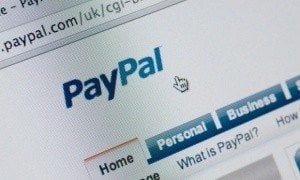 We can’t speak for eBay, of course, but it seems the company is more worried about competition than about the “safety and security” provided by Bitcoin. eBay’s big money maker right now isn’t actually the company’s sales platform, but its payment service Paypal.

eBay will be spinning Paypal off in coming days and is expected to profit from the operation. The spun-off payment service could be worth as much as $40 billion on its own. Once eBay and Paypal begin to untangle themselves it’s possible that eBay itself may grow more open to alternative payment services. Of course, this is pure speculation and we’ll have to wait to see what the future holds.