Skip to content
You are at: Home » News » CoinSummit San Francisco announces program for Bitcoin-related professionals

The tech-savvy city of San Francisco, in the United States, is getting ready to welcome a major Bitcoin-related event on March 25th and 26th. The invitation-only CoinSummit San Francisco will connect entrepreneurs, investors and hedge fund professionals from the world of cryptocurrency with the help of several well-known names.

The Yerba Buena Center for Arts is the place chosen to hold the event, whose program is a list of true Bitcoin stars.

Besides Nicolas Cary, CEO of Blockchain.info, the angel investor Roger Ver (also known as “Bitcoin Jesus”), Jeremy Liew of Lightspeed Venture Partners or Micky Malka of Ribbit Capital, the conference will also be attended by Dogecoin’s co-founder, Jackson Palmer, who will be making his first public appearance as the “father” of the Shiba Inu-powered cryptocurrency.

Here is the complete program:

Panel Discussion: The rising stars of the Bitcoin start-up ecosystem 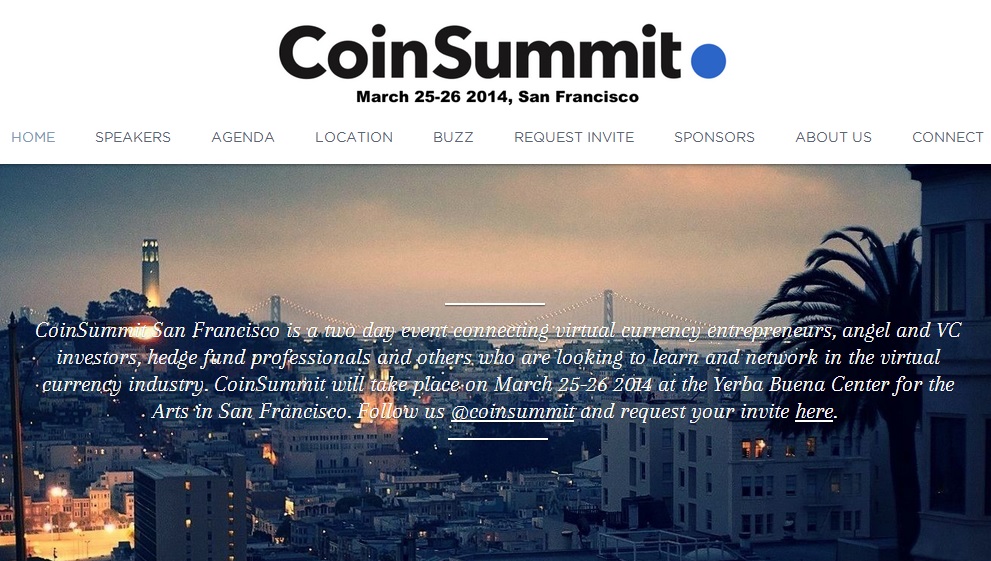 Debate: Bitcoin is a flash in the pan!

What’s next for Bitcoin exchanges?

Decentralized Applications – the future of Bitcoin and virtual currencies?

Merchant opportunities in the Bitcoin Space