Skip to content
You are at: Home » News » Opinion » Blockchain technology; how does the future look like?

There’s been a couple of incidents that sticks out, since Bitcoin first came into the scenes. Firstly, an inventor with an anonymous identity; secondly, illegal marketplace with an anonymous currency system and finally, disastrous finale of its biggest exchange services. Not an ideal scenario for an investment opportunity and to attract new investments.

But if you take a broader look at the bitcoin network now, the currency does not excite the community anymore. People are more interested in the technology behind the bitcoin rather than the currency itself. As a matter of fact, blockchain technology is thought have the potential to bring about revolutionary changes in various fields. 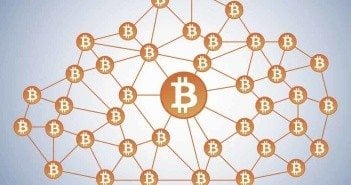 At first, let’s talk about some basics that most of us already know. Bitcoin is like any other currency that can be used as payments. The difference is that it is digital. But that would be the perfect currency system considering everything is digitalized in this modern century. Making a payment with bitcoin is just like filling “block” which records the data of the payment. After a certain amount of time, the block is filled and a code is left in the corresponding computer which represents the block. This way, every payment leaves a permanent trail in the blockchain.

All the documentation to verify every exchange via Bitcoin, is provided by a group of people called “miners”. Miners use their computing power to create secure blocks by solving complex math problems. A block is created each time a problem is solved by the miners. Bitcoins are sent to the miners as reward for their service. The process is universal and each coded and time stamped block is based upon the previous one. So there’s no way to modify any recorded block; a perfect example of solid evidence. This puts the traditional system of exchange verification by banks or similar third parties to bed. This unique technology is what makes this bitcoin currency one of its kind.

Experts believe, bitcoin is just the tip of the iceberg for bitcoin technology. The technology has the potential to be used in many useful services that include verifying, tracking and recording information. It can be used to ID the users where the blockchain provides the client with digital ID. A service named Onename already provide its users with this unique feature where they use blockchain ID as a digital passport to verify identities online. The technology can also be used in a more sophisticated matters like voting systems where people can verify their identities via smartphones.

There are other companies and tech firm that have started using this technology for swiftness and efficiency. One of the service is the professional-services firm Deloitte Canada where Matthew Spoke is the innovation specialist. He is the leader of a team that analyzes for innovation using blockchain technology. He mentioned how audits can be performed with much more precision with the help of blockchain technology. Now the traditional system audits only a single company form a sample and try to make the audit as accurate possible. Since the company has a lot of transaction and financial record, it’s never easy to get a complete and accurate review.

But the more important question is, whether the community is ready to accept this tech or not. It might not even get the approval from the regulatory or companies might not even want this guaranteed extensive audit. Traditional audit system will be pretty hard to get rid of. The digital system will provide more accuracy with less time consuming options and with significantly less effort.

The proof of existence is also might be the biggest obstacle in terms of using this technology. No private firms would want to put their financial information on a distributed network with general access. So companies are innovation, making their own blockchain network. Instead of it being a decentralized source, it can only be accessed by the selected authority chosen by the company. This is called a permission based-based blockchain. Banks can use this protocol to regulate their day to financial exchanges. But the theory goes against the morale of the bitcoin which says a decentralized peer-to-peer transaction system with general access no control button. 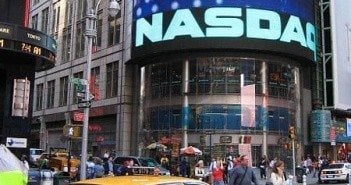 Now one company that plans to introduce this technology in an innovative way is NASDAQ. They plan to build a low-cost and efficient service to settle securities trades. They will launch a service later this year on their private market platform to facilitate small companies keep track of share and investors by recording the data blockchain. Chain is a perfect example of blockchain innovation being used to maintain financial infrastructure. The traditional banking system usually takes up to three to five business days to process a stock transfer or a credit card transaction. But with the help of Chain innovation, banks could instantly process the stocks, saving time and money.

Any company in need of a network that keeps immutable record of its exchanges should find blockchain technology useful. Financial services like logistics or trade finance where a lot of information needs to be recorded could be facilitated by blockchain technology to provide more efficiency. And who says only stock can be process using blockchain network. This technology can process any kind of shipments form rare metals to high end industrial parts worth millions.

Traditional financial systems around the globe are already alarmed by this technology. They have realized the power of this technology and what it can do in the hand of the general people. So already some of the leading financial industries have started analyzing this tech in order to integrate this feature in their services. The Swedish bank UBS has opened up a Blockchain research lab in London earlier this year. This is aimed at promoting the integration of Fin Tech into traditional banking. The Barclays bank has also signed agreements with firms such as Safello, which is a bitcoin exchange based in Sweden (read more here).

But accepting this technology is not the only step. Adopters should have a technical clarity of this technology. Arguments are ongoing among the developer of this tech about the block size limit. Some thinks the limit should be increased in order to allow more transaction. And then, there’s the topic of global or mainstream acceptance of this technology. Everyone should keep in mind that this technology is still very naïve and in developing process. The blockchain technology does have the potential to bring about revolutionary changes with time and proper evolution.