Skip to content
You are at: Home » Coinbrief » Bitcoin » How is the Bitcoin Start Up Scene in Africa?

Bitcoin is globally hailed for its potential to transform interactions within the global community. Africa, part of the global community, has been on the fringes of emerging bitcoin developments – Bitcoin 2.0. Still, the bitcoin community is adamant about what bitcoin can do for developing countries.

At present, a seismic proportion of bitcoin startups, developments and news are centered in the northern hemisphere – Europe, Canada, North America. . . Notably, there has been foray into less mature markets – Philippines, Botswana, Kenya and plenty more places!

Here are some of the startups in the African bitcoin space.

SOUTH AFRICA – has a fairly advanced economy relative to most Sub Saharan countries. It came as no surprise therefore, when PayFast, a South African payment processor, became the first to process bitcoin payments on the continent! Takealot, an online retailer in SA, followed the announcement with one of their own – “Super excited to announce we now accept Bitcoin as a payment method”

For bitcoin to take off mainstream, it requires supporting infrastructure to make it more accessible and widely adopted. Bitcoin Exchanges, which offer a gateway to trade in fiat for cash, play a vital role!

Bit X is a bitcoin exchange based in South Africa. They’re working with payment processors, PayFast to enable bitcoin payments. After launching in South Africa, they’ve been looking to other Sub Saharan African countries – Namibia & Kenya.

Ice 3 exchange is another exchange that also offers South Africans trade into both bitcoins & litecoins.

KENYA – is hailed as the cradle of the continent’s mobile money revolution and is ubiquitous with leapfrogging and digital financial inclusion. The success of mobile wallets broke the psychological barrier associated with storing and transferring digital value over virtual networks. This tremendous shift bodes well for Bitcoin’s success in East Africa.

*Mobile money such as Mpesa, is a form of digital currency that is centrally issued, based on a trust network and 100% backed by fiat cash on a 1:1 ratio.

Is a Kenyan based startup that runs a bitcoin remittance service along the United Kingdom-Kenya corridor. A little over a month ago, BitPesa’s services launched. Charlene Chen, Bitpesa COO, stated “We are very happy with the uptake we’ve seen since launching our beta site. We are making plans to extend our services across East Africa (Uganda, Tanzania, and Rwanda).”

BitPesa offers a 7% fee reduction for international money transfer; traditional players in the region – Western Union, banks & MoneyGram fees range from 10% to as high as 24%! At a flat 3% fees, BitPesa hopes to offer a competitive solution for African migrant workers abroad. What’s more, they send the money directly into a beneficiary’s mobile wallet making it instantly available for use! The whole process takes 20 mins!

*I’m testing the service later this week with a friend in the UK. I’ll document the process –look out for a post on it if you’re interested.

TagPesa is a planned remittance service and crypto currency trading platform in SOUTH SUDAN & Kenya. It was funded purely in bitcoins by Seedcoin, a bitcoin startup incubator based in Honk Kong.

The founder, Nhial Majok is a native of South Sudan living & working in Asutralia. Nhial is quoted as saying “Our main focus for remittance in the first year of operation will start with the South Sudanese community in Australia – who in 2012 sent a total of AUD24.6Million dollars and paid AUD2.4Million approximately in fees.”

The team at TagPesa say they’re set to begin operations in August-September.

Kitiwa is a startup in Ghana that “helps ordinary Africans send and receive money, cheaply and instantly using the bitcoin technology”. Through their service and website, Ghanaians are able to convert Ghana Cedis into Bitcoins.  Large money transfer and financial services companies like PayPal & Visa have blacklisted several West African countries; impeding average Africans from transacting legitimate business online. Only a couple of weeks did PayPal extend their payment services to include Nigeria for example. 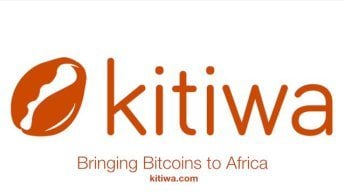 1 comments on “How is the Bitcoin Start Up Scene in Africa?”