Skip to content
You are at: Home » News » Adoption » Bitcoin is a radical change in the history of money

Most people underestimate how old the concept of money really is. While we currently know money in terms of paper bills and various types of coins, this is only the latest iteration of a monetary society. Back when the earliest writings known to man were discovered, they displayed a form of accounting, with balances and sheets. Even in those days, a monetary system already existed. 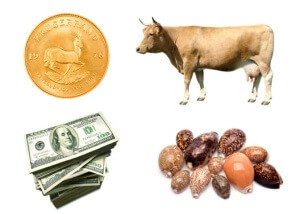 One could make the case regarding there not being any society in history that didn’t know what money was, or how they would implement such a system themselves. Based on this evidence, it looks like the concept of money is even older than the concept of language, which is quite a significant piece of history hardly anyone knows about.

An often heard argument is whether or not the concept of money is older than the invention of the wheel, which was an important milestone in human history. Academic research has unveiled that wheels were used as a form of money, making the monetary system much older than this amazing invention.

[tweet_box design=”box_02″]Bitcoin has been facing the same type of lukewarm reception that paper money faced centuries ago. Yet, everyone is now using paper currency.[/tweet_box]

Throughout the course of history, there have been multiple forms of money used by various civilizations. Some of the earliest forms are now referred to as “barter trades”, back when seashells and feathers were valuable commodities. One person would give up an item they needed to gain something else they needed, which is how the monetary system works since day one.

The evolution of money

Precious metals have been used to express value for quite some time now, as they are easily transportable, divisible, and universally valued for aesthetic purposes. Even though it took over a thousand years to introduce precious metals to the monetary system, the Babylonians, Greeks, and Romans made it work for them.

That situation lasted for another thousand years, until someone got the bright idea to make the monetary system even more convenient to use. The introduction of paper money was greeted with a lot of skepticism, as there is no intrinsic value to a number written on paper. After a 400-year period of slow adoption, paper money finally became a widespread form of ecosystem.

In fact, we are not the only species who are able to use a monetary system to advance our status in the community. Primates, also known as our forefathers, can be taught how to use money by using a specific type of stone, which can be exchanged for bananas. But as you would come to expect, any glimpse of prosperity brings a new set of problems with it.

Like humans, primates have quickly figured out how to prey on the weak once a monetary system had been introduced. Both armed robbery and prostitution are not uncommon among primates, as any of these actions has a high potential for a reward in the form of more bananas in the future.

It goes without saying that even the monetary system needs to be revamped every now and then. After a long period of solely relying on paper money, banks and other financial institutions started introducing card payments. These plastic cards originally served as a plastic version of the traveler’s cheque, introduced by Diner’s Club.

Such a radical change was also greeted with skepticism and apprehension, as plastic cards were trying to solve a problem that most consumers didn’t even acknowledge. Paper money is subject to tearing, damage, weather conditions deteriorating the paper, and theft. Once paper money is damaged or stolen, there is no way to retrieve the value for individual consumers.

After a period of nearly 60 years, card payments have become a preferred form of payment in most developed countries. Not all of these card payments are made with credit or debit cards, though, as banks have introduced their own plastic cards to customers. Especially e-commerce is seeing a tremendous boom ever since card payments were introduced as a form of paying for goods and services online.

Despite the huge promise offered by card payments, this has been one of the least secure forms of payment in the history of money. Card payments are subject to high fraud and chargeback rates, as cards can easily be cloned or stolen. Furthermore, this form of payment was never designed to be used on the Internet, yet it has become one of the most popular forms of transferring funds in exchange for items. 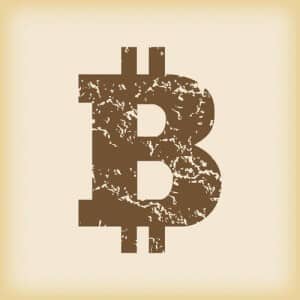 Fast forward until 2009, and all of a sudden there is this new, disruptive, and radical form of money called Bitcoin. When people were faced with the introduction of paper money, there was a lot of concern and skepticism. Bitcoin has been facing the same type of lukewarm reception, and it’s still fighting tooth and nail to change the public perception after six years.

Financial experts are referring to Bitcoin as an abstract form of money, which seems to be an aptly chosen terminology. There are many misunderstandings plaguing the Bitcoin ecosystem, including the ongoing debate about whether Bitcoin is anonymous or pseudonymous. Most people still assume digital currency is completely anonymous, but Bitcoin clearly is not.

Everyday consumers also fail to realize that Bitcoin is more than just a payment system or a way of transferring money around the world at next to no cost. Furthermore, Bitcoin is not the first type of digital money to be introduced, as this form of monetary system existed long before the concept of virtual currencies was unveiled to the world.

It will take some time until Bitcoin becomes a mainstream form of payment around the world. Until that time, the underlying blockchain technology keeps gaining more interest from all aspects of life, including finance, IT and many more. Transparency will become a more valuable trait in the business world in the next few years and the blockchain technology is capable of providing exactly that.