Skip to content
You are at: Home » News » Bitcoin already has its own ATM machine 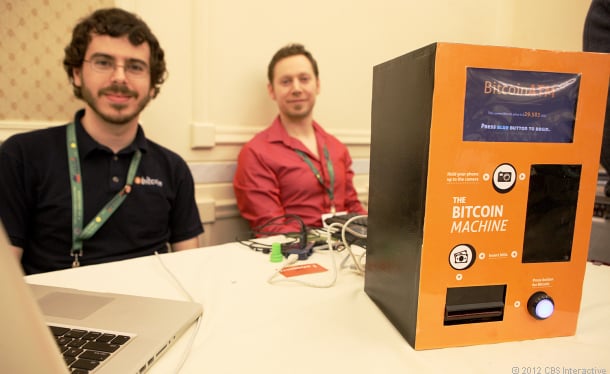 Two entrepreneurs from New Hampshire have created a different ATM machine. This one is called “The Bitcoin Machine” and converts dollars into Bitcoins.

Zach Harvey and Matt Whitlock’s idea is to sell this innovative device to bars, restaurants and other businesses in the United States of America, accelerating the integration of digital currency into traditional commerce.

This Bitcoin ATM accepts dollar bills and immediately converts them into Bitcoins, considering the current exchange rate at the moment and depositing the sum in your account.

The new device uses the same validation principle as vending machines. According to Zach Harvey, “it’s even easier than just using a regular ATM. You could probably do it in about five seconds. The thing that would take the longest would be the bill validator taking in the dollar”.

The two entrepreneurs are partners in the company Lamassu Bitcoin Advisors, based in New Hampshire. They’re hoping to commercialize this unusual ATM machine by selling it to retail businesses. Since some companies and retailers are starting to adopt Bitcoin, getting one of these might not be a bad idea.